An Advice to University Freshers 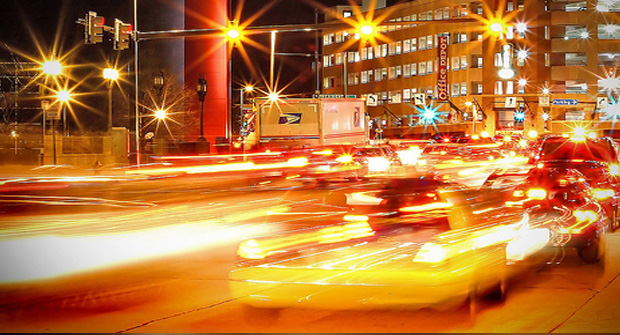 …at university, we are caught in a constant struggle between that which our Islamic morals and values call us towards, and that which typical university life tends to promote.

Islam is not, as many people incorrectly assume, merely a religion, but instead, a way of life which practically deals with all facets of human living encouraging both man and woman to live out their lives in the best way possible. Of course, it may be argued that this is something relative, but in defining the term ‘best’, a mere glance at the Qur’an, is enough to understand that the ‘best’ way is that which is in keeping with the highest morals and standards whilst perfecting our interactions with one another.

“Verily, this Quran guides to that which is most just and right and gives glad tidings to the believers who work deeds of righteousness, that they shall have a great reward.”[1]

In everyday life, no less at university, we are caught in a constant struggle between that which our Islamic morals and values call us towards, and that which typical university life tends to promote. Undeniably, the thrill of clubbing, consuming alcohol and drugs, and sexual flirtation (all of which are momentary) are attractive to young hearts and minds, yet the reality of these vices are more than apparent once the moments lapse. Clubs are indisputably the most wicked of places given that they manage to gather all forms of evil under one roof. Alcohol and drugs only provide a momentary lapse away from reality, but if reality is good as many claim, then why the need to leave it? Sexual flirtation only leads to more, and in the end we are left with fornication, adultery, unwanted pregnancies, sexually transmitted diseases, all abhorrent in the sight of God and corruptive in nature.

There is no lasting benefit from sin; indeed there can never be, for good is not borne out of wickedness but out of goodness: guidance from God which is accepted in the hearts of beings. Thus it is upon us to cling to that which is righteous in the sight of God and shun those who call us to disobedience. Indeed, our Lord is One and to Him alone are we obedient.

“…like one whom the Shayateen (devils) have made to go astray, confused (wandering) through the earth, his companions calling him to guidance (saying): Come to us. Say: Verily, Allah’s Guidance is the only guidance, and we have been commanded to submit to the Lord of the Alamin.”[2]

These shayateen work most notably as our peers at university, they encourage (unknowingly through their misguidance) that which is sinful, and in a bid to foster a sense of belonging we go along. Thereafter, we become caught up with the notion that religion is backward and that true rationality and sense belongs to that which is secular. So naturally, such an individual comes to feel inferior amongst his/her non-Muslim friends, and hides his/her faith assuming that it is something to be ashamed of.

Such a view is extremely wrong, not only from the point of view that low moral standards should never be perceived as being superior, but that the Muslim inherently accepts that death is inevitable and that the final judgement is the ultimate form of pressure (as opposed to peer-pressure) that we should conform to. Likewise we are told in regards to the various ways of life,

“And whoever seeks a way of life other than Islam, it will never be accepted of him, and in the Hereafter he will be one of the losers.”[3]

Furthermore, Islam is a perfect way of life, as God the Most High expounds,

“This day have I perfected your religion for you, completed My favour upon you, and have chosen for you Islam as your religion.”[4]

To be a Muslim is an honour that Allah the Most high bestows upon people, for had He willed we would have been misguided. Thus, Allah warns that if a people are to disregard such guidance they will be easily replaced,

“O you who believe, whoever from among you turns back from his religion (Islam), Allah will bring a people whom He will love and they will love Him…”[5]

“But honour belongs to Allah, His Messenger, and to the believers, but the hypocrites know not.”[6]

The Muslims, those who truly submit to God and are conscious of His divine presence not only live in ways that are most upright, but carry a sense of nobility and superiority in being the true worshippers of the Most High. They neither feel a sense of shame nor are they shy about that which Allah has ordained, but instead, speak openly in righteousness, calling towards it, and are committed to Islam and content with it in this life, whilst hoping for God’s mercy and eternal success in the next.

“You are the best of peoples ever raised up for mankind; you enjoin good and forbid evil, and you believe in Allah..[7]

It is in this vein that the Prophet Luqman advised his son, and in understanding the will of his Lord, he said,

“O my son, if it is equal to the weight of a grain of mustard seed, and though it is in a rock, or in the heavens or in the earth, Allah will bring it forth. Verily, Allah is Subtle (in bringing out that grain), Well-aware (of its place). O my son, establish prayer, enjoin good, forbid evil, and bear with patience whatever befalls you. Verily! These are some of the important commandments ordered by Allah without exemption. And turn not your face away from men with pride, nor walk in insolence through the earth. Verily, Allah does not like an arrogant boaster. And be moderate (show no insolence) in your walking, and lower your voice. Verily, the harshest of all voices is the voice (braying) of the ass.”[8]

To act in the way that Luqman advised his son is neither archaic nor ‘outdated’, but incorporates that which any individual with sound intellect would state was good advice. Many modernists claim that Islam must be changed for contemporary society but they overlook the fact that Allah is timeless and so are His words. Thus, the Qur’an is timelessly applicable, the principles it establishes are evidently divine given the great spiritual and wordly benefit that is accrued from them.

In analysing the contradictory claims of Western secularism that Islam and its tenets are archaic, we note their criticisms of the implementation of capital punishments which they claim demonstrates Muslim barbarism. However, it is extremely contradictory that those who scorn the shari’ah for capital punishments (especially neo-cons) have nothing to say about the fact that the US (a neo-con government) also imposes the death penalty, either by frying you (electrocution) or poisoning you (lethal injection). Many people claim that were shari’ah to be implemented to the fullest extent everyone in the UK would either be beheaded or amputated, a preposterous claim which actually implies that all British people are criminals! Furthermore, many secular Britons have repeatedly iterated that shari’ah has no place in British society and law, yet, not only has Islamic finance been thriving in the west where Britain’s Islamic finance sector is bigger than many ‘Muslim’ countries such as Pakistan and Egypt (as well as 55 colleges and professional institutions offering education in Islamic finance in Britain – more than anywhere else in the world!), but the government has sought to promote it and is currently taking into consideration the ethical grounds upon which it stands as Islamic banks have come out of the current financial crises in much better standing than conventional banks.[9]

This shows us that those who claim that Islam is archaic merely speculate, as actions (such as the government seeking to promote Islamic finance) speak much louder than words. Thus, in analysing the reality of Islam as an intelligent individual, there can be no doubt that the divine way of life ordained by Allah the most High is of the highest merit. Islam is supreme and will continue to be, something Muslims wholeheartedly submit to, and the path that guides to God is indisputably the supreme one.

“Say: This is my way, I invite to Allah with sure knowledge, I and whosoever follows me. Glorified and Exalted be Allah and I am not of the polytheists.”[10]