#STAND4UYGHURS
Home / Special / Babar Ahmad / Detention of Babar; A Failure of both Politics and the Law 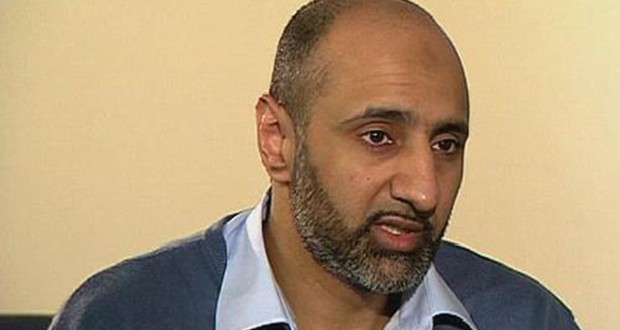 Detention of Babar; A Failure of both Politics and the Law

On 24 September 2012, the European Court of Human Rights (ECHR) drove the final nail in the coffin of Babar Ahmad’s 8 year fight against extradition to the US, dismissing claims that a potential life sentence at ADX Florence would amount to torture or inhuman and degrading treatment.  It also exhausts all potential remedies in the UK and European Courts. With the exception of fleeing to the Ecuadorian Embassy, the only sliver of hope that remains is a legal long shot – a private prosecution by Karl Watkins.

Babar’s story is one punctuated by a number of glaring injustices, which those sympathetic or not, would find hard to justify let alone excuse.

Of these, we could cite the 73 separate forensically identified injuries he sustained on his initial arrest in 2003 – both his urine and ears bloodied. Doubt was cast over his allegations of degrading religious abuse by the arresting officers, who according to Babar, forced him in to the Muslim prayer prostration position shouting ‘where is your God now?’ However the officers’ claim that the injuries were self-inflicted, their notes in the immediate aftermath of the arrest going amiss, evidence from even the prosecution’s medical experts, the officers’ own eventual admission of wrongful conduct and payment of compensation all indicate to the reasonable and intelligent observer that Babar’s claims of severe Islamophobic insults and violence are more than believable.

Babar’s success in his civil action could be taken as a rare glimpse of justice in an otherwise tragic story. However in typical OJ Simpsonesque manner, what the officers admitted in the civil proceedings, they were acquitted of in the criminal proceedings.

The most uncomfortable aspect of Babar’s story though is how British and European justice abjectly failed him as an individual and us as a society. The case presents an affront to long standing fundamental and internationally agreed norms. In Western and presumably ‘civilised’ liberal democracies, innocence is presumed until guilt proven. Yet Babar has not even been charged, but has spent 8 years in detention. The Government nonchalantly relies on the technicality that this is because his case was pending at the ECHR. But how is it that an individual who the Crown Prosecution Service chose not to prosecute for lack of evidence, could be detained indefinitely because he sought redress at the ECHR? And why would the ECHR take so long to deliberate over a case when each second delayed was a second added to detention without charge let alone trial?

Consequently Babar Ahmed has remained behind bars for 8 years without any allegation being tested against him or any questions being asked of those requesting his extradition. Undoubtedly not only does the UK have a responsibility to try its own citizens whenever possible, but also to protect them in the face of flimsy allegations and inadequate evidence. This constitutes a greater breach of British sovereignty and betrayal of democratic trust then any Eurosceptic could ever allege. Certainly we have an interest to prevent British subjects being extradited to a jurisdiction which has created establishments such as Guantanamo so as to be immune from human rights obligations, sought to legitimize torture in interrogations, instituted a practice of extraordinary renditions and presided over some of the most grotesque abuses of prisoners in Abu Ghraib and Bagram. Surely more than eyebrows should be raised as to the feasibility of a fair trial in such a country, so drunken still with the rage of crimes committed against it that it stops at little to lash out at anyone perceived to be associated with its enemies.

However, perhaps the greatest tragedy in Babar’s story is that to this day he is still to have his day in Court. At no point have the US’s allegations against Babar ever been made known in their specific detail. The two substantive questions of his link with a website and its content have never been posed nor contended in any public court of law. Even the supposed bastion of human rights in Europe and Babar’s last hope, the ECHR, was limited to considering whether Babar would suffer a from torture or inhuman and degrading treatment, if extradited. The very fact that he was never charged by UK authorities meant he was unable to challenge the substance of the case against him and thus the basis of his extradition. Nor was the non-reciprocal 2003 US-UK extradition treaty subject to any contention, which absolved the US of any rigorous evidentiary requirements for extradition requests to be granted by the UK.

Babar Ahmad’s case continues to provide a sobering case-study that exposes the failures of the legal system and political establishment, especially in the face of overwhelming outcry by the British public, with more than 140,000 signing a petition to have Babar tried in the UK and the US-UK extradition treaty reviewed.

Notes: This article was originally published in the independent online magazine www.opendemocracy.net
Sources:www.islam21c.com
Islam21c requests all the readers of this article, and others, to share it on your facebook, twitter, and other platforms to further spread our efforts.
BABAR AHMAD 2012-10-01
Murtaza Shaikh

Previous: An Advice to University Freshers
Next: Submit an Article