HHUGS: An Embodiment of the Spirit of Karbala 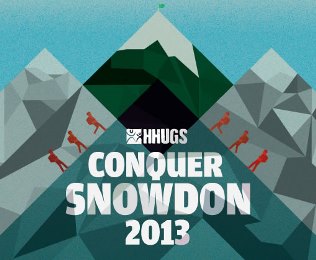 Are we like these people, full of bravado and boasting, but when it comes to getting actively involved in fighting injustice, we retreat behind our computer screens, too afraid to do more than ‘like’ a status update, if even that?

Last Thursday was the 10th of Muharram, a momentous day in the history of Islam, the day on which the Lord of the Worlds gave victory to His Messenger Musa (‘Alayhisalam) and saved him and his people from one of the greatest tyrants to walk the face of this earth, the mighty Firaun. So significant is this day in the year that both Muslims and Jews venerate it by fasting in gratitude to Allah for His mercy.

Thousands of years later on this very day, another significant event occurred which shook the Muslim world to its core and as a result of which deep schisms were created in the Ummah which continue to plague us to this day. Contrary to the time of Musa (‘Alayhisalam), it was a day in which tyranny prevailed and the beloved of Allah, the grandson of the Prophet (Sallahu ‘alayhi wa salam) Hussain ibn Ali (RadiAllahu ‘anhu), his family and supporters, were martyred. It was the day of Karbala.
Any discussion surrounding the events of Karbala is bound to be controversial and trigger passions and emotions from all sides. For this reason, many avoid the topic altogether. However, like any historical incident in our history, our primary focus should be on the lessons we can draw from the event and how we can implement those lessons in our lifetime. So whether the primary blame for the murder of Hussain (RadiAllahu ‘anhu) lies with Yazid ibn Muawiyyah, Ubaidullah ibn Ziyad, Umar ibn Saad, or Shimr ibn Zhil Jawshan makes no essential difference to us. They were all complicit in the crime that was committed and will have to answer to Allah for it.

But what should we take from Karbala that we can implement in our lives today. The stance of Hussain (RadiAllahu ‘anhu) and his supporters was one that should resonate with all of us today – that of standing up to injustice and tyranny and fighting for victory irrespective of numbers or popularity. Karbala was the victory of integrity over treachery, determination over docility, and courage over cowardice. While it is usual to draw comparisons between siding with the Hussains or Yazids of our times, Karbala has a far richer heritage than this. The episode is filled with heroes and villains and we need to decide in whose footsteps we will follow.

Will we be like the people of Kufa? The masses who sent thousands of letters to Hussain (RadiAllahu ‘anhu) urging him to come to Kufa to become their leader; the people who pledged their allegiance in their thousands to Hussain (RadiAllahu ‘anhu) at the hands of his cousin Muslim ibn Aqeel, only to abandon him at the first moment of difficulty. It is reported that of the 12,000 who pledged allegiance, only 4000 were willing to accompany Muslim ibn Aqeel to fight Ibn Ziyaad’s army and secure the release of Hani ibn Urwa, a courageous man who was detained for harbouring ibn Aqeel in his home. By the afternoon, this number had reduced to 400, by maghrib it was down to 30 and by the time Ibn Aqeel had completed leading the prayer, he was on his own with no food, no drink, no money and no shelter.

Are we like these people, full of bravado and boasting, but when it comes to getting actively involved in fighting injustice, we retreat behind our computer screens, too afraid to do more than ‘like’ a status update, if even that?

Or will we be like the courageous hero, Hani ibn Urwa, who risked his life giving shelter to ibn Aqeel and was willing to be imprisoned rather than betray him to the authorities who wished to cause him harm? In a similar vein, we have the spirited example of the old lady who opens her door to a desperate ibn Aqeel and offers him shelter and protection, despite the great risk to her own safety by doing so.

We can either choose her example or that of her son who was blinded by the pursuit of money, betrayed his own mother’s trust and reported ibn Aqeel’s presence at his home. Ibn Aqeel was detained and subsequently executed on the Day of Arafah. His betrayer lived a little longer and a little wealthier but may have sold his hereafter for a worldly price.

In our times, how often do we take that dangerous step to even associate with, let alone offer our support and protection to our brothers and sisters accused of being threats to national security, in much the same way as ibn Aqeel was? Of course there is a risk involved and naturally it is easier to remain as silent bystanders. For those of us striving after an easy life, there is limitless funding at the disposal of the powers that be to betray your brothers and sisters.

Justice demands that we do not remain bystanders like the people of Kufa who were nothing more than paper tigers whose betrayal led to the murders of Hussain ibn ali (RadiAllahu ‘anhuma), Muslim ibn Aqeel (RadiAllahu ‘anhu) and dozens of other men, women and children. Justice dictates that we behave with courage and selflessness to assist our brothers and sisters when they are at their most vulnerable.

Karbala has inspired me to support Helping Households Under Great Stress (HHUGS), a registered charity that assists, protects and shelters the most vulnerable families in the UK today, who have been betrayed by the silence and inaction of the majority. This Muharram, I will be trekking up Snowdon to raise funds for HHUGS. It is never too late to join the cause of justice. Please support HHUGS by visiting www.justgiving.com/Fahad-Ansari and sponsoring me or better yet, join me on the mountain.