The Power of Words: Unveiling the Politics of Dehumanisation 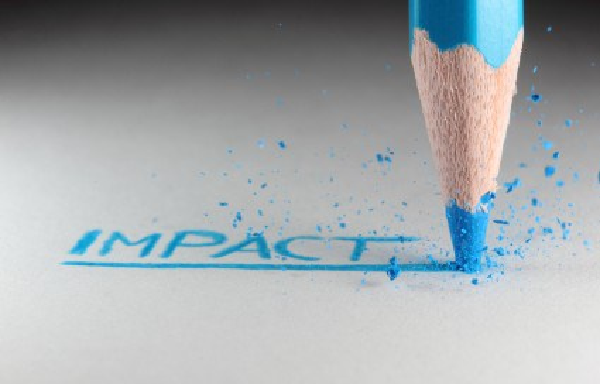 “It is true that the Jew is a human being but so is a flea a living being – one that is none too pleasant … our duty towards both ourselves and our conscience is to render it harmless. It is the same with the Jews.”

These were the words of Joseph Goebbels, the Nazi Minister of Propaganda under Hitler. Such comments were typical of the discussions that abounded in Nazi circles about ‘the Jewish Question’. In what was a deliberate strategy of dehumanisation, the Nazis also described and portrayed the Jews as rats and vermin, bringing plague, disease and death with them wherever they went.

In 1994, during the genocide of almost one million Tutsis in Rwanda, state controlled radio routinely described the minority Tutsis as inyenzi and inzoka, Kinyarwandan words meaning ‘cockroach’ and ‘snake’ respectively. Around the same period, Serbs in Bosnia were slaughtering Croats and Muslims who they routinely characterized as ‘subhuman’. More recently, Buddhist Monks butchered Rohingya Muslims in Burma spurned on by leaders who described the minority as “mad dogs”. [1]

Any study of an episode of ethnic cleansing or genocide in history is likely to demonstrate that the massacres were proceeded by a deliberate campaign of dehumanisation, a psychological process whereby the enemy Other was viewed as less than human and thus not deserving of moral consideration. For it is the denial of the humanity of others that is the initial step that permits killing with impunity. The universal human abhorrence of murder of members of one’s own group is overcome by treating the victims as less than human.

It should therefore be of great concern to us when we see any minority group dehumanised in such a way and compared with or equated with animals or beasts. For this line of attack to come from elements of the vitriolic tabloid press is unfortunately to be expected. It is when mainstream commentators associated with the Left draw such parallels that alarm bells should be ringing.

Last September, the Independent columnist Yasmin Alibhai Brown wrote a piece [2] in which she described veiled Muslim women as a “guerrilla army of Muslim Salafists”.

Following a debate on the niqab in Britain last week, Alibhai Brown used the same phrase to describe the audience of veiled women, but with a slight difference. She replaced the words ‘Muslims Salafists’ with ‘bats’. Her tweet [3] in full read

“Still #c4news after fleeing the guerrilla army of bats, a niqabi came up & was just lovely and honest. If she takes it off we’ll be besties”

Mrs Alibhai Brown has every right to express her disagreement with those who choose to don a piece of cloth across their faces in accordance with their religious beliefs. However, by resorting to such crude remarks, not only does she undermine any strength in her own arguments but also engages in the tactics of dehumanisation of the minority Other that was implemented with catastrophic results in Nazi Europe, Rwanda and the Balkans.

As an award winning journalist and writer, Alibhai Brown would know the power of words and the images that they can evoke. Her deliberate use of the term ‘guerrilla army’ implies rebellion, foreign, hostility, violence, subversive and terrorism. Her calculated use of the word ‘bats’ raises images of evil, death and disease. Conjoining both phrases to label a minority of the Muslim minority in this country, amidst a climate of growing intolerance and xenophobia, is both irresponsible and dangerous. Words can create all kinds of powerful symbolic imagery, create the image of a threat that desperately needs to be dealt with, and dehumanise a people so effectively that inhumane treatment seems not only justifiable but necessary.

As philologist and Nazi victim Victor Klemperer has noted, “Nazism … crept into the flesh and blood of the masses by means of single words, turns of phrase and stock
expressions which, imposed upon the people a million times over in continuous reiteration, were mechanically and unconsciously absorbed by them.”

Alibhai Brown’s tweet should not be viewed in isolation but as part of a growing pattern from mainstream commentators and politicians from across the political spectrum. At the Channel 4 niqab debate Alibhai Brown sat on the same side of the table a man who once described her as “the stupidest woman in Britain”,[4] Douglas Murray. At one point in the debate, Murray responded to a veiled woman discussing the European Convention of Human Rights with the following:

“There is something fundamentally ludicrous about somebody dressed as you are to talk about human rights.”

For Murray, far from being afforded the protection of human rights, veiled women should not even talk about such matters. The insinuation is that human rights belong to humans, not those he perceives to be subhuman. Murray stopped short of calling for a complete ban on wearing the niqab in public but simply said that it should be “discouraged” without detailing how.

We should be wary. Murray is a writer with a chequered history of rabble rousing and inciting hatred against Muslims. He has previously described [5] Islam as “the AIDS of the West” and demanded that “conditions for Muslims in Europe must be made harder across the board” and that “all immigration into Europe from Muslim countries must stop”. He is someone who has defended [6] the English Defence League (EDL) referring to it as the kind of “grassroots response” to Islamism he would like to see.

Commentators such as Douglas Murray should not be permitted to air their inciteful views on national television. By placing him alongside the slightly more respectable Alibhai Brown, Murray’s views are deemed acceptable. But when Alibhai Brown resorts to the same tactics of dehumanisation, we, as a society, should be concerned.

Last year, academics at the University of Leicester found evidence [7] of a correlation between the niqab ban in France and increased levels of anti-Muslim hostility towards veiled Muslim women in the UK. No such ban yet exists in Britain but nevertheless, an increasing number of Muslim women in hijab and niqab are being verbally and physically attacked on our streets, their assailants justifying their actions by reference to the statements of politicians and the press. Most people of reason would refer to such actions as Islamophobia. Not Douglas Murray. For him, this is a “nonsense term” [8]. Alibhai Brown would probably disagree with Murray on this but by equating the victims with animals, she is complicit in the violence.

Notes:
Source: https://islam21c.com/
Islam21c requests all readers to share this article on your facebook, twitter, and all other platforms in a bid to spread our efforts