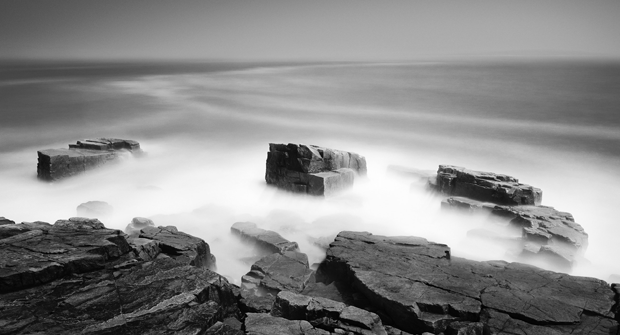 The Catholic church’s views on a number of issues from contraception to homosexuality are not unbeknownst to most. In August of this year, Catholic Care, a Catholic charity, lost in an appeal to prevent homosexuals from adopting their children.[1] The Charity Commission, in its infinite wisdom, said gay people were suitable ‘parents’ and religious views did not justify discrimination. Recently, the Pope’s visit prompted remarks by even those who admire him that they do not agree with his views on abortion or homosexuality. Once upon a time, homosexuality was, of course, wrong in Britain. Oscar Wilde famously found himself behind bars for sexual deviance in 1885, yet today a critic of his orientation is more likely than Wilde to find himself on the wrong side of the law.

The consequences of the sexual revolution mean that it is now the norm for couples to have relationships with their partners as opposed to being married to their spouses. In 2006, 40% of children in UK were born out of wedlock, compared to 12% in 1980.[2] There is a derogatory term in the English language for such an offspring, reflecting the taboo that was associated with being born out of wedlock. But times have changed, and so have the rights and wrongs of society.

What was wrong yesterday is right today. What was immoral then is moral now. What was punishable then may even be praiseworthy today. There are no moral constants. There is only one constant – liberal individualism. Once there is enough of a critical mass to argue in its favour, laws will change, and with it society’s values. A hundred years ago, sodomy was a crime but today it isn’t. Today incest is a crime. What guarantee can liberal Britain give to this generation that in another hundred years it will not be a crime, but be justified on the basis of the individual rights of consenting adults?

In the midst of this moral vacuum, there a disturbing voice – a voice of Muslim silence. An insecure minority, keen not to rock the boat, want to keep their opinions to themselves. While society is evolving around us in a way that is unacceptable to our faith, we remain quiescent, feeling vulnerable in a society that seems to be becoming increasingly hostile towards us.  The last recollection I have of any Muslim voicing his religious views on these matters is of Iqbal Sacranie, former head of the Muslim Council of Britian who was lambasted for suggesting that homosexuality is harmful.[3]

We have an ill-perceived notion that it is socio-politically expedient to not offend, out of fear that by doing so we will harm our fortunes or our safety in British society. We fear that those on the left who have traditionally supported us against the far-right and fought our corner for civil liberties will abandon us and stand against us. But our protection is not in our hands, nor in the hands of the British government or its public, but from Allah.

“And if Allah should touch you with adversity, there is no remover of it except Him; and if He intends for you good, then there is no repeller of His bounty. He causes it to reach whom He wills of His servants. And He is the Forgiving, the Merciful.”[4]

“And your Lord would not have destroyed the cities unjustly while their people were reformers.”[5]

“When they disregarded the warnings that had been given them, We rescued those who forbade Evil; but We visited the wrong-doers with a grievous punishment because they were given to transgression.”[6]

Over the last few years, Muslim leaders have been jumping over each other to declare to much publicity and fanfare the true Islamic position on terrorism – and rightly so, as it is a scourge that is causing the loss of innocent lives, causing incalculable loss, and harming the name and cause of Islam. Why then isn’t there the same eagerness to declare the truth and publicise it with press releases and proclamations when it comes to homosexuality, promiscuity, alcoholism, atheism, liberalism, hedonism and indecency that are greater threats to the very fabric of Western society and civilisation than any band of potential would-be suicide bombers? Why do the same charismatic speakers become mealy-mouthed and timid when it comes to standing up for what Allah has made lawful and prohibited, and His rights:

“And remember Allah took a covenant from the People of the Book, to make it known and clear to mankind, and not to hide it; but they threw it away behind their backs, and purchased with it some miserable gain! And vile was the bargain they made.”[7]

How is it that American and European governments stipulate that Muslim countries amend their academic syllabi to make it less offensive to the West, yet no one amongst the Muslims – neither a scholar, a government, or an organisation would dare challenge what children are taught in British, American or European schools however much it may contravene the laws of the Creator, while Allah has said:

“You are the best nation produced [as an example] for mankind. You enjoin what is right and forbid what is wrong and believe in Allah . If only the People of the Scripture had believed, it would have been better for them. Among them are believers, but most of them are defiantly disobedient.”[8]

No one in society can be immune from the influences of social norms, and our children grow up with these values – or lack thereof – around them. Much of what we learn of our value system is not learnt because of what is said to us, but what may be unsaid; that which is discerned from the society around us. Growing up in Muslim countries, many of us may not ever remember being told that having a girlfriend or ‘partner’ was wrong – but it was implicitly understood. Today, society teaches our children something we would rather they didn’t learn, and our children see our silence before it all as dumb spectators.[9]

Why were there not, among the generations before you, persons possessed of balanced good sense, prohibiting (men) from mischief in the earth – except a few among them whom We saved (from harm)? But the wrong-doers pursued the enjoyment of the good things of life which were given them, and persisted in sin.[10]

We must speak out against what is wrong, sinful, and displeasing to Allah in society around us. Our scholars, leaders and preachers have a responsibility to take this lead. If we do not enjoin what is right and forbid what is evil, then what sort of protection do we hope for? We need to speak up for the sake of ourselves, for the sake of our children, and for the sake of our hereafter. We need to speak out for the sake of Muslim orphans who may find themselves being adopted by gay couples. Adultery, homosexuality, fornication are wrong and displeasing to God, and can never be right. There is no compromise in this. We do not want to be unjust to anyone but we should exercise our right to express what our religion teaches, and what is our duty to convey. Perhaps as a result of our speaking up and breaking this unworthy silence, Allah, we hope, will protect our future generations from the immorality that is so loathsome to our faith. Let us have faith, hope and trust in Allah, for Allah alone is our Protector.