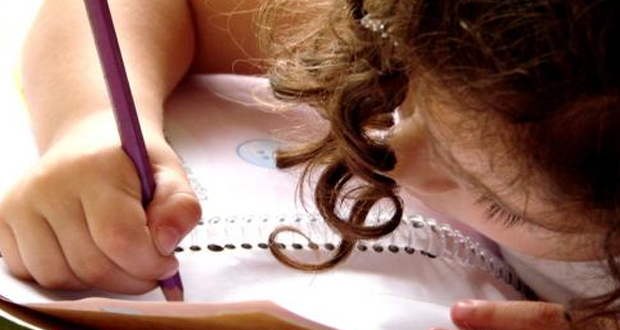 As parents we worry about many matters involving our children – their religion, health and provision are all issues of concern to us; indeed, amongst these, is the issue of education. A question that all parents ask themselves is ‘what is the best way to educate our children and what are our options?’ Most people are aware of the public and private schooling systems in the UK and the pros and cons associated with both. But are there other options we should be considering such as home-schooling? Do we know enough about it to make an informed decision regarding it?

Home schooling or home education, is the process of teaching one’s children in the home instead of sending them to school. In Britain, there has never been a legal obligation for parents to send their children to school. The only demand is that every child receives an “efficient full-time education suitable to his age, ability and aptitude…either by regular attendance at school or otherwise.”[1] Within this definition, parents or legal guardians have generous latitude and much freedom. For instance it is not required of them to follow the national curriculum.

Over the past decade, the ranks of families home-schooling have grown dramatically and there are signs that home-schooling parents are doing a better job than public schools at teaching their children.

The National Home Education Research Institute reports that 2 to 2.5 million students were being homeschooled for the 2007-2008 school year within the US (where home schooling first took hold in the modern era). In addition, it has been reported that home-schooling rates rise 5 to 12 percent each year. So home schooling it seems is the fastest growing educational trend in the US, and that trend is ever expanding.

Unfortunately, in Britain, parents needn’t report their choice to educate their children at home. As a result, Local Education Authorities do not hold accurate figures of home educated children in their respective areas. This was demonstrated in a study called, “Prevalence of Home Education in England – A Feasibility Study” which was forced to conclude that “it is not feasible to reliably ascertain the prevalence of home educated children through a national survey.”

What we can conclude, however, is that there are signs of a rising number of homeschoolers in the UK based upon a Channel 4 report carried out in 2007. Researchers found that of the local authorities that replied to a freedom of information request, 80% reported a significant year on year increase in numbers of homeschoolers they knew of.

But why are so many people turning away from the public schooling system? In 2003 the US Department of Education carried out a survey to ascertain the reasons parents decided to home school. The three reasons main cited were concern about the school environment, to provide religious and moral instruction, and dissatisfaction with the academic instruction available within the public schools. From the little research available in the UK the trends seem to be similar.[2]

As for the benefits to home-schooling, ‘home-schoolers’ would argue that there are many. In the first instance, some parents would question whether schools and teachers alike have understood what education is and what the aims of education are. When the National Curriculum appeared in 1988 in the UK, it would seem it was all but aimless. In the 1990’s increasingly more individuals began to question the curriculum and wanted to know what it was for. The Labour government and the Qualifications Curriculum Authority (QCA) responded and devised an extensive set of aims which can be found at the beginning of the New Handbook on National Curriculum. Great emphasis is placed on the well-being of pupils, practical reasoning, and preparation for civic life. Over half of the list of aims is centred on personal qualities and one third covers knowledge.

However, the aims were laid down after the establishment of the national curriculum. Hence they do not seem to be a coincident, despite attempts by the QCA in 2005 to develop an aims-based national curriculum. This should be very concerning to all parents and guardians. It was also interesting that all the teachers that I have spoken to have little or no knowledge of these aims. So what are our children being taught to do at school – pass exams? What about the personal qualities, knowledge and skills these young people need to develop?

Educating one’s children at home would allow parents to define these aims and design a curriculum based around a clear picture of the sort of person we would like a young person to become. For a Muslim, the aims of education may be to produce a righteous being. We as Muslims want our children to be believers in the oneness of God, worshipping Allah willingly and lovingly. We also want them to understand and act upon the manners of the Prophet (peace be upon Him). We would want them to play a positive role in society and this would require certain knowledge, skills and characteristics. A young person would need to attain the skills to gain employment in the future and to prepare him/her for what lies ahead.

Homeschooling gives parents the flexibility of time and allows quality time with your children in a learning environment. The process of home schooling a child also takes less time than it does for the child to go through a regular day in public school allowing more time for them to pursue interests. Due to parents being the primary educators in most home schooling situations, it gives parents a greater awareness of how their children are progressing. This allows studies to be tailored to their abilities and progress, something that would inevitably be difficult in a class of thirty.

Homeschoolers also argue that children taught at home are more likely to be academically successful as demonstrated by home schooling statistics in the USA. Dr. Brian Ray, one of the leading home-school researchers carried out a study of 5402 home school students entitled, ‘Strengths of Their Own: Home Schoolers Across America.’ The study found that on average homeschoolers outperformed their counterparts by 30 to 37 percentile points in all subjects. These findings were further strengthened by a study carried out, under the supervision of Dr. Lawrence Rudner, of 20,760 home schooled students which found the home-schoolers who had been home-schooled all their school aged years and had the highest academic achievements.

Another interesting finding from Dr. Ray’s study was that there were no significant differences in terms of academic achievement between races or socio-economic background whereas in public schools the considerable differences are well established.

There are, however, also down points it seems. Unfortunately, not all home-schoolers take standardized tests, and some argue that the better students are the ones volunteering to do so. It’s also difficult to assess how a child who is home schooled would have done in a traditional school. Some suggest that due to the paucity of research, no one can say much more than this: home schooling seems to require the same formula for success as parenting, which is to say, it can work when the parents are loving, open-minded, and dedicated.

The thus far steep growth of home-schooling does have limits, as it takes a galactic commitment of time, money and patience for a parent to spend all day, every day, relearning algebra and then teaching it. It requires time and effort to prepare lessons, organise trips, activities, and opportunities for home schooled students to develop friendships and pursue interests. It’s fair to assume that some parents won’t want to give up those quiet hours when the kids are at school. The current economy may also begin to thin the ranks of home-schoolers, if parents have to take a job. Free public school will start to look more inviting.

Another concern that has been voiced by many camps, is the lack of opportunities to develop social skills for the home schooled. Yet the homeschoolers would argue otherwise. In a survey conducted by Dr Ray of seven thousand adults that had been home schooled, he found

It is understood that parents will be responsible for the social development of their children. Parents must be diligent in ensuring their offspring have ample opportunities to be with others. To assist in this there are now home-school support groups available in most major cities of the UK and all states in the US.

Another concern is that parents will not have expertise in various fields like the teachers collectively would do at school – thus disadvantaging their children by teaching them at home. According to the Office of National Statistics, in 2004, one third of Muslims of working age had no qualifications. Only 15 percent of Muslims in the UK hold a degree. Over half of the Muslims in the UK are of Pakistani or Bangladeshi origin, and excluding those of Black Caribbean/African descent, have the worst academic achievements with less than 40% of them achieving 5A*-C’s in 2004. Would the majority of Muslims in the UK be capable of home schooling effectively?

The counter argument is that there are many resources available to home-schoolers now. From books to DVDs designed by leading teachers in their respective subjects. With these resources at our disposal those parents with a good level of literacy and numeracy skills could, with some effort, assist their children in learning any subject.

One could not be blamed for wondering whether there is any evidence against home-schooling. Well in reality there’s not much. There are a few case studies, and although valuable lessons can be learnt from these, sweeping statements cannot be made. The reasons for the lack of evidence against home schooling could be due to the fact that the burden of responsibility to prove the validity of home-schooling is upon the home-schoolers themselves. It is also a relatively young movement.

In conclusion, home schooling it would seem is a viable option for those parents with a good level of literacy and numeracy skills, who in addition are willing to make a sacrifice. The evidence for home-schooling, although not conclusive, seems to be positive. It is something that all families should look into. However, as previously mentioned, homeschooling is unlikely to be for everyone, but even if we decide to send our kids to school, every parent should realise the importance of taking responsibility for their children’s education and not to rely completely on others.