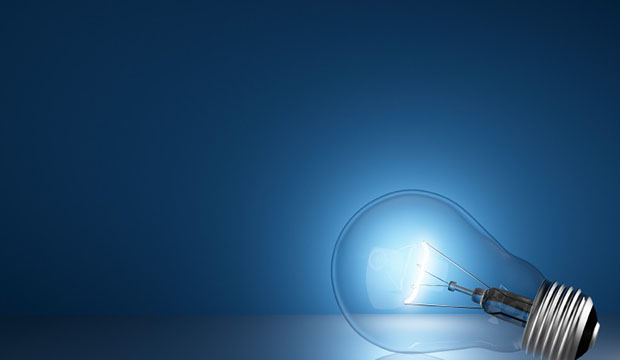 It is thought by some that natural science has a deadening influence on the imagination… But the experience of the last hour must, I think, have convinced you that the study of natural science goes hand in hand with the culture of the imagination. Throughout the greater part of this discourse we have been sustained by this faculty. We have been picturing atoms, and molecules, and vibrations, and waves, which eye has never seen nor ear heard, and which can only be discerned by the exercise of imagination. [John Tyndall][1]

Imagination, as Tyndall saw, is not so much a preserve of the arts as a common faculty deployed for various uses. Yet the way in which it is characterised normally aligns it with issues of creativity and the discipline of the arts. This is not particularly surprising given the unhelpful division that lies at the heart of almost every educational system around the world, with the arts on one side and science and mathematics on the other. Yet what Tyndall shows is that the faculty of the imagination is much more productive than simply the capacity within individuals that enables the production of art and culture. What this short article will argue is that imagination is a key part in the processes and practices for achieving social change because it is formative of the world.

In order to think of imagination in this way one has to grasp its centrality in our conception of the world. Imagination, I want to argue, is formative of the world in the sense that it is under the auspices of this faculty that the sensory data we each receive is assembled into a picture of the world. Yet were this to be the extent of the role of the imagination in our conceiving of the world we would have to concede such a faculty to animals as well as to humans, for animals too have a picture of the world configured according to the data of their senses. In human beings though, our imagined pictures of the world coexist with cultural meanings as given to us through the discourses that circulate within society. As such, our pictures of the world are not merely the totality of sense data we receive but types of fiction in which we locate ourselves and others. This fusion between the imagined picture of the world and the meanings associated with it takes place within the faculty of the imagination and is as reflexive as seeing pictures in clouds – something we can scarcely stop ourselves from doing.

A good illustration of this way of thinking about the human faculty of imagination is Benedict Anderson’s well known idea of the nation as an imagined community:

It is imagined because the members of even the smallest nation will never know most of their fellow members, meet them, or even hear of them, yet in the minds of each lives the images of their communion…it is imagined as a community because, regardless of the actual inequality and exploitation that may prevail in each, the nation is always conceived as a deep, horizontal comradeship. Ultimately, it is this fraternity that makes it possible, over the past two centuries, for so many millions of people, not so much to kill, as willingly die for such limited imaginings.[2]

The nation therefore exists in the mind as much as it does in concrete objects like maps and national border patrols. Indeed, it is only when it exists as an idea that a nation becomes properly functioning. If, on the other hand, there are competing ideas of the nation then these often threaten its imagined unity and this is in fact one of the defining problems of many of the globalised-multicultural-societies that exist in the 21st century. Yet if Anderson’s phrase of the nation as an ‘imagined community’ has been illuminating, it has also illuminated the role that concrete objects like maps, official laws like those concerning national borders and national holidays, as well as the stories associated with any society play in furnishing national imaginaries with a sense of shared space that is more than demographical or even simply geographical. The role of the imagination therefore emerges as crucial in sustaining our sense of the world, and how we imagine the world determines how we relate to it and what we feel able to do or not do ‘in’ it.

In his documentary on ‘Race and Intelligence: Science’s last taboo’, Rageh Omaar spoke to Dr William Henry an Anthropologist and youth worker who spoke candidly about some of the black youth with whom he works. ‘When you talk to a lot of them’, he says, ‘they think to be intelligent is to be white; to be intelligent is to act white; to speak a certain way is to be white; having a half decent vocabulary is to be white, to read a book is definitely white’.[3] Imagined as such the relationship many black students have toward learning cannot but generate a deep ambivalence, and even if this is only one factor amongst other more traditionally sociological factors (like socio-economic backgrounds) it is one that highlights the importance of the imagination in both enabling and disabling individuals. To build on Henry’s observations and experience: in such an imagined state of affairs it is easier to create and buy into a counter culture that provides a different set of coordinates – where knowledge of the street, a way of speaking that is distinct from the mainstream, and where intelligence wrapped up in how well you can navigate this alternative world is prised over and above intelligence at school and in more conventional settings.

To change these young people’s views, as Henry himself avers, is to challenge first and foremost their imaginings about the world and their place in it. Indeed, bell hooks said something similar in an interview in 2006 when she spoke about her experience as a lecturer at Yale University and then as a lecturer at a state school campus in Harlem. ‘The first thing I noticed’, she says, ‘was that my students were equally brilliant in the Harlem setting as they were when I taught at Yale, but their senses of what the meaning of that brilliance was and what they could do with it – their sense of agency – was profoundly different. When students come to Yale they come there knowing that they are the best and the brightest and they think they have a certain type of future ahead of them, and they are in a sense open to embracing that future. It has nothing to do with the level of knowledge; it has more to do with their sense of entitlement about having a future. And what I see among my really brilliant students up in Harlem – many of whom have very difficult lives (they work, they have children) – is that they don’t have that sense of entitlement; they don’t have that imagination into a future of agency’.[4]

Imagination as a faculty then, emerges as pivotal in terms of raising aspirations, tackling problems and in gaining momentum behind projects and efforts aiming at making social change more generally. What this means is that if imagination is crucial in helping us conceive our world, it is equally critical in providing us with the vision to reach beyond and create ‘new worlds’.