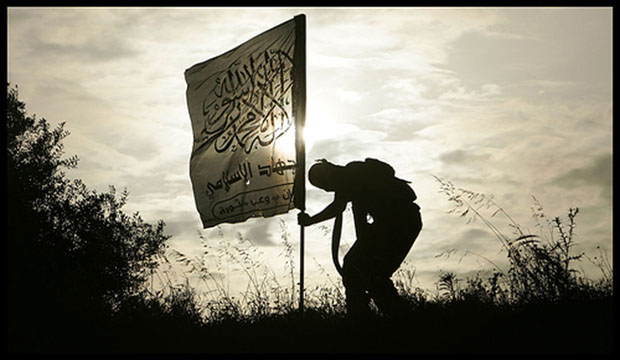 The counter-terrorism policies that are being suggested in the wake of the attempted attack by Umar Farouk Abdulmuttalib are indicative of a return to the Bush/Blair style policies that have led to the intense criminalisation and marginalisation of Muslims around the world. Instead of the question ‘why?’ being put forward, we are all dragooned into an iron fist response. Already motions have been made towards an ‘intervention’ in Yemen as well as an assault on our collective privacy with body scanners and techniques such as profiling, to be used in order to try and catch suspected terrorists.

The rationale or the ‘why?’, however perverted, that led to the tragic decisions by Abdulmuttalib has once again been ignored completely. Despite his own admission that foreign policy has played a crucial role in his decision making process, this factor has been put aside as governments and the media seek to present ‘how’ he came to take such actions.

Predictably, with slim evidence on the ‘how’ of his actions, the media in particular have turned to any possible avenue in order to present the picture of ‘radicalisation’. In this circumstance, the one piece of information available online from the statements of Abdulmuttalib himself was that the University College London student Islamic Society had arranged for a one week conference on the War on Terror and its impact. Among the speakers were Sir Geoffrey Bindman, Victoria Brittain, Phil Shiner, Moazzam Begg, Yvonne Ridley and I. In the same way that we are all used to speaking across the country in relation to issues to do with human rights and the War on Terror, we all attended in our various capacities.

The lecture that the student Islamic Society requested I do was entitled Jihad v Terrorism – the title in itself explaining much of the content. The basic position being that jihad as the concept of the conduct of hostilities from classical Islamic law is distinct from the modernist actions that have been taken by individuals and how Islam finds no room for terrorism.

Had Abdulmuttalib attended my talk (which I am told by the UCL Islamic society president at the time, Qasim Rafiq, that he did not) or had he the opportunity to listen to Moazzam Begg, he would have realized, like the way so many others do, that he had the opportunity to try and effect change with the issues that plagued him by working within the system. In fact, this is pretty much the legacy of Cageprisoners, that the organisation has provided a safe and open space for Muslims to speak about issues that impact on them all the while remaining within the processes that are recognised within the country.

From this perspective, Cageprisoners remains at the forefront of challenging detention without trial, torture and human rights violations as we try our hardest to convince Muslims that they should remain part of the process and get involved. However this process can only work if the affected community are given a true space in order to discuss the issues that affect them. The reason why the Jihad v Terrorism talk at UCL was arranged, was because it was felt that the time had come to really address an issue that young Muslims are very much struggling with – it was something that needed to be spoken about in order to help clarify the differences without simplistic statements of condemnation that do not convince anyone.

Cageprisoners has also opened a very unique space for dialogue, not just in the UK but across the world. For the first time we invited a former guard from Guantanamo Bay to speak on a platform with former prisoners. Rather than being a moment of accusations and condemnation, it was an exercise in reconciliation in the truest form. The Two Sides – One Story tour was well received all over the UK as each event was oversubscribed due to their unprecedented nature.

Wider than these conferences -it is important for Muslims in the UK to be given the space to speak about jihad at conferences, in the mosques and at demonstrations. There has been much misunderstanding as to its meaning, far too often the concept is mischievously misinterpreted for nefarious purposes. As a concept it is extremely important for Muslims as it is used as the term that defines the defence of Muslim countries/people against foreign occupying forces. Only by opening up the debate about jihad in the mosques will Islamic scholars find the space to really begin challenging the ideas of Muslims who are confused of the rights and wrongs.

The response of the UK to this whole episode has been to suggest attacks against Yemen and also to bring in profiling as a counter-terrorism measure – policies which will only further increase the frustrations of young Muslims and increase the feeling of marginalisation and criminalisation.

Cageprisoners feel that by promoting more dialogue and debate on various issues such as jihad, there can only be benefit in understanding, even where various parties or individuals do not agree with one another. It is our desire that we try and keep avenues of dialogue open with as many individuals that we can, hence why we keep strong ties with various Islamic thinkers, organisations, politicians and even celebrities. We believe that by keeping channels open with all, we can act as a conduit to reversing some of the trends in counter-terrorism policies that have been nothing but counter-productive to the stability of this and other countries. It is not a victim mentality, but a strategy seeking to salvage basic civil liberties and protect the society for us all.

Of particular note is the criticism that Cageprisoners has received for our association with Imam Anwar al-Awlaki. Our main support for him stems from his status as a prisoner who was detained without charge in Yemen at the behest of the US administration. This is a man who unequivocally condemned the 9/11 attacks after they had taken place, and yet the US administration still chose to try and have him detained having also interrogated him in Yemen despite never being charged with any crime. Cageprisoners does not follow any scholar or thinker, including Anwar al-Awlaki, and often use our broad relationship with Islamic figures from every tradition to help promote dialogue on issues relevant to our remit from all sides. We are not interested in the business of divisive politics by making claims that any one scholar is more or less relevant than another, rather we seek to keep the communities together by focusing on where we can cooperate. Anwar al-Awlaki’s contribution to Cageprisoners has always been positive, particularly when invited to our events he has only spoken from his experiences as a former prisoner.

Umar Farouk Abdulmuttalib studied here in the UK and had complete advantages while here to be part of the system in order to raise his concerns about things he felt were wrong with the world. His own admission that his actions reflect the foreign policy of the US and her allies only points to the need to understand why he was too frustrated to take the advantages he had been given. One possible suggestion is that the climate of fear that has been created by counter-terrorism policies has denied mosques the ability of openly discussing and arguing relevant issues including but not limited to the meaning of the various ideas about jihad effectively, and thus it has not been possible for them to engage young disenfranchised Muslims such as Abdulmuttalib by explaining how he could respond to the ‘troubles’ that he saw.

From all of our travels throughout the UK, a common theme that the team at Cageprisoners has found is that many Muslims believe that our brothers and sisters in faith fighting for their survival in various parts of the world have a legitimate right to do so – that policy of self defence from an Islamic perspective is known as jihad. It is a concept that has already been recognised by the Western world in the 80s through their support for the mujahideen in Afghanistan against Soviet occupation, and again in the 90s as they supported the Bosniaks and Kosovars in their resistance. What this means in practice is that the limitations and justifications require to be clarified and refined in the caldron of public debate between those who have an interest in these issues. Only then can there be a meeting of the opposing views – it is only through this mechanism that we have any hope of persuading, in light of the grievances mentioned by the 7/7 bombers, Abdulmuttalib and others like him, that the ends can never justify the means. It would seem common sense that an open and honest debate about jihad is very much required, indeed, the discussion on jihad is the solution.