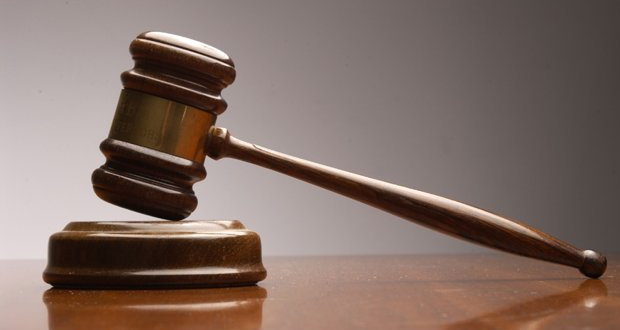 Ruling Between the People

The Islamic classical tradition has always viewed the Qur’an as a living, dynamic and intrusive text; tapping into the inner dispositions of man while simultaneously interacting with his political and social environment. The Qur’an, according to the classical tradition, is inescapably involved in the life of the believer seeking to impose its political and social framework on ‘al-naas’, meaning mankind. The Qur’an demands that its ahkam (laws and commands) are implemented and justly acted upon. This classical view can be found in the works of Ibn Taymiyyah, al-Ghazali, ibn Kathir, al-Qurtubi, Imam al-Shafi’i and many others. The Qur’an seems to be quite clear on the issue of implementing its laws and justice over mankind.

Indeed, we have revealed to you the book with the truth so that you may rule between mankind by that which God has shown you[1]

…judge with justice between them. Verily, God loves those who act justly.[2]

The jurist Imam al-Shafi’i comments that the word justice means ‘the rule of God sent down to the Prophet’. Anyone reading the Qur’an would readily identify with the classical interpretation as it is logically coherent with a holistic view of the text while also seeming to be the primary meaning of the Qur’anic verses. This agreement with the classical tradition is also a philosophical one due to the understanding that the Qur’an was approached without reference to any alien political constructs, meta-narratives or set of presumptions concerning values and ideology. What is meant here is that the classical tradition has approached the Qur’an devoid of pre-existing philosophical and political influences. They allowed the Qur’an to speak for itself.

However, ever since 1840 a new intellectual tradition emerged, an approach which many have termed modernist. This approach attempted to de-contextualise and reduce the scope of the Qur’an with regards to its laws and applicability. Any philosopher or thinker could easily expose this approach as one that pre-supposes its conclusions. This is because the modernists carry non-negotiable philosophical and political views ahead of interpreting the Qur’an, and hence, they super-impose their pre-existing conclusions on the Qur’an thereby restricting the Qur’ans scope, something akin to trying to taste Ice-cream with a mouth full of mustard!

The modernists, apart from being philosophically redundant, face some difficulties. They have to reconstruct the meaning and interpretation of the Qur’an by negating the classical interpretation of a particular word or phrase. This re-construction or ‘tilting’ of the text requires evidence within the Qur’an or external evidence such as the hadith to justify their modernist interpretation. Let us look at one example.

Indeed, we have revealed to you the book with the truth so that you may rule between people by that which God has shown you[3]

The modernists interpret this verse as context bound, meaning that ruling was specific to the Makkan Arabs at the time of revelation, and now that that they do not exist, this verse is outmoded. The classical scholars understood this verse to mean that as long as people exist, Qur’anic justice must be implemented. This is due to the phrase ‘li tahkuma’ meaning ‘so that you may rule’ as the lam (the Arabic letter L) here ‘designates the origin’, meaning that the reason for the verse is that Gods laws must be implemented. This is also indicated by the phrase ‘bayn al-naas’ meaning ‘amongst the people’. The word ‘al-naas’ here is general due to the alif and lam denoting the entire inclusion of the category, in this case all of mankind. This meaning of the definite article alif and lam is called istighraq al-jins translated as ‘denoting the genus’ i.e. all class of things. What strengthens this position is that there are no other verses that restrict the generality of the verse.

However, the modernists differ. They recognise that this verse is causative indicating that Gods law must be implemented, but they reduce the scope of this command by seeking alternative linguistic meanings. In this verse they say ‘al-naas’ is not general but rather it is specific. This is due to the fact that the alif and lam can carry three meanings. The meaning the modernists choose is li ’l-‘ahd; meaning the designation of a specific thing. They say that the alif and lam in ‘al-naas’ means a specific people, indicating the Makkans at the time of revelation. Therefore if it indicates the Makkans at the time of revelation – and they no longer exist – then the Qur’anic verse is redundant. This is how the modernist attempts to reduce the scope of the Qur’an.

In order for this interpretation to carry weight, they need to justify this skewed meaning via supporting hadith because they cannot find anything in the Qur’an that supports this view, whereas the classical interpretation has a corpus of material supporting and strengthening its position. This is where the modernists fail miserably, in that out of the thousands upon thousands of hadith as well as the sayings of the salaf (earliest generations of righteous Muslims), they find it very difficult to justify their position.

The classical position has many hadiths and statements of the salaf to support its conclusions which results in the modernist interpretations either rejecting the sunnah or negotiating their pre-existing conclusions about life. However, being liberal fundamentalists, it is quite unlikely that they will challenge their new found religion.

Hamza Andreas Tzortzis is an international public speaker on Islam, a writer, lecturer, instructor and researcher. He is particularly interested in Islam, politics, western and Islamic thought and philosophy. Hamza delivers workshops, seminars and courses on the foundations of Islamic thought. He is an instructor for iERA and AlKauthar Institute. Hamza has also delivered a short course on the intellectual foundations of Islam for the Islamic Online University for their Diploma course. Hamza is one of the main initiators of the contemporary emergence of Muslim public debaters and speakers using western and Islamic philosophy to defend and explain Islam. Hamza heads the research team and Lectures for iERA.