The Hardening of Attitudes Towards Muslims 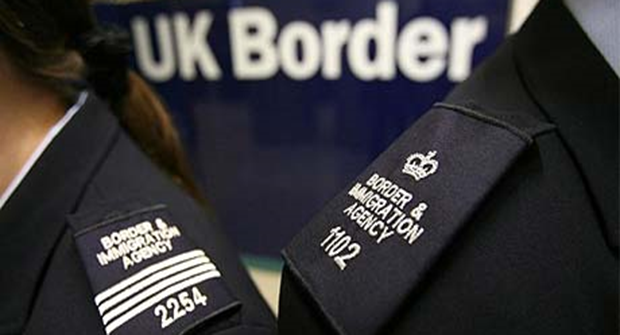 A report based upon a survey of attitudes concerning identity, immigration and multiculturalism has just been released by Searchlight Education Trust and it makes interesting but alarming reading. Based upon a sample of 5,000 respondents, the report backs up anecdotal evidence suggesting a hardening of views towards Muslims.[1]

The economic situation has toughened views on immigration, the overwhelming majority now believe immigration should be halted as it is bad for the country. 48% are favourable to supporting an anti-immigration party on the right of the political spectrum as long as it is not overtly fascist and eschewes violence. This suggests England is moving closer to the rest of Europe which has seen a rise in support for far-right parties in recent years.

43% of respondents say they support a campaign to oppose the building of a mosque and 19% would oppose such a campaign. The most shocking response was to the statement ‘Muslims create problems in the UK’, to which 52% agreed.

The negative perception of Muslims is not without its causes and by understanding these we can start to redress the balance and change attitudes. There are some within our community that look inwards and lay the blame on the Muslims. They say it is the irresponsible actions of Muslims that has created the poisonous atmosphere of distrust and animosity.

No one can doubt some Muslims exhibit behaviours not in keeping with Islamic character, Muslims can sometimes act in a way that does not allow others to visibly see the strenth of Islamic values. We can all agree we need to do more to become ambassadors of the message of Islam by exhibiting the true characteristics of the Messenger of Allah, SalAllahu alaihi wasallam. By doing so we will inevitably please our creator and sustainer, Allah subhanahu wa ta’aala, and as a result we would not, for example, feign concern for our neighbours but take real steps to help and support them. The Muslim  would be a conscientious worker for his employer, who does not divorce Islam from his work and in so doing fulfils his trusts. If we embodied Islam we would be concerned for the comunity around us, for the non-Muslims just as much for the Muslims, just like the Messenger of Allah, SalAllahu alaihi wasallam had mercy and concern for others and showed this in his very mission.

We realise that we do sometimes act out the worst of characteristics and that is something we must accept in order to start to correct our behaviour and character. If the behaviour of Muslims were the sole reason for negative attitudes of English society towards Muslims, the same level of scrutiny would be applied to other communities that exhibit negative traits, but we see that the spotlight is entirely on the Muslims.

The problem is that the reporting of Muslims has been far from objective. A non-story can easily be turned into news just by adding the word ‘Muslim’. If a non-Muslim were to do the same action it would not be deemed newsworthy and usually by picking apart the exaggeration and fabrication one can conclude most of these stories deserve to be labelled fiction.

Much of the discourse of the tabloid press has made its way into the mainstream. The Muslim community is continually pilliaried for not having done enough to combat terrorism within the Muslim community. Muslims from every conceivable spectrum have spoken out against terrorism and it is not clear what more is required of us, short of donning the policeman’s cap. Despite this we are continually asked to unequivocally confront radicalised youths in our midst. The media paint the picture of mosques as centres of extremism and anti-liberal ideas are conflated with terrorism at every turn, this then fiters out into the public consciousness.

The tabloid press have been at the forefront of radicalising the public, each story is a piece of the jigsaw, but the overall message to the public is clear,  Muslims are trying to change the British way of life and one day you will become a minority in your own home.

Over the past decade, anti-Muslim sentiment has become more and more acceptable and lazy, sensationalist journalists out to increase circulation embellish, miscontrue and sometimes fabricate in order to match the prevailing narrative of a Muslim takeover.

Even reputable documentaries that pride themselves on groundbreaking investigative journalism add to the sense of Muslim separateness. Not unlike their tabloid counterparts they take a few instances they label wrongdoing and then plant the message that these examples are widespread.

By far the most shameless posturing comes from politicians. Elections come around every four to five years and the campaign proper does not start until the election is announced, but between elections politicians are still trying to garner a supporter base which can translate into votes in the long-term. This makes the business of politics all the more cynical. As there is a growing section of the electorate to the right of the political spectrum, at least in matters related to identity and integration, it is a section that needs to be wooed. Although a significant section of these people may hold far-right views, as the poll by Searchlight suggests they do not wish to align themselves with the BNP or EDL. Therefore it is important for any party looking to win votes from this grouping to use the language of the far-right whilst seemingly attacking them. Sarkozy and Merkel have used this tactic in France and Germany, the latter even went as far as to announce the failure of multiculturalism and Sarkozy has used cynical anti-immigration measures to shore up his position against a resurgent far-right Front Nationale.

Across Europe, in countries in which the far-right have not made much of an impact, they are now garnering a great deal of support and therefore parties occupying the traditional centre ground have had to lurch right to compete against this changing tide.

The far-right use scare tactics of a Muslim takeover to shore up their supporter base, even if that means fabricating lies. For example the Dutch far-right poitician, Geert Wilders talks of a Muslim takeover of Europe through force of numbers and a rising birth rate. The projected figures may or not back these claims but then in an effort to show the existing power of Muslims and the surrender of the West, he gives an example of shariah law in England,

“In England sharia courts are now officially part of the British legal system.”

Of course, this is factually wrong but these politicians do not want a small detail like the truth get in the way of their poisonous narrative.

In February, the British Prime Minister delivered a speech which did nothing but give succour to the EDL and the BNP, for whom it provided an opportunity to declare to their supporters that their policies had been adopted by the coalition government. This was Cameron’s attempt to align himself with this new European trend and send a clear message to the Muslim community, you will have to conform to British values and government funding and support will follow those organisations that conform. Although most Muslim organisations have a disdain for government funding, and even more since the failed PVE debacle, but it adds to the pressure on an already besieged Muslim community.

Cameron, through his speech, was aiming at the prejudices of the new centre ground in British politics that has hardened towards Muslims as a result of the radicalisation nexus between the media and the political class. Rather than challenging this extremism, Cameron cynically panders to it.

Much of the vocabulary and assumptions of integration used in speeches and regurgitated by the media are poorly or ambiguously defined and never backed up by evidence, so what does integration mean? What is an extremist thought? Do the carriers of ideas that contradict western liberalism necessarily become terrorists?

The Searchlight Education Trust poll results are a vindication of Cameron’s muscular liberalism because a clear constituency of voters has been identified which politicians can pander to through increasingly alarmist rhetoric. Yet if such a poll were conducted within the Muslim community and 52% of Muslims agreed with the statement ‘non-Muslims are the cause of all problems’, there would be a flurry of disapproval and calls for an anti-extremism strategy and even in an age of austerity funding would be released to spawn an anti-extremism industry to combat this attitude. Isn’t that what happened in the Muslim community? Then you would have to set up thinktanks with the funds to rubber stamp the prevailing narrative and provide evidence of the ‘reality’ in order to secure their funding and the grubby cycle would continue. Instead we will be told that we must heed Cameron’s message and assimilate because unless we do so we will remain pariahs.

It is a given that Muslims must be better at combating these erroneous messages whether they come from the media or politicians. We must illustrate that Muslims are a force for good and it is through the Islamic values that we can be of service to the society around us. We must support the work of organisations such as IERA that interface with non-Muslims upon Islam. We must be more willing to be vocal about what we believe and not believe. In a society where religion as a whole is downplayed and not seen as important this poses a significant challenge to Muslims.

The report does suggest that Muslims are singled out because we are seen as different and the average Brit cannot identify with Muslims. This should not mean we attempt to make ourselves more like the mainstream especially if that means giving up our values, all it means is that we need to bridge the gap of understanding and be more adept at explaining who we are and what we believe. This is a responsibility for all within the Muslim community.

Yet, we must also be suspicious of the calls for silence within the Muslim community, that Muslims should watch their words lest they are used against them. As Muslims we already have a filter, it is called the shariah, this defines the usefulness or irrelevance of our words from the perspective of our Creator and His Messenger, in the face of injustice silence is not an option and when necessary we have to speak out. The prophetic example encourages us to speak the truth even if it is bitter, and even if that means condemning British foreign policy or supporting the plight of Muslims globally.

Notes
Source; www.islam21c.com
Islam21c requests all the readers of this article, and others, to share it on your facebook, twitter, and other platforms to further spread our efforts.
[1]http://www.fearandhope.org.uk/project-report/
Share. Facebook Twitter LinkedIn Email Telegram WhatsApp
Previous ArticleLibya: Another Iraq in the Making?
Next Article Sexualisation of Culture breeds Sexual Violence