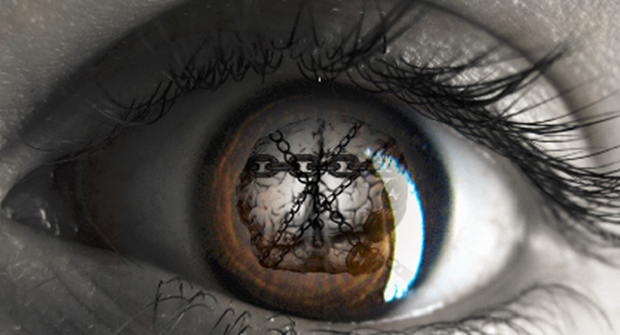 The month of Rabi al-Awwal has just passed us, the month in which it is related that our beloved Prophet Muhammad (peace be upon him), the greatest of creation, both entered and left this world. In this month, we heard many lectures and sermons, read many articles and commentaries, and received continuous reminders about the noble character of the Prophet Muhammad (peace be upon him), his mercy, his kindness, his compassion, his forgiveness, his miracles and the tarbiyah he gave to his family and his companions. The word “tarbiyah” is an Arabic word that linguistically means the increase, growth, and loftiness. Conventionally, tarbiyah means the development and the training of people in various aspects. Although piety, seeking knowledge and teaching others about Islam are all aspects of the Prophet’s (peace be upon him) tarbiyah which are frequently mentioned today, unfortunately certain other aspects are often overlooked or omitted, deliberately or otherwise. One such aspect which is of great relevant to Muslims today is the Prophet’s (peace be upon him) nurturing of a victor mentality among his followers, a mentality which is absent from our Ummah in this current age.

When one reflects on the plight of Muslims all over the world and the persecution they are facing, it is not surprising that many Muslims today do not have a victor mentality, but instead a victim mentality. This is a natural and inevitable consequence of oppression. The more often you are victimized, the more likely you are to develop a victim mentality. One of the key characteristics of a victim mentality is an unwillingness to take responsibility for the position one finds oneself in alongside a negative defeatist attitude that encourages apathy and depression. It is this victim mentality that holds the Ummah back from taking practical steps towards reforming the societies we live in; liberating our lands, establishing Islam and reaching the most important destination – jannatul firdaus. Unfortunately, the victim mentality becomes a self-fulfilling prophecy. The more you think and act like a victim, the more you will be victimized, and the vicious cycle continues. True victims may receive sympathy, but it is often difficult to feel sympathy for people with a victim mentality, and almost impossible to respect them because they sound, act and believe that they are in a continual state of loss.

Yet when we study the life of the Noble Messenger (peace be upon him), we note that he and his companions were subjected to the severest forms of persecution during their time. Yet, never did they succumb to developing a defeatist psyche. Rather, the Prophet (peace be upon him) nurtured in them the belief and conviction that they would attain success in this life and the Hereafter and that Islam would emerge victorious and triumphant. The graver the threat that faced the Muslims, the more positive the Messenger of Allah (peace be upon him) would be.

For example, once Khabbab ibn al-Arat (may Allah be pleased with him) and other companions complained to him (peace be upon him) of the persecution inflicted on them by the polytheists and asked him (peace be upon him) to pray to Allah to help them. The Messenger (peace be upon him) replied, “Among the nations before you a (believing) man would be put in a ditch that was dug for him, and a saw would be put over his head and he would be cut into two pieces; yet that (torture) would not make him give up his religion. His body would be combed with iron combs that would remove his flesh from the bones and nerves, yet that would not make him abandon his religion. By Allah, this religion (i.e. Islam) will prevail till a traveller from Sana (in Yemen) to Hadrarmaut will fear none but Allah, or a wolf as regards his sheep, but you (people) are hasty.” This response of the Prophet Muhammad (peace be upon him) was intended to assure his companions that the persecution they were undergoing would only be short-lived after which Islam would be victorious. He refused to allow his companions to feel sorry for themselves, but instead realise that their suffering was timid compared to what believers before them experienced as a result of their faith, and that ultimately victory would belong to Islam.

During the Hijrah to Medina, there was another amazing incident when a bounty-hunter, Suraqa bin Malik, motivated by the offer of 100 camels for the capture of the Prophet Muhammad (peace be upon him) managed to locate and confront him and Abu Bakr (may Allah be pleased with him). Despite the gravity of the situation, the Prophet wrote a warrant of security to Suraqah agreeing to give him the gold bracelets of the emperor of Persia. From Abu Bakr (may Allah be pleased with him) and Suraqah’s perspective, the conquest of the mighty Persian emperor by this man fleeing on his camel from his homeland was something unfathomable and a sheer impossibility. Yet, in making such a great promise at such a desperate time, the Prophet (peace be upon him) not only inspired confidence in Abu Bakr of their successfully arriving in Medinah, but also of the greater victory of Islam. And indeed when Persia was conquered, the bracelets, belt and crown of Chosroes were brought to Umar (may Allah be pleased with him) who summoned Suraqah ibn Malik and put the royal insignia on him.

Even during battles, the Prophet (peace be upon him) had a wonderful ability to inspire victory amongst his companions in the midst of ostensible defeat. Take the example of the Battle of Uhud in which, due to the disobedience of a few muslim archers to the Messenger’s orders (peace be upon him), the Muslims were routed causing immense confusion leading to the deaths of dozens of Muslims, some at the hands of other Muslims, and the Messenger himself being seriously wounded. While the Muslims were resting on the top of Mount Uhud after the battle, the leader of the Quraysh, Abu Sufyan, called out to them, “May Hubal be most glorious.” This was a celebratory cry and a taunt at the Muslims who were already feeling low at the turn of events. The Prophet (peace be upon him) commanded Umar (may Allah be pleased with him) to defiantly respond, “Allah is the Most High, the Most Glorious.” Abu Sufyan continued to challenge the Muslims shouting out, “We have Uzza and you have no Uzza.” Again, the Prophet (peace be upon him) urged Umar (may Allah be pleased with him) to respond with a superior statement, “Allah is our Protector and you have no Protector.” Abu Sufyan’s next statement indicates that the positivity of the Muslims was wearing him down and was forced to try and show equivalence, “A day for a day. For you is Badr and to us is Uhud.” The Prophet’s (peace be upon him) response that “It is not equal. Our dead are in Paradise and your dead are in Hellfire!” This had the great effect of raising the confidence of the Muslims by declaring that victory was for the Muslims, irrespective of what happened on the battlefield.

But our Noble Messenger (peace be upon him) was not just about words. The day after Uhud and with the Muslims still hurting, he commanded all those who had fought to don their armour again and march out to Hamra al-Asad to fight the Quraysh. At a time when egos and bodies were bruised and aching, when the companions were physically and mentally exhausted, such a command could only come from a master visionary and brilliant tactician. The Quraysh, en route back to Makkah, also thought of marching back to Medinah to finish off the Muslims while they were weak, only to hear that the Muslims had marched out to Hamra al-Asad to battle them, after which they abandoned any such plans and hastily retreated to Makkah. The Muslims remained at Hamra al-Asad for three days before returning to Medinah; the army now in celebratory mode. The defeat earlier that week – had turned into a victory.

We have another example during the battle of Khandaq when the Muslims of Medinah were surrounded by a 10,000 strong army consisting of an alliance of the Quraysh and other tribes in the region. The Muslims were only 3000 strong and had never seen an army so large. A famine was affecting Medinah with the Muslims tying stones to their stomachs to dissipate the hunger pangs while they dug a defensive trench in the freezing cold. If such a situation was not terrifying enough, news reached the Muslims that the Jewish tribe in Medinah had broken their treaty with the Muslims and had left the rear of the Muslim army open for attack. Moreover, the hypocrites now abandoned the struggle and began mocking the Messenger (peace be upon him). So terrified were the Muslims that Allah describes their eyes as bulging and their hearts reaching to their throats. It was in such a severe and desperate situation that the Messenger of Allah (peace be upon him) gave glad tidings to the companions that they would conquer the great Roman and Persian empires in addition to the rest of the Arabian Peninsula, thereby boosting their morale and confidence and reminding them of the ultimate victory. Allah describes how they looked at the Confederate army and remembered Allah and said, “This is what Allah and His Messenger promised and Allah and His Messenger have spoken the truth.” The change in attitude was phenomenal and a result of the refusal of the Prophet (peace be upon him) to allow them to develop a victim mentality. Had the companions adopted such a mentality, they would have been wiped out by the enemy. Instead, as we know, they emerged victorious once again.

The companions understood that as Muslims spreading the Truth and standing up for justice, they would undergo severe trials and face oppression and hardship, but they knew that ultimately victory would belong to them in this life and the Hereafter. They also knew that Islam would emerge triumphant whether in their lifetime or afterwards. This was a promise from Allah who informs us on more than one occasion in the Qur’an that Muslims will ultimately emerge victorious in the battle between Truth and Falsehood and that Islam will prevail.

We must abandon the victim mentality which we have become accustomed to due to the hardship we face and instead battle it with the certainty that we will be victorious. This will assist us in overcoming the humiliating state we are currently in where we battle oppression by begging others for help and seeking their sympathy. Had the Companions simply buckled under the pressure, felt sorry for themselves, and pleaded for help from others, we would probably not know of them today. Only by returning to the methodology of the Prophet (peace be upon him), the greatest example in all aspects of our lives, can we attempt to regain our dignity and be part of the coming victory, of which there is no doubt.