Important Advice in Light of the Veil Ban 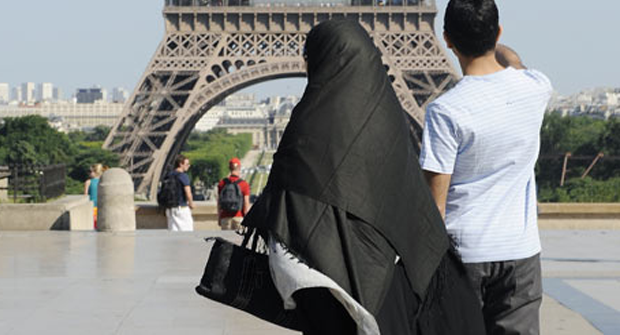 In light of the ongoing anti-veil agenda we the undersigned would like to present the following important advice to the Muslim community here in the UK, irrespective of school of thought, sect or organisation.

1. The Muslim community should remain united regardless of its differences and opinions about the veil. This request is in response to the countless number of Quranic and Prophetic traditions that command Muslims to be united. Among these is the Quranic verse that says, ‘Hold fast, all together, to the rope of Allah and do not be disunited.’ [translation of 3:103]

2. We strongly condemn any attempt by any individual or organisation to create disunity in the Muslim community. We see such a move as an attempt to create friction and disruption in the whole society through indirect discrimination. It is the nature of modern pluralistic societies to be constituted from different communities coexisting peacefully as a single political entity. It is completely irrational, when trying to achieve community cohesion, to instigate disunity and racial tension.

3. The veil, irrespective of its specific juristic rulings, is an Islamic practice and not a cultural or a customary one as is agreed by the consensus of Muslim scholars; it is not open to debate.

We advise all Muslims to exercise extreme caution in this issue, since denying any part of Islam may lead to disbelief. Not practicing something enjoined by Allah and His Messenger (Salla-Allahu alaihi wa sallam) – regardless its legal status (i.e., whether obligatory, recommended or praiseworthy) – is a shortcoming; denying it is much more serious. Allah says in the Qur’an: ‘It is not for a believer, man or woman, that they should have any option in their decision when Allah and His Messenger have decreed a matter. And whoever disobeys Allah and His Messenger has indeed strayed in a plain error.’ [translation of 33:36]

4. We recognise the fact that Muslims hold different views regarding the veil, but we urge all members of the Muslim community to keep this debate within the realms of scholarly discussion amongst the people of knowledge and authority in the Muslim community. Allah says in the Qur’an, ‘When there comes to them news of some matter touching (public) safety or fear, they spread it (among the people); if only they had referred it to the Messenger or to those charged with authority among them, the proper investigators would have understood it from them (directly).’ [translation of 4:83] In another Quranic verse, we read the following instruction, ‘So ask those who know if you know not.’ [translation of 16:43 and 21:7]

5. Furthermore, we warn Muslim individuals and organisations to avoid seeking to capitalise on this debate in order to further political or personal interests. Such despicable tactics are judged by Islam as working against the interests of our faith and the Muslim community, and are, accordingly, a matter condemned in the strongest possible terms. Allah says in the Qur’an, ‘The believers, men and women, are Awliya’ (allies, helpers, friends, protectors) of one another.’ [translation of 9:71] The Prophet (Salla-Allahu alaihi wa sallam) said, ‘A Muslim is the brother of a Muslim; he does not oppress him, betray him, mislead or fail him.’

6. We would like to call upon all members of the Muslim community to show solidarity against criticising the veil or any other Islamic practice as this might prove to be a stepping-stone towards further restrictions. Today the veil, tomorrow it could be the beard, jilbab and thereafter the head-scarf!

Such a strategy, unfortunately, has been widely used by many European countries. Similarly, we feel that this campaign may be employed to gauge the response of the Muslim community. Therefore, our reply should be firm, sending a clear and powerful message to those who are trying to promote the banning of the veil or any other common Islamic practice. We, the Muslim community, will not tolerate such attitudes nor will we compromise on our values and common customs. All Muslim women, especially those who wear the veil, should play a major role in this response since their voice will be the most effective.

7. We understand the viewpoint of those who may find the veil a barrier to communication. However, we believe that the level of discomfort caused is insignificant, particularly when compared to the discomfort and problems that result from other common and less widely condemned practices such as sexual promiscuity, nudity and alcohol consumption by other segments of society. Moreover, we feel that it is against the interests of the whole society to single out a significant part of it, such as the Muslim community, or to put them under the spotlight and abuse them for their practices, as is now an oft- recurring theme in the media.

8. The unexpected and ruthless reaction of the media over the past few weeks on this issue gives an indication that there is a political agenda behind this campaign. It is very disappointing that the media and many politicians dealt with this issue as if it is the greatest national concern. This becomes more apparent when observing the already tense climate facing Muslims, which is contributing towards creating hostility in the wider society against the Muslim community. Therefore, Muslims should take this matter seriously and defend the veil with all their ability. This could be a battle of ‘to be or not to be’ for Muslims in the UK. {We urge all brothers and sisters to strive in countering these attacks by utilising the various avenues open to them including sending letters to the relevant authorities, their MPs, human rights activists, and so on. The most important guideline to observe is to react in a wise, sensible and responsible manner and avoid any action that might be used as an excuse for furthering any unfavourable agenda.

9. We would like to advise the sisters who observe the veil/ niqab in the work-place or in educational premises to avoid making it a matter of dispute between them and their employers or school authority. Such disputes will attract more unnecessary media attention, and thus may cause various negative consequences including the imposition of certain dress codes in work places, and in turn, used as justification to legislate further restrictions on wearing it in other areas.

10. Finally, let it be noted that {quotes}we appreciate the noticeable level of understanding and tolerance shown by considerable parts of the wider society towards many Islamic practices. However, we ask all society to deal with the Muslim community without prejudice, and to exercise genuine openness and tolerance towards Islamic practices, even those they may not like, as this is the real test of tolerance to others.{/quotes}

Furthermore, we urge people to be supportive for a woman’s right to wear the veil as on one hand, this complies with the values upon which western civilization was founded – the protection of human and religious rights; and on the other hand, these practices aim to promote values of modesty, decency and good-manners all of which should be the aspiration of any peaceful society.

We conclude by asking Almighty Allah to guide us to that which is better and to make truth and justice prevail in British society as a whole.