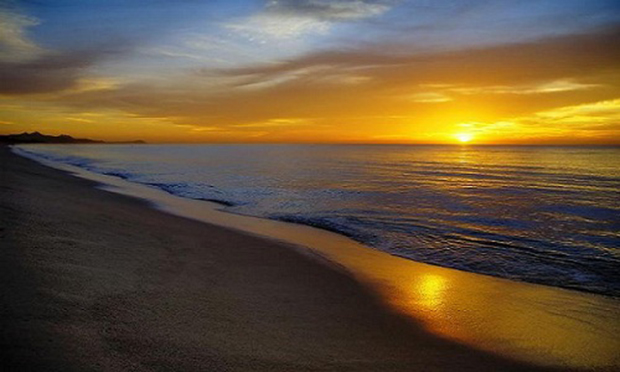 We are halfway through the blessed month of Ramaḍān and many of us are unfortunately still only warming up in our worship and righteous acts. A common excuse for this is that due to the long hours of fasting in the heat, coupled with having to go to work and look after one’s family, it is difficult to strive towards supplementary voluntary acts of worship beyond the Tarāwīh prayers. The mantra of  ‘I am tired’ is probably the most frequent form of dhikr on the tongues of many Muslims today.

As a way of motivating us to hasten towards Ihsān (excellence) in our worship so that we get the best out of Ramaḍān, rather than the bare minimum, it is worth pondering on the following Ḥadīth.

Although there are three supplications being made in this Ḥadīth it is only the first which is the focus of this article. Before studying the content of the supplication itself, let us examine the circumstances surrounding the supplication.

Firstly, who is making the supplication? None other than the Archangel Jibrīl (ʿalayhi al-Salām), the greatest, most virtuous and most honourable of all the angels, who has a high rank with Allāh (subḥānahu wa taʿālā) and the one whom He chose to entrust with revelation revealed to His Prophets.

Secondly, who is saying Āmīn? The Noble Messenger Muhammad (sall Allāhu ʿalayhi wa sallam) – the last Prophet, the Imām of the Messengers, and the one who will intercede with Allāh (subḥānahu wa taʿālā) on the Day of Resurrection. In short, the best of creation.

Thirdly, what is ‘Āmīn’? It itself is a supplication calling upon Allāh (subḥānahu wa taʿālā) to answer what has been requested.

Fourthly, where is the supplication being made? On the minbar of the Prophet Muhammad (sall Allāhu ʿalayhi wa sallam) in his mosque in Madīnah, the next holiest place in the world after Makkah.

In light of the above four points, it is clear that whatever supplication is being made here is of significant importance. How powerful a supplication must it be if it is uttered by Jibrīl (ʿalayhi al-Salām) on the minbar of the Prophet Muhammad (sall Allāhu ʿalayhi wa sallam), who is himself asking Allāh (subḥānahu wa taʿālā) to accept the supplication? Knowing the above, we would be foolish to ignore a supplication of such magnitude.

In this hadīth, Jibrīl (ʿalayhi al-Salām) is essentially supplicating against someone who witnesses Ramaḍān but is not forgiven in it. So severe is such a failing according to Jibrīl (ʿalayhi al-Salām) that such a person should be thrown into the Hellfire and distanced from Allāh (subḥānahu wa taʿālā)’s infinite mercy. Note that the Duʿā’ does not mention the sins of this individual, but speaks of them in a general sense such that it is applicable to all – those with many major sins as well as those with few minor ones. Yet, the Duʿā’ is mercilessly calling for such a person to be thrown into the Hellfire and distanced from Allāh’s mercy which envelopes all things.

The reason for this is that anyone who fails to be forgiven in the month of Ramaḍān must indeed be a wretched individual. For this is the month in which the shayātīn are chained up, and the month in which the gates of Paradise are flung open and people emancipated from the Fire nightly. It is a month therefore in which Allāh (subḥānahu wa taʿālā) facilitates us to do good deeds and to avoid committing sins. If this is not enough, Allāh (subḥānahu wa taʿālā) motivates us further by promising to multiply the reward for our deeds.

On the last day of Shaʿbān, the Prophet (sall Allāhu ʿalayhi wa sallam) gave a sermon and said,

“O people! A great and blessed month has approached you, a month containing a night better than a thousand months. Allāh (subḥānahu wa taʿālā) has made fasting in its days an obligation and prayer in its nights a (recommended) voluntary act. Anyone who seeks nearness to Allāh in this month through any virtuous act will be like one who carried out an obligatory act at another time (outside of Ramaḍān), and whoever performs an obligatory act in this month will be like one who performed seventy such acts at another time. It is the month of patience, and the reward for patience is Paradise. It is the month of equality, the month in which the wealth of the believer is increased.”

We must not be complacent and think that just because we are fasting, we will be forgiven. Only the foolish would remain content with their actions and gamble with their destiny in such a fashion. Instead, we must remember the Duʿā’ of Jibrīl(ʿalayhi al-Salām) and use these precious days which remain of this blessed month to hasten to good deeds and righteous actions and actively strive for Allāh (subḥānahu wa taʿālā)’s forgiveness and mercy so that we can abide in the Gardens of Paradise forever.

This article has been reposted, last posted on 13 August 2012.