Making the Most of Marriage 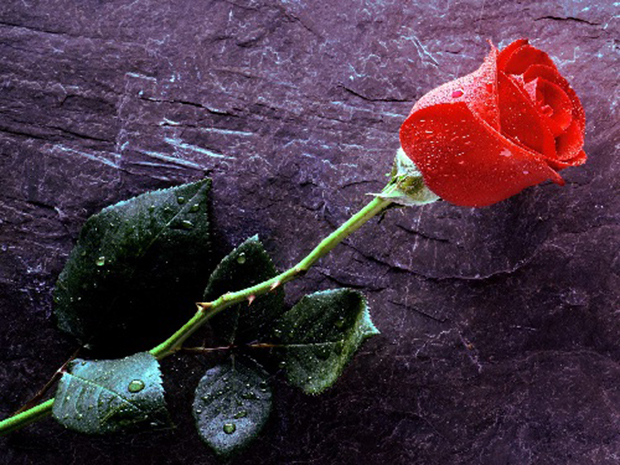 Four years of marriage, living with in-laws, motherhood and delivering several wedding speeches can teach a girl a thing or two about what marriage is really all about. However, when a group of her best friends suddenly put her on the spot and demand some serious advice in place of the usual frolicking banter of an inane and embarrassing wedding speech (embarrassing for the bride that is), it seems like she hasn’t taken a reality check since her own henna party. That’s when she reaches for the phone and starts searching frantically for the number of her local Imam, old teachers, the Shariah Council, or anyone who she thinks will give her the golden advice that she forgot since her own wedding. So it is worth taking note of a few things that even experienced women – either married or those still on the hunt – forget to remind themselves of regarding the sanctimonious contract made between a man and woman when they decide to share a life, and if God wills, an afterlife.

To begin with, it is logical to firstly think about the purpose of marriage. Most women wonder whether marriage is simply a means to attain some level of personal satisfaction and pleasure, that is, getting married in search of eternal romantic bliss. However, any person who really wants to do what pleases his/her Creator will try to make the right intention for marriage. Firstly, it will be to guard their chastity:

We all know that Allah has given the provision of marriage as a safeguard against committing major sins. So it is a blessing in itself to be able to experience a good marriage that keeps both men and women shaded from the pressures of living in a world full of billboards, televisions and blaring radios.

The second purpose of marriage is to have children who make remember Allah. This is a prominent goal for any person who wants to maximise the good they receive in this world and the hereafter, as Allah says in al-Qur’an:

“Your wives are a tilth for you, so go to your tilth, when or how you will, and send before you for your own selves (i.e. ask Allah to bestow upon you pious offspring).”[2]

And also the du’a of Zakariyya:

“Oh Lord, bestow a goodly offspring from You; verily You are the hearer of prayer.”[3]

The third intention for marriage should be to actualise the supplication of the Prophet, peace and blessings of Allah be upon him, that he have more followers than the rest of the prophets:

“Marry the loving and the fertile because through you, I will compete with the nations for superiority in numbers.”[4]

The fourth purpose of marriage should be to make an effort to build up the Ummah in terms of the quality of Muslims. Good tarbiyyah (cultivation) starts in a healthy family environment, both for the children and for the adults, as we are all subjected to daily stress. Allah says in al-Qur’an:

It is crucial to note that after firmly making all of these grand intentions, there is a possibility that things do not go as planned; a sister might not be able to get married, or after finding a groom, it doesn’t work out. Even in this situation, a Muslim is blessed because if they made a good intention but found themselves unable to marry, they still receive a similar reward and this itself should be a great cause of pleasure and happiness for the striving Muslim.

The next thing a sister may worry about is what married life actually is. Is it an epic romance or a dramatic tale of love and passions? Actually, such a notion is very unrealistic and incongruous with the purpose of married life. There may be a ‘honeymoon’ period, but this is like a bubble – however pleasant the experience, by its nature it cannot be permanent. A good understanding of this is helpful to a sister as it will make it easy for her to overlook any shortfalls in her husband throughout their lives. In reality, there is a responsibility on both sides – for the husband and the wife – to build a new family.

It may be difficult to imagine, but a prospective bride would benefit to know that the relationship with a husband is unique and unlike a relationship with any other man she has known, be it her father, brother or uncle. Even a boyfriend cannot draw parallels with the husband, as this relationship is neither as multidimensional nor permanent.

Finally, there arises the matter of how to maintain a peaceful, happy life. The key thing is to know that men are like children: they can become angry or happy very quickly. So a sister armed with this understanding will handle a temperamental husband like a vulnerable child – not in terms of his authority and intellect, but in terms of his feelings. She will use the softness that Allah created within her to give him a hug, a kiss and gentle words that assuage his discontent and melt away the harshness in his behaviour. Additionally, it is important that the husband sees his wife being obedient. By not dwelling on her own rights and desires, a Muslimah can achieve this state of subservience, which, unlike in any other relationship, brings about an ethos of harmony and ease in the home. Allah says in al-Qur’an:

“Men are the protectors and maintainers of women, because Allah has made one of them to excel the other, and because they spend (to support them) from their means. Therefore the righteous women are devoutly obedient (to Allah and their husbands), and guard in the husband’s absence what Allah orders them to guard (their chastity, their husband’s property, etc).”[6]

So the ‘experienced’ sister concludes her advice at the hen party, making sincere supplication for her own success, that of her unmarried friends, and all the Muslim women of the Ummah of Muhammad, may the peace and blessings of Allah be upon him, his family, his companions and those who follow him.