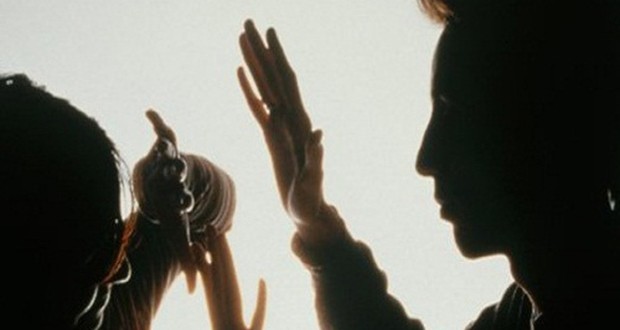 ‘Domestic violence’ is a term used to describe aggressive, oppressive and ‘dominant’ behaviour adopted by one individual over a fellow human being. This behaviour occurs in families and relationships around the world and across cultures, religions, and race.

Domestic violence manifests itself in various forms – most frequently as physical violence – but can also present itself as emotional abuse and financial abuse. Although it is suffered by both men and women, the majority of the victims are women. In fact, many sufferers fear for the security of their lives, and are hesitant to come forward as a result.

Considering this problem, many cases of domestic violence consequently remain unnoticed or unreported. However the Home Office and other researchers have conducted investigations to obtain an idea of the actual figures. Some of the findings are as follows:

The last statistic which is clearly worrying, is one barrier that is found in the Muslim community. Many Muslims fear that simply by admitting domestic violence exists in their communities, this will lead the West to believe that Islam is a ‘violent religion that oppresses women’. However the reality is that domestic violence is a universal problem amongst all faiths. Therefore, we cannot let victims in our own communities suffer in silence; denial is simply hypocritical. If we know we can potentially help alleviate a torment (i.e. by reporting it), but we do not help to alleviate it, we become one of the tormentors. Therefore we need to educate ourselves of the reality of domestic violence.

However at the same time, there are two false impressions people have of the Muslim community:

The first false impression can be refuted by statistics, which have shown that – in the United States alone – three women are killed each day on average by their intimate partners. Therefore the problem is clearly an epidemic across all faiths, and not more so in one over the other.

As for the second false impression (that Islam accepts domestic violence), scriptural evidence proves otherwise. The Qur’an and the Hadith clearly show that Islam not only condemns violence, but consistently places a high value on maintaining a peaceful family life. We know that – regardless of religious, ethnic, racial and socio-economic classes – domestic violence will always occur. However the rulings of Islamic scholars have constantly conveyed how Islam condemns the abuse of women. It raises the woman to be the epitome of society. The Messenger of Allah (peace and blessings of Allah be upon him) is also the perfect example of how to treat women, as he treated his wives in such a manner that each of them felt they were his most beloved.

In spite of the Islamic condemnations of domestic violence, many Muslims incorrectly think that Islam permits acts of domestic violence. Their excuse is that they refer to what is known as an often misunderstood verse in the Qur’an (Surah Nisaa, v. 34). They wrongly interpret this verse to give them a license to use aggression against their wives.

This incorrect approach is a result of numerous factors, including: cultural norms, historical practices, and a lack of knowledge of scriptural interpretations. There are two categories of guilty people. Firstly, the ones who inflict the physical and mental abuse; (in most cases, the father or husband), and secondly, those who try to hide the fact that people belonging to the first category actually exist. It is naive at best (and irresponsible at worst), to claim that domestic violence does not exist in our communities. This taboo subject has long awaited attention, particularly in the Muslim community.

Currently NDV provides access to various qualified and experienced professionals in the field such as: medical experts, counsellors and Islamic and legal advisors. In the near future, it is working towards offering a more advanced service, allowing for more intensive help for the betterment of the victims.

Notes: Muslims (and Non-Muslims) are encouraged to support this organisation by visiting the website at: Nour-dv.org.uk. By having an understanding of these services, Muslims are equipped with the right tools to help those around them who may be suffering from domestic violence. Anyone wishing to get involved can also do so via the website.
Sources: www.islam21c.com