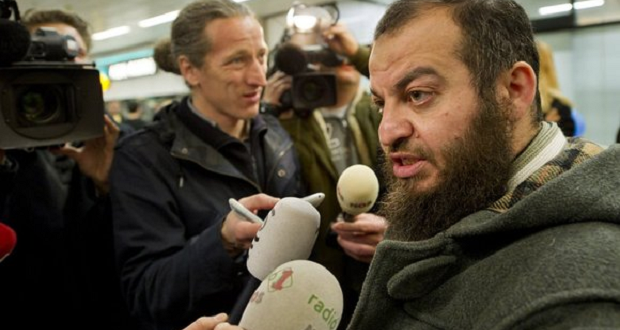 Alhamdulillah another example of Victory for the believers as truth prevails falsehood by the mercy of the most high, Allahu akbar. Our congratulations to Dr Sheikh Haitham al Haddad and his family for having the patience , will and strength in taking media giants, like the Sunday Times, who wrongfully accused him to task. Indeed victory is with Allah and Allah alone.

Please leave your comments of support and congratulations and spread the good news as far and wide as possible and make Dua for the Sheikh and let this be an example of never giving up in a struggle for justice. Below is the apology from the Corrections and Clarifications section of today’s Sunday Times  [Published: 16 August 2015]

In the article “‘Asbos’ to silence 25 hate clerics” (News, December 22, 2013), we wrongly alleged that Dr Shaykh Haitham Al Haddad, a British-based Islamic scholar, commentator and jurist, had praised Osama bin Laden in an article he wrote in May 2011 entitled “Advice for Muslims on the Death of Osama bin Laden” and that he had been accused of justifying the killing of innocent civilians by terrorists as “collateral damage”. We are happy to clarify that Dr Al Haddad was not banned from speaking at the LSE in 2012, as we reported. We understand that his talk was postponed during an LSE investigation and that it went ahead after he sent a letter to the LSE rejecting anti-semitism. We have agreed a settlement with Dr Al Haddad and apologise to him for the distress caused. 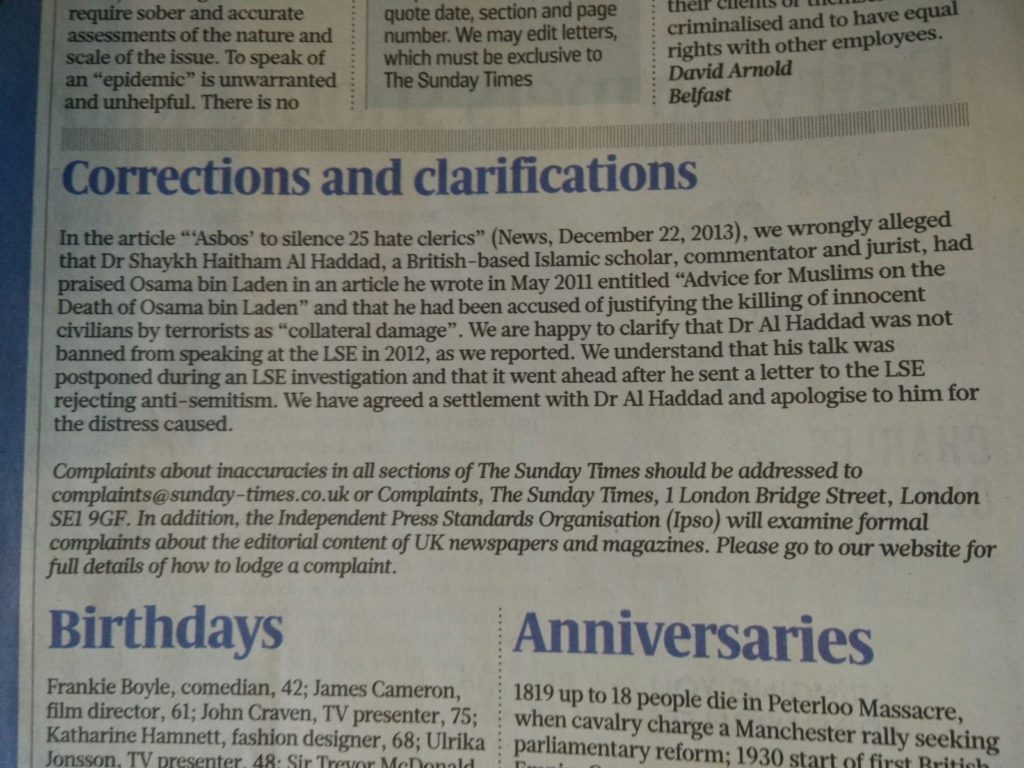