Islamic History: The Lifeline of the Muslims 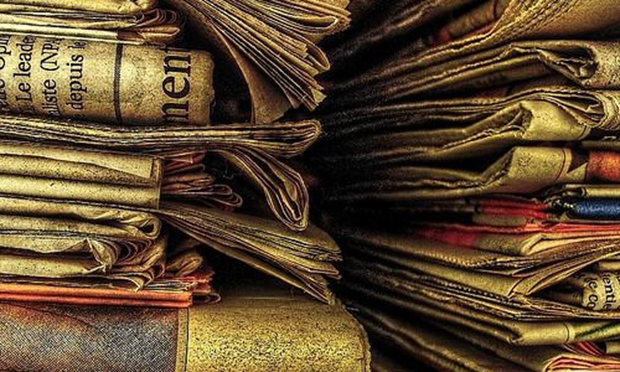 Allah has taught us that the study of history and obtaining lessons from it are essential for the success of mankind in this world and the hereafter. The events of past nations remind us that some nations were destroyed as a result of their bad deeds whilst others attained success on account of their good deeds. The events corresponding with the coming of prophets such as: Adam, Nuh, Ibrahim, and Musa; and the plights of: Pharaoh, Nimrod, ‘Ad, and Thamud have not been related to us in order to bring about amusement and entertainment. Rather, they are to: warn against evil deeds, encourage the performance of good ones, and change our present actions in order to attain a brighter future in this life and the Hereafter. Allah tells us about the drowning of Pharaoh and his men in the sea:

“So this day We shall deliver your (dead) body (out from the sea) that you may be a sign to those who come after you! And verily, many among mankind are heedless of Our Ayat (proofs, evidences, verses, lessons, signs, revelation etc.)” (10:92).

The Qur’an is the final book from Allah and has remained in its pure and unadulterated form. It is one of the sources of the Shari’ah and therefore its guidance is of paramount importance to our salvation in this life and the hereafter, and so, the Qur’an requires careful study and contemplation. The news of the previous nations constitutes a large part of the Qur’an. The majority of these people rejected the Prophets sent to them on many occasions showing animosity towards them, all of which brought about Allah’s wrath upon themselves. Allah tells us that these cases of destruction should be a warning for succeeding generations. All of Allah’s Prophets were sent to warn mankind against the evil actions of past nations and save them from this destruction. The great leaders and reformers of every nation paid attention to past conditions and events in order to bring about alertness and consciousness among the heedless and God denying people of their times.

Among the nations of the world, the Muslim’s nation is the only one filled with virtuous deeds and noble performance. Islamic history contains attested information about the deeds of its elders and heroes which are irrefutable. At a time when there is fierce rivalry amongst the nations of the world to excel one another; the Muslims despite having the most glorious history appear to be detached and careless as regards to their history. The very few Muslims that do have some inclination towards their glorious past tend to depend on Islamic histories written in English in a distorted form by the rivals and opponents of Islam and the Muslims. Instead, Muslims should rely on the praiseworthy endeavours of thousands of Muslim historians such as Ibn Kathir, Ibn Hisham, Ibn Al-Athir, Tabari, Masudi and so on. Books of Islamic history paint a portrait of the fascinating glory of the past Muslim era. Islamic history needs a deep study as the lessons derived from it will be of great benefit to individuals and societies.

The first memorable work of the Muslims in connection with the art of writing history, is the arrangement and compilation of the science of Hadith. In the same manner they penned down the accounts of their caliphs, nobles, kings and scholars – an entire chest of treasure that should be taken as Islamic history. Muslims appear to be awe-struck, and sing praises for European historians and their developments in the art of writing history. But they are unaware of the fact that the Introduction to History was written by the famous Muslim historian Ibn Khaldun.

The study of history creates high ambitions, draws towards virtues and keeps away vices. It develops wisdom and insight, enhances vision, and creates a sense of caution and vigilance. It creates patience and firmness, and keeps the heart and mind refreshed by warding off sadness and gloom.

By studying history man finds himself constantly in the company of: Prophets, kings, conquerors, friends of Allah and scholars, as well as men of: knowledge, wisdom and excellence. Man can easily save himself from the mistakes committed by: great rulers, military commanders and thinkers. No other study has the benefit of filling the heart with so much joy and equipping one with so many benefits without causing boredom or a headache.