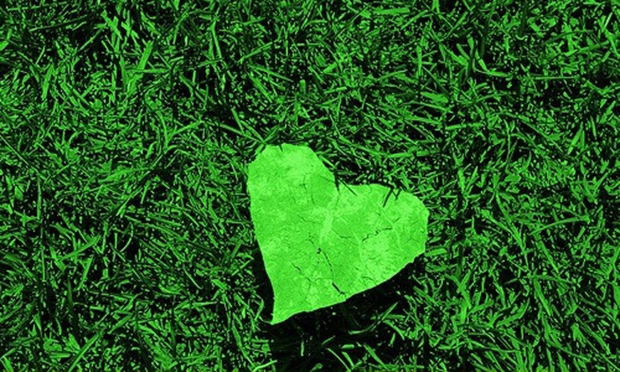 “The grass is no more greener on the other side” married women often tell their single sisters. Whilst women will forever debate the pros and cons of married life, one thing is clear; although marriage is not all a happily ever after fairytale, there is nothing desirable about prolonged singlehood. Allah designed us to need the companionship and comfort that can only be found in marriage, describing husbands and wives as garments for one another.[1]

Many young people aspire to get a degree and a job, get married and have children. They may experience obstacles along the way, and maybe all their priorities were wrong, but our generation could not have foreseen what would happen after the degrees were secured and the job-interviews were over. No doubt, most people followed up their successful careers with successful marriages, but a significant, (largely increasing) minority are wrestling with the fact that life didn’t work out quite like they planned.

The reasons for a prolonged singlehood are complex; everything from having a successful career and being overweight, to a shortage of practising brothers. Just as the cause is difficult to identify, the solution is equally elusive. Nevertheless, it is high-time our community woke up to the realisation that prolonged singlehood is not just affecting their daughters or a few so-called ineligible women. The tide has turned, and the struggle facing practising Muslim women has reached nearly every home (with few exceptions). There is no doubt that an increasing number of Muslims and a disproportionate number of women are finding themselves single well into their 20s and even 30s.

There is a growing concern about our young sisters, in particular, and the effect that delaying marriage is having on their lives. Much has been made of the so-called “boomerang generation” (people who have returned home to live with their parents, after having lived elsewhere); how their struggle with housing and living costs have forced them to move back in with mum and dad. Recent research by Mintel shows that 3 million adults have moved back in with their parents.[2] Muslim couples are no exception in having strong opinions on living with in-laws. However, the psychological impact of Muslim women living at home well beyond adolescence is largely ignored. They may have all the trappings of adulthood; a car, a job, and money in the bank, but they are still living in the same room they grew up in. Unable to get married, they have long outgrown their family home, but remain within its four-walls under the care and authority of their parents for longer than ever before. This can inevitably lead to much frustration and tension as the lines between childhood and adulthood merge, which can culminate in some women regrettably deciding to, or being forced to, leave home and set-up on their own.

Our increasingly immoral society has had a devastating impact on Muslim men,[3] but what of the impact on our women? The decade or two between adolescence and marriage can be the loneliest time for women who cannot marry. Modesty in a practising woman is something assumed. Yet the outer strength of our most practising sisters masks an inner struggle to lower the gaze, control the nafs, and to avoid the company of the non-mahram men. And, in a world where nothing is as pure as it once was, many of our sisters are falling into sins that marriage at earlier age could have prevented. The challenges of staying chaste are further compounded for women who do not have the security of a family-home environment.

As these women edge towards their late 20s, loneliness can become coupled with an increasing desire to have their own children. Whilst their friends may already be adding to their happy brood, they are still struggling through a cycle of proposals and marriage meetings. These concerns are heightened in women in their 30s, who may start to question whether they will ever marry and start a family. A women’s fertility declines more quickly with age than a man’s – declining rapidly after the age of 35.[4]

Women should remember, however, that although time might not be on their side, Allah in His Mercy will bestow children on whomever He wills. Zakariyya was an old man, with a head full of gray hair, and his wife was barren. Yet he supplicated,

“My Lord, grant me from you a righteous offspring, you are indeed the All-Hearer of invocation.”[5]

Little is said about the role of a single (or childless) Muslim woman in society, despite the fact that the wife of our beloved Prophet (peace be upon him), A’ishah (may Allah be pleased with her), was left childless and single upon his death at just 18 years old. And yet, we have a plethora of articles, lectures and advice from scholars on how to be a good wife and mother. Isn’t it time to redress the balance? Whilst other women get busy raising their families, what should single women dedicate their lives to? Many women follow up their degrees with further qualifications, and then their qualifications with one job after another. Although the rewards in the corporeal world are clear, what of the rewards in the hereafter? We were not created to be wives and mothers, yet great rewards are attached to these roles which cannot be comparable to a degree and a good job. No doubt, Allah does not place a burden on anyone greater than they can bear, and every person shall have that which they intended – but we need far greater clarity on the role of single Muslim women in society.

The greatest blessing for any person, if they have the opportunity, is to serve their parents when they reach old-age. The reward of this cannot be underestimated.

Abu Huraira reported Allah’s Messenger (peace be upon him) as saying,

If a person was to dedicate their entire life to taking care of their parents, they would have gained a great reward in the hereafter. Yet, there has never been, even within our own community, a role for women to simply be great daughters without letters after her name, and a well-sounding job title, society would never be satisfied, and even parents themselves could not be content. After all, the often-asked question, “Are you married?” is swiftly followed by, “What do you do?”

We should not simply assign single women to roles which their married counter-parts have become too busy to fulfil, in family life, Da’wah, the work place etc., without a greater understanding of the rewards in the hereafter. As their siblings and peers will leave a legacy of children who will do good deeds, and make du’a for them, single women should be equally greedy for a noble legacy that lives on beyond the grave.

This life is a test, and whilst some people are tested in their marriages, others are tested with the absence of them. We must remember that ultimately it is for Allah to decide how or with whom we should spend the rest of our lives. It is not for us to question the Decree of Allāh but rather strive to find the benefit of the du’a that has a delayed response, and allow it to be a means for us to turn back to Him.

The Prophet (peace be upon him) used to say in the night prayer:

Married couples, community leaders and scholars must also rise up to the challenge that is facing our community. We can no longer rely on word-of-mouth and family connections to facilitate the marriages of our youth. We have to move away from polite dinner-party conversations and friendly teasing, and realise that delays in marriage have serious consequences. Finally, we must acknowledge that sincere du’a must be accompanied by serious action. Buried beneath every test our sisters are enduring is the communal obligation to distance ourselves from accountability on the day of Judgement, and an individual opportunity to rise up and gain the pleasure of Allah.

Notes:
Sources:www.islam21c.com
Islam21c requests all the readers of this article, and others, to share it on your facebook, twitter, and other platforms to further spread our efforts.