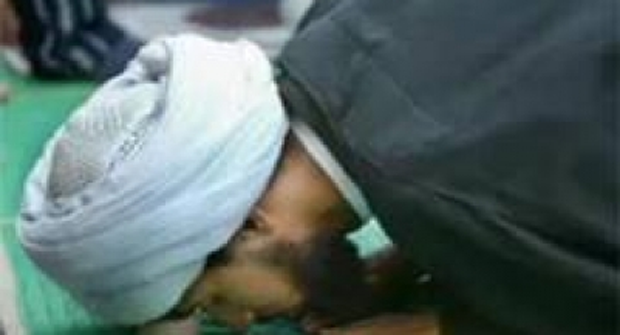 We find that for every individual blessed and tested with the heavy responsibility of prophethood, there will be many from amongst his most vehement rejecters and likewise many will become his most ardent supporters. Many may once have been his fiercest opponents yet when the Light of Allah finally penetrated their constricted hearts, they experienced an equivocal freedom. This sense of freedom was what they dedicated their lives to propagating so that others too may taste the sweetness of faith based upon the truth which is far removed from speculation.

Looking back in history before the advent of Muhammad (peace be upon him) at the struggles of the Prophets of old, we see that many of the greatest amongst them were fortified with a group of diligent companions who would shadow their every step, memorise their every word, and live by every one of their teachings. It was Moses who was sent on a mission accompanied by his brother Aaron. Both were then accompanied by a number of righteous companions from the Children of Israel who remained in a state of gratitude to the special status conferred upon them by the Most High. Jesus the son of Mary was given the company of his Hawariyyoon (disciples). Correspondingly, so too was our Prophet Muhammad (peace be upon him) blessed with a people, his companions who lived with him, learned from him, were expelled from their lands with him, migrated with him, fought alongside him, sacrificed with him and for him, and tasted every hardship and rejection that their most beloved faced. Such was his love for these men and women of intense loyalty and unshakeable faith that he declared,

“Do not curse the Companions, for by the One in Whose hand is my soul, if any one of you spent the equivalent of Mount Uhud in gold, he would not attain the level of any one of them, or even reach half way.”[1]

Yet despite this, the devil, may he be cursed, was forever relentless. He would dispatch his soldiers from all directions in order to appropriate souls that would otherwise accompany the Creator’s Messenger (peace be upon him) on the Day of Reckoning, defiling their beliefs and corrupting their actions until their blackened hearts would send them headfirst into the Fire of Hell, doomed to eternal chastisement. Preying upon the weaknesses of mankind, man’s unceasing quest for fame, status and a heart that is constantly ablaze with the flame of pride, envy and jealousy, the devil sought the formation of an evil new creed, the origins of which sprung forth, at least in part, from the blackened actions of a man named ‘Abdullah ibn Saba.

This sordid creed is none other than that of the path of Rejectionism (or ‘Rafd’ in Arabic), its adherents known as the Rafidah or the Twelver Imaamiyyah Shi’ah. It is in this creed that the mandatory love, respect and honour for those whom the Prophet (peace be upon him) revered is purposely insulted. They sought to curse, insult, slander, and cast doubts upon the honour and righteousness of these individuals by accusing them of thievery, swindling, bad manners, deceitfulness, immoral behaviour, corruption, injustice, and worst of all, charging the vast majority of them with disbelief. Moreover, they raise their own Imams to a level above even that of the Prophets, attributing to them infallibility in all matters.

The spread of this ideology would continue, constantly refuted and contained by the established Muslim scholarship of every generation which continues until this day. Yet it was in 661 AH that the Almighty gave life to an individual, a reviver of the religion whose scholarship, works and selfless service would ensure his legacy would remain alive for generations to come. He was a towering intellect with a wealth of knowledge in every Islamic science, dedicating his life to propagating and clarifying the true and pure Islamic creed while refuting various deviant ideologies. A man whose name would echo throughout history and send waves throughout Islamic scholarship for centuries to come, Ahmad ibn ‘Abd Al Haleem ibn ‘Abd Al Salaam ibn Taymiyyah Al Harani, better known as Shaikh al-Islam Ibn Taymiyyah.

Amongst the most prevalent deviant ideologies of his time was creed of Rejectionism. Sometime during the period between 704H and 709H, it was brought to Ibn Taymiyyah’s attention that a Shi’ite scholar by the name of Muttahhir Al-Hilli[2]had authored a treatise in defence of the Rafidite concept of Imaamate. The book was written specifically for the Mongolian ruler of Persia at the time, Oljaitu (also named by his people as Khuda-banda, Man of God), and was also widely distributed to the many sub-rulers and laypeople who had little grounding in their religion. Oljaitu was born a Christian but later on accepted Islam along with his brother. After some time he developed an affinity for Shi’ism due partly to a marital incident that occurred in his life, but mainly due to the influence of Mutahhir Al-Hilli with whom he had developed a close relationship. Al-Hilli wrote for Oljaitu a work entitled Minhaaj Al-Karaamah fee Ma’rifatil Imaamah (The Blessed Pathways in the Recognition of Imaamate) extolling the virtues of the core Shi’ite belief of Imaamate (as opposed to the core tenets of Islam laid down in the Qur’an and Sunnah) in an attempt to sway his belief away from mainstream Sunni Islam to that of Rejectionism. He eventually succumbed and adopted Shi’ism around 709-710 AH as well as announcing it as the official state religion of the time, even necessitating the mention of the 12 imams from then onwards in the Friday sermon.

The book itself was distributed far and wide and when it was brought to the attention of Ibn Taymiyyah by the sincere amongst Ahl al-Sunnah, he was urged to refute the misconceptions and outright falsehoods found within it. Ibn Taymiyyah felt bound by the heavenly covenant taken by those blessed with knowledge and entrusted with the inheritance of the Prophets, mentions at this juncture:

“So, when they (those who brought Minhaaj Al-Karaamah to his attention) kept pushing me in seeking a refutation to this clear misguidance, mentioning that not doing so would be a disgrace to the believers and that the people of transgression (from whom originated these ideologies) would begin to think that we are unable to provide answers in the face of these slanders, I wrote what Allah made easy for me in answering them and by way of fulfilling the promise that He has taken from the people of knowledge amongst the believers that they stand up for justice and in bearing witness to Him. Allah has said, “O you who believe! Stand out firmly for justice, as witnesses to Allah, even though it be against yourselves, or your parents, or your kin, be he rich or poor, Allah is a Better Protector to both (than you). So follow not the lusts (of your hearts), lest you may avoid justice, and if you distort your witness or refuse to give it, verily, Allah is Well-Acquainted with what you do.”[3]

Thus distorting [“Al-Layyu” from “wa laa talwoo” in the verse] is changing one’s witness and to refuse to give it is in actuality to conceal it. For Allah the Most Exalted has indeed ordained truthfulness and its articulation whilst forbidding deceit and concealment of it in as much as what is needed to make it known and for it to be understood.”[4]

‘Indeed this book Minhaaj As-Sunnah An-Nabawiyyah of Ibn Taymiyyah was written with the intended purpose of serving as a thorough reply and refutation to what was said in (Al-Hilli’s) Minhaaj Al-Karamah. You will find it a comprehensive refutation of deviant groups, specifically the Twelver Imaamiyyah Shi’ite who are identified by their extremism in their beliefs regarding their Imams, namely, their raising of them to a level above even that of the angels and Messengers. They are also known by their belief that the Qur’an has been distorted, and of course, their outright cursing of the honourable and upright companions of the Messenger of Allah (peace be upon him). These were the very companions who strove with their lives and their wealth to propagate the true religion and in raising the Word of Monotheism throughout the regions of the earth.’

The book itself is a marvel to behold. The sheer depth of Ibn Taymiyyah’s knowledge of history, fiqh (jurisprudence), hadith, Qur’anic exegesis, language, philosophy, human psychology, logic and knowledge of the inner workings of the various other sects and religions is in and of itself awe-inspiring. Many of his other works will generally focus on a specific area yet in Minhaaj As-Sunnah you will see him draw upon every science and every angle to answer hundreds of issues in defence of the pure creed of Ahl al-Sunnah.

*In keeping with the core rationale of Ibn Taymiyyah’s work on Minhaaj As-Sunnah, he composes an elegant poem in refutation of Al-Hilli’s poetry which encourages the disavowal of Islamic scholarship in favour of Shi’ite narrations, which for all intents and purposes are overrun  either by unknown and untraceable narrators, or chains of narration that are extremely lacking.

Ibn Taymiyyah writes this piece as a beautiful reminder of the characteristics of the Straight Path made clear for one possessed of a pure heart and an unwavering sincerity to seek the truth. This poem and its simple yet enduring message is the intended purpose of the writing of this short article. From it we derive the very methodology by which we live our lives and view this blessed religion of ours.

When you wish to content yourself with a creed (madhab[5])

Receiving by which, a closeness (to Allah) and deliverance from the Fire

Reached us by way of the Messenger of Allah and was conveyed by the very best (of people)!

And leave off innovation and the religion of Rejectionism[6] which

Would only serve to lead you, the one who calls to it, to the Fire of Hell and a shameful disgrace

The stars of guidance, the very light of which guides those traversing the Path

Upon disbelief, its foundations laid on a crumbling precipice[8]

And guidance to the right path when the Creator passes His Judgement!

And has not a care for affirming the reports (i.e. the ahadith)[10]

The Companions while encompassed by love for the blessed, pure kinfolk of Muhammad [peace be upon him] (the Ahl al-Bayt)?[11]

Notes: *updated part of the article (this article has been reposted)