#STAND4UYGHURS
Home / Analysis / Do Not Live Without a Vision 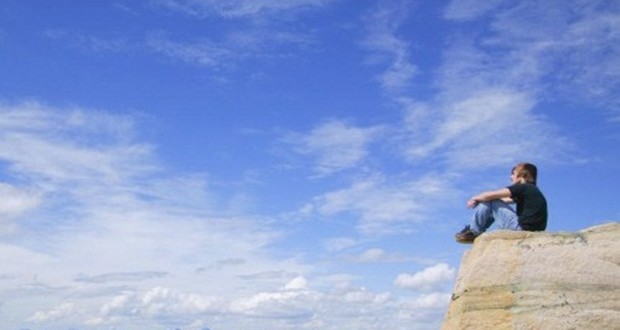 Do Not Live Without a Vision

One key quality of any successful person is to live for a mission. Unsuccessful people live from one day to the next. They are not inspired by something virtuous not living for a noble goal and therefore they do not live a noble life. Islam, being a religion of nobility, does not want people to live in this way. Allah encourages people to compete for the best possible afterlife and be inspired all of the time. In the Qur’an we read,

“Race one with another in hastening towards Forgiveness from your Lord (Allah), and towards Paradise, the width whereof is as the width of heaven and earth, prepared for those who believe in Allah and His Messengers. That is the Grace of Allah which He bestows on whom He pleases. And Allah is the Owner of Great Bounty.”[1]

Such people are dedicated to achieve what they want and look for all possible means to facilitate such achievements for themselves. Having vision is paramount to the success of a person. In his book The seven Habits of Highly Successful People, Stephen Covey considered “beginning with the end in mind” as the second habit of such successful people. In fact, we easily see that when Allah desired to send a prophet, he would prepare him to be a special person with high ambition. He inspired him from an early age to become a leader and set out a vision for him. Our Prophet was raised a poor orphan – this situation tends to set a ceiling for what a person might aim for, however Allah decreed that his grandfather would look after him. His grandfather, Abdu’l-Muttalib, was the chief of the Quraish tribe which was the most dignified tribe in the world. Hence, the Prophet tasted the life of dignified leaders. Furthermore, his grandfather used to love him so much that the Prophet had the privilege to do what others could not do. For example, his grandfather would sit on a mat that no one else was allowed to sit on except the young Muhammad. Throughout his teenage years he was not involved in the many indecent activities others his age were. He was inspired to be different. Similarly, Prophet Yusuf was inspired to think big and be ready for greatness. Allah says,

“(Remember) when Yusuf (Joseph) said to his father: “O my father! Verily, I saw (in a dream) eleven stars and the sun and the moon, I saw them prostrating themselves to me.”[2]

Moses was also inspired from a very young age as he was raised up in the Pharaoh’s house even though he was from the Children of Israel whom the Pharoah wanted to subjugate and destroy.

There is no doubt that life takes on a different meaning once a person sets out a vision for him/herself and works towards it. On the other hand it is boring and devastating when a person lives for nothing of substantial value.

Many people think that they have a vision but in reality they have nothing. Countless brothers and sisters consult me regarding key decisions in their life. My answer has always been and continues to be, ‘if you had a clear vision of what you want to be or what you want to do, you would not ask such questions!’ Some brothers and sisters may say that they want to worship Allah or they want to go to paradise. This is good, but the key question is how? Moreover, Paradise is of different levels, which level are you aiming for? The reality is many people do not have a vision. In order to set out a vision for yourself simply put yourself in the shoes of your father, what does he do now after being retired and do you want to follow the same routine?

A vision that does not materialise

I am sure that at this point many people will ask the following question: what about a vision that I failed to achieve due to ‘out of hand’ circumstances? Failing to achieve it is likely to demotivate a person and might lead to negative consequences. However, this is not true if the person follows an Islamic way of setting out his vision.

Abu Kabshah al-Anmaari, a Companion of the Prophet (may Allah be pleased with him), stated that he heard the Messenger of Allah (peace and blessings of Allah be upon him) saying: “Four people are making the most of this world: a man to whom Allah gives wealth and knowledge, so he fears his Lord with regard to the way in which he disposes of his wealth, and he uses it to uphold ties of kinship and he realizes that Allah has rights over it. This man occupies the highest status. And a man to whom Allah has given knowledge but did not give him wealth, so he is sincere in his intention when he says,

‘If I had wealth I would have done the same as so and so is doing.’ So he will be rewarded according to his intention and the reward of both of them is the same.”[3]

Anas ibn Maalik (may Allah be pleased with him) that the Messenger of Allah (peace and blessings of Allah be upon him) came back from the campaign to Tabuk and when he drew close to Madinah he said:

Ibn Hajar al-Asqalani (may Allah have mercy on him) wrote in his commentary on Sahih al-Bukhari, ‘This indicates that a man may attain by means of his intention that which the one who does the deed may attain when he is prevented from acting by some (valid) excuse.’

In conclusion once a person sets out a vision and tries all possible means to achieve it yet fails to do so in this life, he will be rewarded in the hereafter. In reality, the person did not fail and thus there is no need for him to despair or lose hope. This is a unique aspect of Islam and demonstrates its beauty. Furthermore, this demonstrates that any achievement in this life is worthless if it does not count in the afterlife where he will not be worried about what he may have missed out on. Allah says,

“Know that the life of this world is only play and amusement, pomp and mutual boasting among you and rivalry in respect of wealth and children, as the likeness of vegetation after rain, thereof the growth is pleasing to the tiller; afterwards it dries up and you see it turning yellow; then it becomes straw. But in the Hereafter (there is) a severe torment (for the disbelievers, evil-doers), and (there is) Forgiveness from Allah and (His) Good Pleasure (for the believers, good-doers), whereas the life of this world is only a deceiving enjoyment.”[5]

The believer should also believe in the Divine’s wisdom and submit to Him – it is in this way that he will not be frustrated due to the inability to fully achieve what he desired. Allah says,

“That is the Grace of Allah, which He bestows on whom He wills. And Allah is the Owner of Mighty Grace.”[6]

In the next article I will discuss the best vision sisters can have.