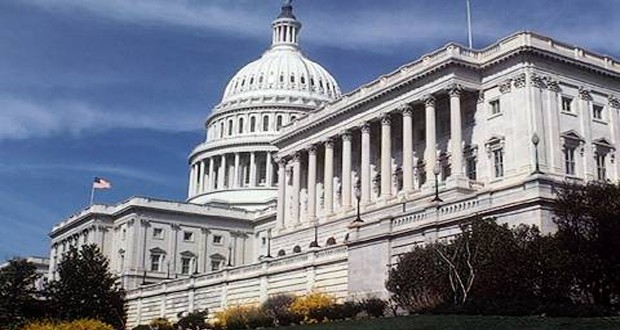 Thoughts on Religion and Politics

Continuing from an article I wrote on the freedom of speech, it may be asked as to whether there is a link between religion and politics; the answer simply being yes. All too often the word ‘politics’ is a misused term which causes some people to disagree, usually those of a secular belief, but from observations of the society we live in, I believe it is evident that politics plays an ample role in ones life whether religious or not.

One popular description of politics, ‘the art of the possible’ was arguably first used by Otto von Bismarck of Prussia, in a recorded conversation in 1867. He made the point that politics is essentially an activity and not a science or set of rules. “It (politics) is an activity based on diversity: diverse opinions about aims to be achieved and means to achieve them i.e. collective decision making. Politics accepts this diversity (of opinions) as a fact of life and seeks to resolve conflicting views by discussion and compromise.”[1]

An example of the popular view of politics is that of George Burns, a US comedian, where he mentioned, “Too bad all the people who know how to run the country are busy driving cabs and cutting hair!”[2] It was in fact Aristotle who made mention that man by nature is a political animal and that the two are inseparable[3]. The politics of a particular nation may at times seem to attach itself to certain values, rightfully or wrongfully. These values may at times also have religious origins. What then, if any, is the relationship between faith and politics?

Politics should be an activity whereby solutions to social and economic problems are conceived, and different aspirations are met by the process of discussion and compromise rather than by the application of decree or force. By large, this is not the most popular view of politics. Many a time, the ways in which political concepts or stances materialise are in fact very different to how their resultant effects should be, the United States of America providing a prime example. Historically, the United States government has constantly remained neutral concerning religion. The State’s formal detachment with regards to religion was a reflex to the religious wars of 17th century Europe. Previously, it was perceived that the close ties between state and church was one of its primary causes. After the advent of the religious wars, European migrants, many of those coming from oppressed religious minority groups wanted to avoid the disaster that had affected central Europe in the aftermath of the religious wars. Therefore, they created a secular state which professed to be neutral.

Religious neutrality remains one of the United States basic principles of political legislation and foreign policy, resting on the three concepts of negation – no religious tests for public office, no established state religion, and no abridgement of the right to religious liberty. This explains the underlying rage with which many critics of Bush Jr, including those amongst the Republicans and Democrats, attack his policies. The Democrats fear that he is attempting (through policies) to systematically undermine the State’s neutrality with regard to religion, giving priority to Christianity.

To further understand the premise upon which the U.S. was originally founded, some light must be shed on how the U.S holds strongly to religious beliefs even in the 21st Century. It was in fact the former home secretary of the United States, Madeleine Albright, who made mention of the fact that America’s self portrayal has always been influenced by the feeling – faint at times and powerful at others – that it is the instrument of Heaven, that is to say, the instrument of heavenly decree. As President Ronald Reagan cautioned, “If you take away the belief in the greater future, you cannot explain America – that we’re a people who believed there was a promised land; we were a people who believed they were chosen by God to create a greater world.”[4]

Seemingly, memories have lapsed as to what politics should really be about. At times, politics can become disastrous and cause inter-religious tensions, which can later manifest itself into anger fuelled by hatred. An example of this is Israel’s continued occupation of Palestinian and other Arab territories, as well as the unresolved status of Jerusalem – a holy city for Muslims and Christians as well as Jews. This problem has persisted with the acquiescence of Western governments as we witnessing more than ever with the Palestinian bid for recognition at the UN, and continues to be one of the primary causes for hostility and anger towards Western nations in the Muslim world. This occupation has been perceived among Muslims as a form of colonialism and has led many to believe quite rightly that Israel is in collusion with the West, and vice-versa. These resentments and perceptions were further exacerbated by Israel’s retaliatory actions in Gaza and Lebanon, all with tacit approval from the ‘hawks’ in the United States central government. One can therefore draw from this that a balance must be maintained with regards to political or religious allegiances when decision making as to allow justice to prevail.

The facts remain clearer than ever before; religion has become an increasingly significant dimension to many societies[5]. Therefore, it should be the aspiration of every individual, be they Muslim, Christian, Jewish, or of any other faith to create an understanding of one another, and that discussions conducted are for the betterment of society at large, and not a further means of criticism based upon ignorance.

2011-12-21
Akbar Khan
Previous: Do Not Live Without a Vision
Next: Paradise Attained