A Vision for Muslim Women in the West Part 2 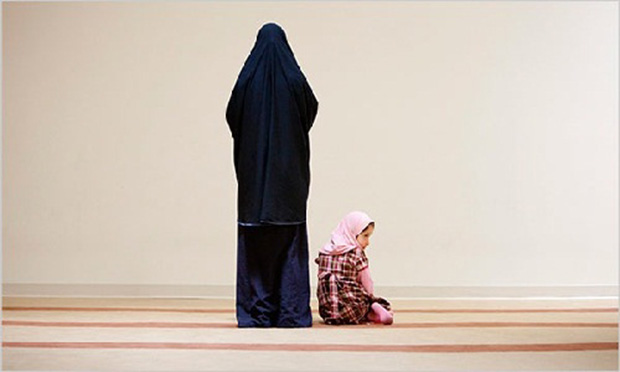 Females who are neither wives nor mothers

Of course, being a wife or mother is not the only relationship a woman will have to her menfolk. She may be a sister, daughter or even an aunt. If she isn’t married and she supports the male members of her mahrams in any good that they do, then this will be counted as an achievement for her.

True sincerity is built on the acquiring of good deeds without such deeds being lauded by others. Bishr ibn al-Harith al-Hafi, one of the righteous scholars from the second early generation, used to say, “Do not do good work to be recognized, you should hide the good deed as you hide the bad ones.” Similar sentiments are well known among the early Muslims. Further, this point is summarised in number of Qur’anic verses such as the following,

“Whosoever desires the life of the world and its glitter; to them we shall pay in full (the wages of) their deeds therein, and they will have no diminution therein. They are those for whom there is nothing in the Hereafter but fire; and vain are the deeds they did therein. And of no effect is that which they used to do.”[1]

What if you want to get married but you are finding it difficult or near impossible to actually do so? Did you know that a person achieves with their intentions far more than he or she may achieve with their actions? So if a Muslim woman intends to be a mother and raise righteous children, or she wants to be a wife who supports her husband and protect his honour and his wealth – but for some reason she is unable to get married, then she will receive the reward for achieving what she sincerely intended even if it doesn’t materialise.

In another amazing prophetic tradition narrated by Abu Kabshah al-Anmaari, the Prophet (peace and blessings of Allah be upon him) said, “There are four types of people in this world: a man to whom Allah gives wealth and knowledge, so he fears his Lord with regards to the way in which he disposes of his wealth, and he uses it to uphold ties of kinship and he realizes that Allah has rights over it. This man occupies the highest status. And a man to whom Allah has given knowledge but did not give him wealth, so he says, ‘If I had wealth I would have done the same as so and so (wealthy righteous person) is doing.’ So he will be rewarded according to his intention and the reward of both of them is the same. And a person to whom Allah has given wealth but not knowledge, so he squanders his wealth without knowledge and does not fear Allah concerning it or uphold ties of kinship with it, and he does not realize that something is due to Allah for that. That is the worst status before Allah. Then he said: A person to whom Allah has given neither wealth nor knowledge and he says: ‘If I had money I would have done what so and so (wealthy wrongdoing person) is doing’. So he will be judged according to his intention, and the burden (of sin) of both of them will be the same.”[3]

Besides this, women can participate in a variety of activities – either work, da’wah, or other social activities. However, the key thing that should be emphasised here is that such activities should be taken as secondary activities for women who are married, or who are mothers.

Here are some general guidelines that should be observed when engaged in such activities:

The involvement for any activity should have the right motivation and intention behind it. Supporting the family financially is primarily the role of the husband so Muslim men need to realize that they should not become lazy and rely on their wives or sisters to generate an income for the household. Sisters too must realize that though they may be keen to work in order to feel some sort of independence or equality to their husbands – they may be inadvertently causing their men folk to be overly dependent on them and hence may be stopping them from striving to earn and achieve more for their families.

Working to support your family, if it is needed, should be with the intention to provide for them enough to suffice them so that they will be prevented from having to beg or ask of others. Another intention a woman should have when involving herself in work is to fulfill Allah’s command when He tells us to provide for the needs of our families so that they can live in dignity. The Prophet (Peace and Blessings of Allah be upon him) said, “The upper hand is better than the lower hand. The upper hand is the one that gives, and the lower hand is the one that takes.”

In some cases some women work in order to give in charity (sadaqah) from their own earnings. This is also a noble aim provided that conditions are met. It was reported that Zaynab bint Jahsh, the wife of Prophet, was a very pious lady and used to be skilled in handcrafts, so she would make things in order to sell them and give in charity. Jabir ibn ‘Abdillah, one of the Companions, said, “My maternal aunt was divorced and wanted to pick some fruit from her trees. A man told her off for going out, so she went to the Prophet (peace and blessings of Allah be upon him) and he said, “go and pick the fruit from your trees. Maybe you will be able to give it in charity or do something good with it.”[4]

The second condition for women involving herself in work and other activities is that they should not detract from her more important duties such as her daily obligatory prayers and serving her husband and children. Activities such as daily prayers and serving the husband and children are immediate personal obligations that take priority over other good deeds. It was narrated from Husayn ibn Muhsin that his paternal aunt went to the Messenger of Allah (peace and blessings of Allah be upon him) concerning some need which he had. The Prophet asked her, “Do you have a husband?” She replied in the affirmative. He said: “How are you with him?” She said, “I do what he tells me, except what is beyond me.” He said, “Look at how you are with him, for he is your Paradise and your Hell.”[5] Al-Munawi, a famous commentator on hadith wrote, ‘he is the cause of your entering Paradise if he is pleased with you and the cause of your entering Hell if he is displeased with you. So treat him well and do not disobey his commands with regard to that which is not a sin.’[6]

The third condition is that the woman should observe Islamic guidelines related to modesty and chastity. It is very sad to see some sisters who aspire to be leaders or be involved in da’wah activities neglecting Islamic guidelines related to modesty, such as taking the matter of free-mixing lightly. They frequently chat online with males, stay away from their homes until very late, and even neglect their husbands or parents. We must honestly assess which activities, even those deemed Islamic, we are doing to merely satisfy our egos and those which we do out of true sincerity to Allah.

I ask Allah to show us guidance and help us in following it. May Allah allow us to see the wisdom in what He has legislated for us and to embrace it – for indeed, anything He has commanded us with is good for us and anything he has forbidden us from is detrimental.

Notes: This is the first article in this series
Sources: www.islam21c.com
Islam21c requests all the readers of this article, and others, to share it on your facebook, twitter, and other platforms to further spread our efforts.

[1] 11:15-16
[2] Al-Bukhari and Muslim
[3] Ahmad, al-Tirmidhi and others
[4] Sahih Muslim
[5] Narrated by Ahmad. It was graded as sahih by number of scholars
[6] See Fayd al-Qadeer
Share. Facebook Twitter LinkedIn Email Telegram WhatsApp
Previous ArticleStanding up against Homosexuality and LGBTs
Next Article The Reality of Taking Refuge with Allah