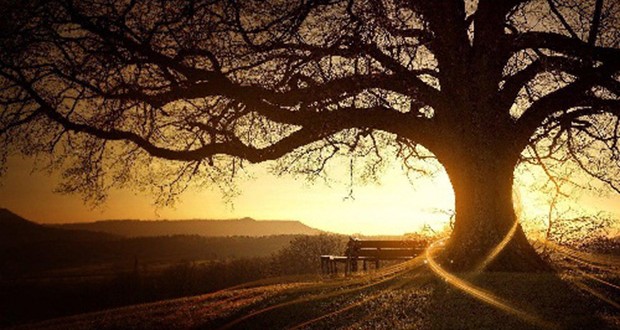 The Reality of Taking Refuge with Allah

The word ʿadha and its derivatives carry the meaning of being careful and wary, guarding and fortifying, being rescued and victorious. Its essential meaning is to flee from something you fear will harm you to something that will save you from it. This is why the one you seek refuge with is called maʿadh and malja’ (the source of refuge and recourse).

The hadīth mentions that ‘when al-Jawn’s daughter entered upon the Prophet (sall Allāhu ʿalayhi wa sallam) [after their marriage] he moved his hand [to touch her] and she said, ‘I take refuge with Allāh from you.’ He said, “You have sought refuge with the Maʿadh, return and rejoin your family.”’[1]

Therefore, the meaning of aʿūdhu is: I take refuge, guard myself and take precaution.

There are two opinions concerning the basic meaning of this verb. The first is that it has the meaning of satar (covering or protection) and the second is that it has the meaning of luzum al-mujawara (firmly sticking to what adjoins it). As for the first opinion, the Arabs would say that a plant growing by the trunk of a tree had ʿuwwadha. This is because this plant did ʿadha with the tree by growing under its shade and by its trunk. The same applies to the one who takes refuge because he seeks protection and cover from his enemy with the one he seeks refuge with. As for the second opinion, the Arabs would say that flesh which was stuck to a bone and could not be dislodged had ʿuwwadha. This is because it refused to be separated from the bone. The same applies to the one taking refuge for he sticks firmly to the one he is seeking refuge with and refuses to be distanced.

Both of these opinions are correct because seeking refuge subsumes both meanings. The one taking refuge seeks protection with the one he is seeking refuge with and sticks firmly to him. His heart attaches itself to him and holds fast exactly as a child sticks close to its father when threatened by an enemy. The same applies to the one taking refuge for he flees from an enemy set on destroying him to his Lord, throwing himself between His hands, holding firmly to Him, sticking close to Him and resorting to Him.

Now, know that the reality of seeking refuge that is established in the heart of the believer surpasses these definitions and is beyond them. These definitions only serve as examples and symbols. The actual state that is established in the heart when it takes refuge with, holds fast to, and throws itself before its Lord, as well as its state of neediness, submission and humility before Him is beyond description.

In a similar vein, love of Him and fear of Him can only be described in a deficient way because they can only truly be apprehended by experiencing them. This is similar to the case of someone trying to describe the pleasure of sexual intercourse to a person who is impotent and has no sexual urge. No matter how much you describe it and how many examples you give; never will he truly understand it. However, if you were to describe it to a person who does have these urges and has had intercourse, he will fully comprehend your descriptions.

The phraseology of taking refuge is ‘I take refuge (aʿūdhu)’ and ‘I took refuge (taʿawwadhtu).’ If someone were to ask, ‘The command to take refuge with Allāh syntactically employs a sīn and tā as in His saying,

“Whenever you recite the Qur’ān, seek refuge with Allāh from the accursed Shaytan.”[2]

Why does the statement of taking refuge not include this sīn and tā?

However, when the person says, ‘I take refuge (aʿudhu) with Allāh,’ he is going beyond just seeking it and is actually enacting his desire to recourse to Allāh. There is a clear difference between actually taking refuge and seeking refuge. Therefore, because a person who is seeking refuge is actually recoursing to Allāh and holding firmly to Him, he says the verb that denotes this rather than saying the verb that denotes that he only seeks this.

The opposite is true when saying, ‘Astaghfirullāh’ (I seek Allāh’s forgiveness) because in this case the person is asking Allāh to forgive him. Therefore, when he says, ‘Astaghfirullāh,’ he is enacting his desire to ask Allāh for forgiveness.

Indeed, this is what Allāh taught him to say with His words,

“Say: I take refuge with the Lord of Daybreak.”[3]

Islam21c requests all the readers of this article, and others, to share it on your facebook, twitter, and other platforms to further spread our efforts.
[1] Bukhārī #5255 from Abū Usayd al-Saʿidi

Previous: A Vision for Muslim Women in the West Part 2
Next: Strangeness