Islamic Education Pt 7: Method of Educating the Nafs (Self)

It can be seen that the discussion so far that Islamic education clearly includes the education of the ‘nafs’ which lexically means, soul, the psyche, ego, self, essence, heart or mind.[1]  Liberal education tends not to concentrate upon this dimension of the human in any specific detail.  The closest it arrives to this is indicated in the Education Act of 1996 for England and Wales, which states to, ‘promote the spiritual, moral, cultural, mental and physical development of pupils at the school and of society,’ (1996, 351 (1) (a)), however there are no clear guidelines or agreements as to how this will be achieved.

A closer look into the Islamic concept of the nafs highlights the intricate and complex composition of the inner self.  They are considered to be a single entity, although its state may change.  There are three types of nafs’ that are mentioned in the Qur’an, Nafs al-Ammara Bissu (the commanding soul) (Ch. 12:53), Nafs al-Lawwama (the Soul that Blames) (Ch. 75:2) and the Nafs al-Mutma`inna (the Soul at Peace) (Ch. 89:27).

Our self consists of a conglomeration of wants, impulses, desires, appetites, habits, fears, angers, tendencies and an ego that constructs a self image that it then seeks to protect and maintain any way it can – even by distorting the true nature of the realities around it.

This is the commanding soul – in fact rather than command it has allowed its impulses and desires to command it.  This nafs intrinsically directs its owner towards the fulfillment of bestial and carnal desires.  It acts in a highly selfish manner looking out for only itself.  Satan is considered the ally of this soul.  He promises it great rewards and gains, but these are merely lies and falsehood.  A good analogy of this position can be drawn here,

At this stage the person is like a kingdom in chaos where the citizens are habits, desires, fears, moods, impulses, and egoism and all clamor for attention and satisfaction and the self is a slave to them pulled this way and that in response to their demands.[2]

According to Hanson some of the traits of this nafs are, ‘gluttony and lustful incontinence’.[3]  In order for one to gain control of oneself from this position the nafs has to be trained by subduing it to, as Hanson claims, ‘temperance’.  This could possibly explain part of the reason why Muslims fast during the month of Ramadan, to tame the nafs by exercising moderation and restraint with regards to the human bestial and carnal desires. Islamic moral values, if applied correctly prevent a person’s soul from reaching this position.

Nafs al-Lawwama (the Soul that Blames)

This nafs is conscious of its own imperfections; it does not move erratically from impulse to impulse; desires are processed via thought in order to gain some sort of control.  Hasan al-Basri, a great Islamic scholar of the past said, “You always see the believer censuring himself and saying things like ‘Did I want this?  Why did I do that?  Was this better than that?”[4]  This nafs is engaged in thought provoking questions lest it stray into the territory or the nafs al-Ammara Bissu.  At this level there is an inner struggle going on with the self.  The person has become aware of another form of reality, that could be said is not relative.  The individual struggles with their inner self trying to guide it towards obedience of God. The concept of this struggle is sometimes referred to by certain Muslim scholars as the ‘greater jihad’,  ‘the greater jihad being the inner battle against all the forces which would prevent man from living according to the theomorphic norm which is his primordial and God given nature.’ [5]  Islamic education by means of correct tarbiyah (individual development) disciplines this nafs into taking control of itself by the increasing remembrance of God and training it in order for it to reach the next stage.

Nafs al-Mutma`inna (the Soul at Peace)

Once the nafs of an individual reaches this stage it could be considered as perfect therefore it could be said that this is the aim of the Islamic educational process on the spiritual dimension of a person.

This nafs is tranquil as it rests on the certitude of God.  The nafs is calm and awaits the promise of God; its owner is content with everything and has arrived at such a stage of certainty that it is almost as if it can see the will of God in all aspects of life.  It waits for its time of departure from this relative, physical world into the everlasting reality of life after death without fear.  It submits itself to the will of God contentedly never dissatisfied or complaining, and with its faith never wavering.  The Qur’an mentions to the owner of this nafs,

‘O the one in (complete) rest and satisfaction!  Come back to your Lord, Well-pleased (yourself) and well-pleasing (unto Him)! Enter you, then, among My (honored) slaves, and enter you [in to] My Paradise!’[6]

When referring to true success in education, it is this stage that is being indicated.

Each of these stages of the nafs signifies a phase change within the human being.  Each stage incorporates a wide range within itself and the spiritual practices, the ritual requirements, the contemplative aspects, the ethical imperatives and the metaphysical teachings of Islamic education are designed to transform the inner structure of the nafs.

Notes: This is the seventh article in the Islamic Education Series. Click here to read part six.
Sources:www.islam21c.com
Islam21c requests all the readers of this article, and others, to share it on your facebook, twitter, and other platforms to further spread our efforts. 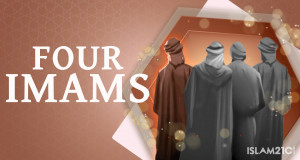 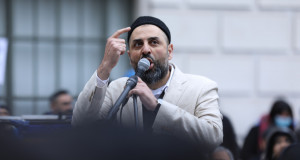 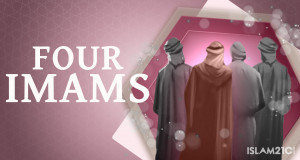