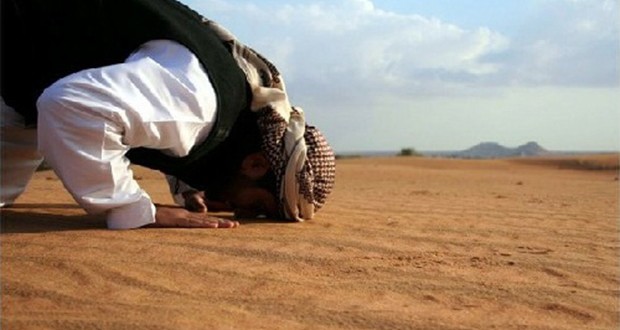 It is an incredible honour that, from among all His creation, our Lord chose us to be His servants. He granted us favour upon favour: He blessed us with a perfect and complete religion, and guided us to it,

“However, Allah has given you love of faith and made it pleasing to your hearts, and has made disbelief, deviance and disobedience hateful to you. People such as these are the rightly guided.” [al-Hujurat (49): 7]

Yet with this great blessing, a great responsibility has to be realised: our responsibility of being true worshippers of Allah, living this servitude in reality and not in name. Again Ali states, ‘there are two things I am fearful of: placing lengthy hopes [in this world] and following desires; lengthy hopes cause one to forget the Hereafter and vain desires divert a person from the truth. This world will pass away and ahead of it lays the Hereafter, and each one has its offspring. So be the children of the Hereafter and not children of this world. Today is action without recompense and tomorrow is recompense with no action.’

The most important obligation and duty upon every Muslim, after believing in the unadulterated Oneness of Allah, is to perform the five daily prayers. The Messenger of Allah said, “Islam is built upon five pillars: the testifying that none has the right to be worshipped save Allah, establishing of the prayer, giving of poor-tax, fasting the month of Ramadan, and performing the Hajj to the House for the one who can find the means to do so” [Bukhari and Muslim].

The Messenger of Allah said, “The first deed that the servant will be held to account for on the Day of Judgement is the prayer.  If it is good, he will be successful and safe, but if it is not good, he will be of the unfortunate and wretched” [Tirmidhi]. He r also said, “Islam will be loosened, knot by knot; no knot will be loosened except that the next will follow in succession. The first knot to be loosened will be ruling by the law of Allah and the last knot to be loosened will be the prayer.” [Ahmad]

One of the great scholars of the past, Ibn al-Qayyim, states that were it not for the veils of negligence covering our hearts and their being submerged in sin, our hearts would have leapt out of our chests in joy upon hearing this hadith. This is because, in this hadith, Allah has referred to the Muslim repeatedly as, ‘My servant’; Allah has acknowledged the servitude of the Muslim and therefore, through the prayer, the Muslim fulfils the objective of his creation. It is one thing to claim to be a servant of Allah and something completely different that Allah accepts one as truly being from among His servants.

It is for this reason that prayer is a source of comfort and solace to the believer. When matters concern or distress him, when he requires guidance, or when he wishes for his sins to be forgiven, his recourse is the prayer. The Prophet would say to Bilal, “Comfort us with the prayer” [Abù Dawùd]. He would also say, “The delight of my eye has been placed in the prayer” [Ahmad], and it is reported that whenever a matter would concern him he would resort to the prayer.[1]

The Prophet stated, “The prayer is a light (nùr), giving charity is a proof, and patience is a burning light” [Muslim]. The word nùr in the Arabic language refers to a light that is not intrinsic; rather it reflects off something else, and is often associated with the light of the moon which is soothing and serves to guide people in the pitch of the night. So too the prayer: it is a light that reflects the light of faith, it soothes the Muslim and it guides him away from sin and transgression,

The Messenger of Allah once asked his Companions, “Tell me, if there were a river at the door of one of you in which he bathed five times a day, would any dirt remain on him?” They replied that none would remain, upon which he r said, “Like that are the five daily prayers: Allah obliterates sins through them” [Bukhari and Muslim]. Once he r stood by a dry tree and took hold of two of its branches and its leaves began to fall off. He said, “When a Muslim observes the prayer sincerely for the sake of Allah, his sins fall off him as these leaves are falling off this tree” [Ahmad].

The rewards and benefits of the prayer are truly great… but there also comes a serious threat for being lax in its performance, or for missing it. With regard to being lax, the Messenger of Allah r said, “There are five prayers which have been prescribed by Allah. If anyone performs the ablution for them well, observes them at their proper time, and perfects the bowing and prostration, he has a covenant from Allah to forgive him. However if anyone does not do so, he has no covenant: if He wills, He may forgive him and if He wills, He may punish him.” [Abù Dawùd].

As for missing it out of negligence or laziness, the Messenger of Allah r said, “Between a Muslim and disbelief and polytheism is the leaving of the prayer” [Muslim]. He r also said while talking about the disbelievers, “The covenant between us and them is the prayer, so whoever leaves it has disbelieved” [Tirmidhi]. He said, “Whoever guards the prayer, it will be a light, evidence, and salvation for him on the Day of Judgement. Whoever does not guard it, it will not be like this for him and he will be resurrected in the company of Qarùn, Pharaoh, Haman, and Ubayy ibn Khalaf” [Ahmad]. These were some of the leaders of disbelief. Imagine being with them on the Day of Judgement!

Indeed, about just one of these prayers, the Messenger of Allah said, “Whoever leaves the `Asr prayer, his [good] deeds are of no avail.” [Bukhari]

It is because of these and many other evidences that a group of scholars were of the opinion that anyone who leaves the prayer out of laziness of negligence becomes a disbeliever; if he dies, he is not to be prayed over and he is not to be buried with the Muslims.

In conclusion, we leave the reader with a reminder from the great Companion, Abù ad-Darda who would say, ‘If only you knew what would certainly happen to you after death, you would never again eat a single bite out of a craving appetite; neither would you drink a single sip of water for the pleasure of insatiable thirst; and neither would you resort to your homes seeking shade and comfort. Instead you would go out to the open desert, striking your chests crying over what is to happen to you.’

Source; www.islam21c.com
Islam21c requests all the readers of this article, and others, to share it on your facebook, twitter, and other platforms to further spread our efforts.

[1] Abù Dawùd with a weak isnad. However Ahmad records an authentic hadith that the previous Prophets, when they were distressed or frightened, they would recourse to prayer.

Previous: Islamic Education Pt 7: Method of Educating the Nafs (Self)
Next: Being Deaf and Muslim