Ibn Taymiyyah on the Prophet 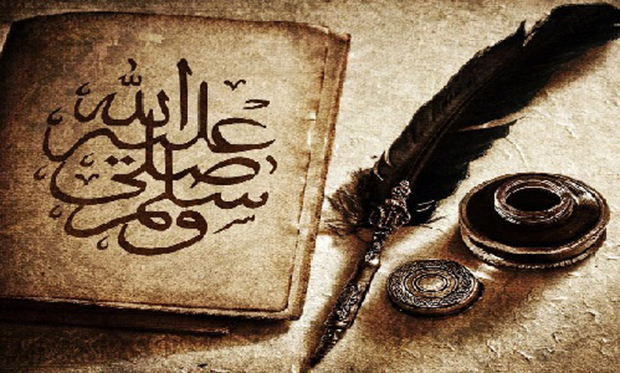 The best of the firmly-intentioned Prophets is the Prophet Muhammad (peace be upon him), the seal of the prophets, the imam of the pious, the foremost among the sons of Adam, the imam of the Prophets when they gathered (on the night of israa’), and their speaker when they came in delegations, the one of the praiseworthy position (Al-Maqaam al-mahmood) for which he will be envied by people of the early and the late generations, the possessor of the flag of praise (Al-hamd), the possessor of the pond to which believers will flock (Al-hawdh), the intercessor for creation on the day of judgement, the owner of al-waseela and al-fadheela, the one with whom Allah sent the best of His books, and ordained the best laws of His deen, and made his nation the best nation brought forth for the people. Allah gathered together for Muhammad and for his followers all qualities of dignity and goodness which were divided among the previous nations, never found all at once. They are the last nation to be created, the first nation to be brought back, as the Prophet said in an authentic hadith:

“We are the last ones, the first ones on the day of Qiyama. Even though they were given the Book before us, and we were given it after them, this is their day over which they have differed (i.e. Friday), to which Allah has guided us. The people then follow after us: tomorrow for the Jews, and the day after tomorrow for the Christians.”

“I am the first one who the earth will give up.”

“I will come to the door of paradise and seek entry. The guard will say: “Who are you?” When I say that I am Muhammad, he will say: “You are the one for whom I was ordered to open to no one before you.”

His good qualities (peace be upon him) and those of his followers are many. From the moment he was made a Prophet, Allah made him the criterion between His allies and His enemies: none are allies (awliyaa’) of Allah except one who believes in Muhammad and in that with which he was sent, and follows it openly and in secret. Whoever claims love of Allah and alliance (wilaya) with Allah but does not follow the Prophet (peace be upon him) is not one of the allies of Allah. No, whoever contradicts the Prophet is one of the enemies of Allah, one of the allies (awliyaa’) of the devil. Allah said:

“Say: If you truly love Allah, then follow me so that Allah may love you.”[1]

Al-Hasan al-Basri said about this verse: “A group of people claimed to love Allah, and so He sent down this verse as a test for them.”

Allah has made clear in this verse that Allah loves whoever follows the Prophet, and whoever claims the love of Allah, but does not follow the Prophet, is not one of the allies of Allah, even though many people imagine themselves or others to be among the allies (awliyaa’) of Allah while they are in no way close to or in alliance with Allah.

The righteous, those of the right hand are those who seek to come close to Allah with all that is obligatory: they do that which Allah has ordered them to do, and avoid that which

Allah has forbidden them, and do not demand of themselves the doing of the commendable but less than obligatory (mandoob), or the avoiding of some of the non-recommended of the allowed (makrooh).

As for the forerunners, those brought near, they sought to come close to Allah with extra efforts after the obligatory. They did the obligatory and the commendable, and avoided the forbidden and the not recommended. When they sought to come close to Him with everything within their ability of that which they love, Allah’s love for them became complete, as He said (as reported by the Prophet):

“Then, my slave will continue to come closer to me by making extra efforts until I love him.”

He means unqualified love, as in Allah’s statement:

What is meant is those upon whom You have bestowed Your grace, Your complete and unqualified grace which has been mentioned in another verse:

“And whoever obeys Allah and His Prophet are among those upon whom Allah has bestowed His grace: the Prophets and the ever-truthful, ever-believing, and the martyrs, and the righteous doers of good, and what good companions these are.”[3]