Are you ready for our first ever NATIONAL CAMPAIGN?
Home / Campaigns / Action Alert against Google, YouTube and the Government 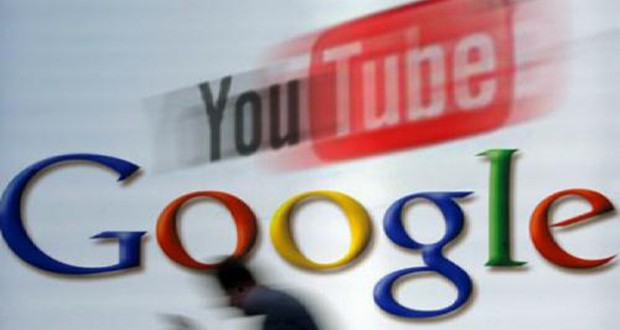 Just casting our glances back a few years to September 10th 2005 when a series of cartoons depicting the Prophet Salallahu ‘alayhi wa sallam as a terrorist with a bomb, published by Danish newspaper Jyllands-Poste, clearly demonstrates how the Muslim community did not sit back to allow a precedence to be set. The Eastern Muslim communities together served a damaging blow to Denmark and all the other countries who took the decision to support the reprinting of the cartoons. We saw Denmark’s export trade dented by the boycott of the many Danish food products stacked all over the Eastern world’s store shelves. We witnessed an immediate diplomatic response from the Ambassadors of 10 Islamic countries complaining to the Danish Prime Minister about the cartoons. The editor of the French newspaper ‘France Soir’ was fired for re-printing the cartoons. Several Muslim groups in France and Denmark took French and Danish papers to court for publicly insulting Islam. The United Nations Human Rights Council adopted a non-binding text proposed by Pakistan on behalf of several Islamic states which “prohibits the defamation of religion” and finally we witnessed a mass surge of protests in Iran, Turkey, Syria, Lebanon, Gaza, Kuala Lumpur, Pakistan to the Dutch, French, Italian and Norwegian embassies.[1]

Although the world witnessed some of the above protests turning to violence and tragedy, let us not undermine or forget the united stand (peaceful, strategic and effective) that formulated within the Muslim communities and their leaders. We should use the positives from it to build upon and improve our responses and reactions for any future insults to come, including the current broadcasting of the Film ‘Innocence of Muslims’.

Countless violent demonstrations have again swept the world in recent days as history repeated itself, and yet again not much was achieved except embassy closures. So the questions arises: are there other, more effective measures people can take to bring about more of a powerful lobby effect against those responsible for the current insult?

With much of the focus primarily landing on protests to the American Embassies worldwide, signs are showing that the Muslim community may have learnt from the missed opportunities of past episodes. Instead what has started to emerge are efforts to organise the more effective means many have been discussing. Current initiatives have begun to focus on companies equally if not more blame worthy for the current situation. Google and YouTube stand out as the major catalysts for the tensions and hostilities witnessed on the news, whilst in retrospect, they are amongst the primary candidates able to instil some element of resolution to satisfy the billions they have offended and upset.

However, instead of acting responsibly by way of offering public apologies and sanctioning actions of withdrawal, Google recently refused, unwisely, to stop showing the movie that made fun of our Prophet saw’s even at the request of the White House under the excuse of freedom of speech.

As difficult as it seems, If individuals and companies were to stop using the Google search engine, Google adds and all the other paid and free services offered by Google until they decided to act responsibly, it would cause loses of millions and millions of dollars. And because we know that the only real weak spot and interest organisations/corporations like Google and YouTube have these days is the healthiness of their bank balance, a boycott seems an obvious and one of the few peaceful ways forward.

It seems profoundly ironic yet reassuring, that whilst the addiction to profit and ranking is intoxicating to levels that make alcoholism look harmless, one should never turn a blind eye to the sorry, humiliating state of a hangover addict. And the irony of course being that whilst massive profits and ranking equal power, Allah has instilled into these very elements such a huge degree of weakness and instability as the driving force behind them is ultimately the people/general public/consumer/service user etc.

The Muslim community, by way of the purchasing power they hold collectively, have a very easy action point facing them which may just prove to be the most powerful strategy to hand in having our requests heard and perhaps even sanctioned due to the manipulative nature of their purchasing power. If the only care and interest YouTube, Google and any other organisation that insults Islam has is their worthless  bank balances, then let us attack that head on and let us do so in the most aggressive (yet physically peaceful) means we can.

We encourage Muslims and non Muslims alike to support the various boycotts and e-petitions available by 1) acting upon the few points below and 2) turning this article and the action points below into an ‘echo on the web’ and a viral catastrophe for Google and Youtube. All those Muslims holding facebook and twitter accounts with subscribers hitting the millions must act to not only support this cause which every Muslim on earth can unite behind but also to help change the behaviour of the Muslim community who opt for violent methods of lobbying. We can only hope to have achieved a behavioural shift once we are able demonstrate and prove that our peaceful methods are much, much more powerful and effective then violent protests.

We have to understand that Islam teaches us to be active and in many cases we intend to do things irrespective of the outcome. The Prophet SAW commanded us to plant the tree even if we see that the day of resurrection is about to start. Furthermore, the Prophet SAW said: “Whoever among you sees an evil action, then let him change it with his hand [by taking action]; if he cannot, then with his tongue [by speaking out]; and if he cannot, then with his heart – and that is the weakest of faith.”

This hadith does not leave a space for any Muslim to sit passively. The Prophet saw carried out different types of responses to the harms of his enemies.  Apart from military action he used the power of media and the economic boycott. The person should not evaluate any action according to his individual own actions, rather he should evaluate it according to the outcome of the mass when they react.

In light of the above I urge you all to action the following;

1) Stop using Google and its services.

These are some popular search engines that you can use instead of Google:

These are some other popular email service providers you can use instead of Google who allow you to export your contacts and emails over from Google;

2) Support and complete the two powerful online e-petitions currently on the web.

Both should be signed and supported. Reaching at least 1 million on each within a few days is a must and would send a powerful message to both Google and the Government

File a complaint of a claim of defamation against the Prophet SAW by clicking here.
State the specific offensive material that has been found in both the Trailer and the movie, i.e. that the Prophet saws was personified, vilified, called names, disrespected etc. And to Allah we turn to for aid and assistance.

:Notes
Sources:www.islam21c.com
Islam21c requests all the readers of this article, and others, to share it on your facebook, twitter, and other platforms to further spread our efforts.[1]http://www.telegraph.co.uk/news/worldnews/europe/france/8864935/Prophet-Mohammed-in-cartoons-a-history.html

Previous: Make Islam21c your Homepage
Next: Ibn Taymiyyah on the Prophet