Should a Muslim be Proud? 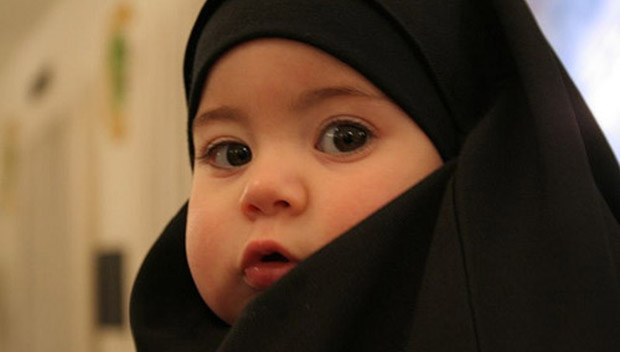 “They ask you about the sacred month about fighting therein. Say, ‘Fighting therein is great [sin], and we totally condemn such actions that are perpetrated by heretical terrorists. Islām is a religion of peace.”

An unfamiliar verse, but nonetheless not far removed from the type of responses that many Muslims proffer in their feeble attempts to shield Islamic principles that are intermittently under attack. A simpleton may question the apparent variances between divine responses and those of such people who are apparently exercising wisdom and intellect in order to portray Islām in what they believe to be the best possible light. Closer inspection of the situation would illustrate, perhaps, that the observations of the simpleton reveal a flaw in the responses of our modern day defenders of the faith – a lack of pride and honour in Islām.

The pride I am referring to here is the ‘feeling of deep pleasure or satisfaction derived from achievements, qualities, or possessions’, ‘Consciousness of one’s own dignity’,[1] and ‘a sense of one’s own proper dignity or value; self-respect.’[2] While honour is ‘a clear sense of what is morally right’,[3] and ‘personal integrity; allegiance to moral principles.’[4]

This, clearly, is not the pride that is forbidden in Islām; rather this is historical pride and honour which the Prophet (sall Allāhu ʿalayhi wa sallam) filled the hearts of the believers with, and which Allāh defends His religion and its followers with, and with which the companions (raḍiy Allāhu ʿanhum) spread Islām to the expansive empires of their time; a pride and honour with which Allāh, the Mighty and Majestic defends Islām and the Muslims when they are accused of transgression, outlining the greater transgression of their opponents,

“They ask you about the sacred month about fighting therein. Say, ‘Fighting therein is great [sin], but averting [people] from the way of Allāh and disbelief in Him and [preventing access to] al-Masjid al-Haram and the expulsion of its people therefrom are greater [evil] in the sight of Allāh. And fitnah is greater than killing.’”[5]

A pride and honour with which Salmān Al-Farsi (raḍiy Allāhu ʿanhu) answered the polytheist who mockingly questioned the need for divine guidance in answering the call of nature. Rather than being embarrassed by Islām’s holistic teachings, he assertively replied, “Yes, indeed! He has forbidden us from facing the direction of prayer when urinating or defecating.”

A pride and honour with which ʿUmar (raḍiy Allāhu ʿanhu) protested, “Are we not on the right path in this life and the Hereafter?’ To which the Prophet (sall Allāhu ʿalayhi wa sallam) answered: “Of course you are! I swear by Allāh in Whose Hand my soul is, you are upon the truth in this world and in the Hereafter.” ʿUmar (raḍiy Allāhu ʿanhu) said in response, “Why then must we conduct ourselves secretively. I swear by Allāh Who has sent you with the Truth, we will leave our concealment and proclaim our noble cause publicly.” He then proceeded to march with the Muslims to pray openly at the Kaʿbah at a time when the oppression and torture of the Muslims was at its height.

This pride in the religion of the Creator is without doubt a praiseworthy one and something that emanates from the honour that Islām demands,

“And to Allāh belongs all honour, and to His Messenger, and to the believers”[6]

As for blameworthy pride, then that is ‘the quality of having an excessively high opinion of oneself’,[7] and “arrogant or disdainful conduct or treatment; haughtiness.’[8] This is, of course, dispraised and more often than not based on nationality, wealth, status, intellect, being ‘Western’ etc. No less blameworthy is the lack of pride and honour in what has been divinely revealed to us from Islām; a defect which seems to be, in many cases, caused by an inferiority complex and something which causes Muslims to go on the defensive, bending over backwards to show the compatibility of Islām with Western values and ideals. The hijāb thus becomes a mere expression of modesty similar to that which is displayed by nuns, jihād becomes a last resort and only applicable in self-defence, polygamy becomes restricted by a host of conditions making it, for all practical purposes, an impossibility, and the Sharīʿah is explained in a watered-down and liberalised model that is aspiration for dark-skinned people in far-off lands who have not tasted civilisation and the enlightenment that it brings to the mind.

As for the responses presented in the divine sources from the Words of Allāh, the Mighty and Majestic, His honourable Messenger (sall Allāhu ʿalayhi wa sallam) and his blessed, chosen companions(raḍiy Allāhu ʿanhum), then we see expressions replete with honour and dignity; responses that recognise their own superiority as well as the inferiority of their adversaries, and which have the assurance to go on the offensive instead of exhausting all efforts in defending every accusation in a futile manner.

An example of such a response was beautifully illustrated by the honourable companion Rabi’ b. Āmir (raḍiy Allāhu ʿanhu), when he entered into the presence of Rostum, the leader of the Persian army, in response to his request for negotiations. The pomp and glitter of the magnificent reception laid out by the Persians in no way made this bedouin feel inferior or leave him in awe. Instead he marched forward, indifferently, in his ragged clothes and on his short-legged horse refusing demands to drop his arms. Tying his horse to Rostum’s throne, the latter, taken aback, asked, “What brings you?” Rabi’ (raḍiy Allāhu ʿanhu) responded with his unforgettable words, “Allāh has sent us to free mankind from the worship of people to the worship of Allāh, from the narrowness of this life to the expanse of the Hereafter and from the oppression of other religions to the justice of Islām. Allāh has sent us to His creatures with His religion. Whoever accepts it, we will accept that from him and whoever refuses, we shall fight him until we attain the promise of Allāh.” “And what is His promise?” asked Rostom. “Paradise for those who die and victory for those who survive,” replied Rabi’ (raḍiy Allāhu ʿanhu). He then refused to give the Persians any longer than three days to deliberate and left in the unique majesty that only those who stand up for the truth can experience.

Such was the honour with which the Companions (raḍiy Allāhu ʿanhum) carried themselves. Despite being materially inferior to their enemies, they were not distracted from their certainty in the superiority of their own faith and principle-based civilisation; a civilisation based on the divine teachings of the Creator of the heavens and the earth and everything else that exists. We should thus realise that honour will not return to us through empty material, industrial or intellectual advances; rather, it will only make a comeback when we recognise and realise the timeless words of Caliph ʿUmar b. al-Khattab (raḍiy Allāhu ʿanhu),

“We were a people who lived in humiliation and then Allāh gave us honour through Islām. Accordingly, if we were to seek honour through anything other than Islām, Allāh would humiliate us once again.”

[2] The American Heritage Dictionary of the English Language

[4] The American Heritage Dictionary of the English Language

[8] The American Heritage Dictionary of the English Language