Anti-Bullying Campaign: A Call for Self Reflection 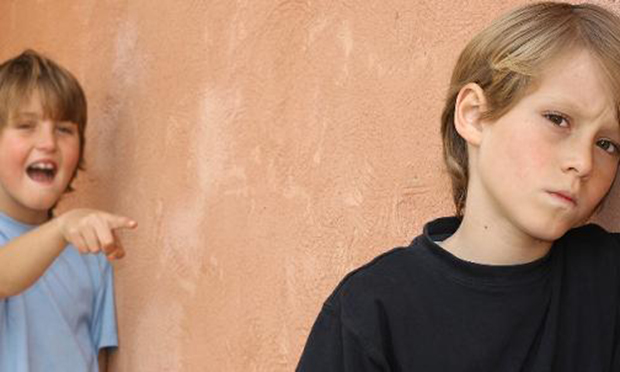 Bullying is a playground problem, a problem prevalent only amongst the youth, right? Wrong!  Beyond the school setting, bullying is often common without such awareness of its existence. Last year, Anti-Bullying Week was extended beyond its usual one week, to run throughout the month of November. The campaign raised awareness for people across all walks of life, from teaching children of the wrongs of bullying, to informing adults of the ease of slipping into bullish behaviour and its dangerous consequences.

Bullying is a word which carries within it profound undertones and many negative behavioural qualities. Such qualities, as Muslims, we know to be wrong on both a humane and religious level. Allah has made our deen two-fold. Many of us are aware of the Rights of our Lord over us, but often overlook the rights owed to creation. Through reflecting on our own conduct with those around us, we can become aware of bad habits we may have fallen into. Assessing and breaking one’s bullying tendencies, however mild, is something that must be taken to task, for hurting the heart of another is a serious matter and a matter for which we will be held accountable on the Day of Judgement.

Allah’s words of guidance assist us in reflecting on our behaviour. The Qur’an sets forth the parameters in interpersonal dealings so as to allow us to have wholesome relationships, free of hurt.  Surat’l-Hujurat warns against inappropriate behaviour, telling us not to mock, slander nor backbite each other, not to give offensive nicknames and to avoid suspicion.

These verses clearly bring to light behavioural tendencies which are to be struck out. We may enjoy the benefits that stem from the collective right of freedom of speech, however, without due attention to what we say, we can easily fall into negative habits. These habits can also add to the culture of bullying. Having due regard that our conversation and humour does not contain such ills is important. Like what, you might ask? Let’s look closer at our somewhat questionable humorous habits: shrugging off mockery of our colleagues as merely ‘banter’, nicknaming our younger sibling without knowing whether it is appreciated or deemed offensive, cracking jokes about a friend’s bad life choices with another friend – the list could indeed go on. Not only are these hurtful acts to the victims but sinful acts for the ‘comedian’ in question. While these acts may not be the typical playground bullying that we were taught was wrong, they do play a part in adding to an atmosphere of victimization and oppression. The Prophet (peace be upon him) said, “Be on your guard against oppression, for oppression is a darkness on the Day of Resurrection.” (Muslim) We are often quick to call out against oppression in larger world events, but what about maltreatment of others within our own relationships?

The Prophet Muhammad (peace be upon him) was sent as a mercy to mankind and he advocated very clearly for mercy to be shown to others. In one narration he said, “The one who doesn’t show mercy on others, will not be shown mercy (by Allah).” (Bukhari and Muslim)This hadith on mercy is one to take as a life motto. It bears truth to the saying “what goes around comes around.” Bad behaviour towards others will not only lower us in the eyes of the people, but will lower one in front of Allah as well. Bullying, however mild, is unmerciful and understanding the importance of mercy is the first step to realising the severe wrong of the opposite.

The annual advent of the Anti-Bullying Campaign is an opportunity not only for raising awareness of the playground bully but equally, if not more importantly, about reflecting on our own behaviour as adults and keeping check of our actions. Let us replace the bad with the good and keep constant in our reminder of the Prophet as the best of examples (peace be upon him) and his reminder to us when he said,

Islam21c requests all the readers of this article, and others, to share it on your facebook, twitter, and other platforms to further spread our efforts.
Anjum Kasmani
BULLYING PROPAGATION
Share. Facebook Twitter LinkedIn Email Telegram WhatsApp
Previous ArticleIsraeli Governance: Two Sides of the Same Blade
Next Article He described water to be water