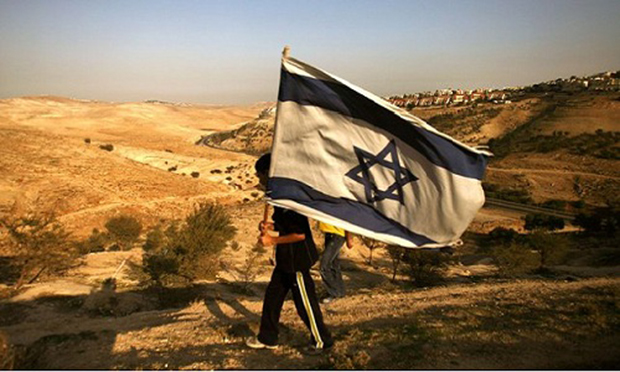 Indicators regarding the standing and current authority of the ummah on the international scale are diverse and many. Behavioural trends that are reflective of a trough in the prominence of the Ummah include dependence on other than Allah, abandoning the financial and physical struggle in the path of Allah, the deep-driven sensation of inferiority, the rigorous attachment to the world and the vehement hatred of death. A notable and historically consistent indicator, however, is the status of Palestine, Islamically administered in times of the general adherence to the teachings of Islam and mercilessly occupied otherwise. The Palestinian catastrophe of 1948 and the ensuing Zionist occupation are then indicative of thecontemporary standing of the ummah. This is invigorated by a particular defeated mentality, namely to anticipate positive change through a shift in the political dynamics of the Israeli government, which heads the invasion of Palestine.

Contrary to expectation, the 2013 Israeli general election was to promote the newly formed Yesh Atid (There is a Future) ‘centrist’ party, overcoming the ultra-nationalist Habayit Hayehudi (Our Jewish Home) and reducing the number of parliamentary seats occupied by the right-wing, governing coalition Likud-Beitenu[1]. The results were evidently pleasing to the governments of the West who saw this Israeli redecoration a salvation from being accused of supporting an outwardly dogmatic regime. Not least due to the unsurpassed savageness of the founder of the Yisrael Beitenu (Israel Our Home) half of the ruling coalition and Israeli Minister of Foreign Affairs and Deputy Prime Minister of Israel until 18 December 2012, Avigdor Lieberman. Despite unwavering support for Zionism, western governments found the correspondence with a foreign ministry that has called for the drowning of all Palestinian prisoners, exceedingly damaging to its international image as the broker of peace. Incitement to the killing of Muslim men, women and children living in the 1948 territories and indiscriminate remarks that they“have no place here (occupied Palestine),let them take their bundles and go to hell”[2] have further hampered superficial efforts at restoring peace.

The presumption that the success of the new centrist party isa soothing element to the Islamophobic facade of Israel provides anexcuse for western and Middle-Eastern governments to resume the perpetually fruitless ‘peace-process’. This in turn will buy Israel more time to continue its annexation of Palestinian lands and to expand its occupation. Of course it is in the deep interests of the subservient Arab regimes that their brokered ‘peace initiative’ be restored. This is toevade continual public criticism and to further detach themselves from their religious obligation of physical and financial support of the Islamic endowment of Masjid Al Aqsa and its surroundings. What better an opportunity than to utilise the gullibility of the international community in that a centrist or even left-wing Israeli government will serve better the interests of the oppressed nation of Palestine? But apart from Israeli domestic politics, economics and social issues that were pivotal in the apparent voter sway, what will change for the repressed Palestinians who have been living under coercion and apartheid for decades? Will Israel revisit its policies of barbarism and total regional destruction?

Undoubtedly, the haste of the overcome Arab regimes to circumvent the possibility of military confrontation has allowed Israel to make notable achievements. This unfathomable, one-sided surrender to Israel’s inflated supremacy has indeed diminished what began as the refusal to recognise Israel to its recognition by the largest Arab force, Egypt in 1979 following the Camp David Accord of 1978. This was to lessen the demand that all of Palestine be returned to only that which was invaded in 1967 and thusconcedingto the annexationof historic Palestine from which millions of Palestinians were displaced. The accord only demanded the return of an arid desert that Israel had invaded, the Sinai Peninsula. The supposed approachability of the centre-left furthermore duped the feeble Palestinian Liberation Organisation (PLO) into making mindless concessions. The relative and perceived moderateness of the Israeli Labour Prime Minister Yitzak Rabin was clutched onto like a lifeline, purchased with every remnant of life that remained in the PLO. The promise of instating a permanent and recognised Palestinian Authority(PA) at the Oslo agreement of 1993 was to totally decapitate the limbs of the Palestinian powerin the face of the scattering, illegal Israeli settlements. In returnfor empty Israeli promises of withdrawal from the illegally appropriated Palestinian lands, the PLO was to recognise the full sovereignty of Israel, instating the permanence of Israel’s occupation of the 1948 territories and officially renouncing armed resistance.Expectedly, settlement expansion continued immediately after the signing of the Oslo accords, despite afundamental clause to the effect of preserving the ‘integrity and status’ of the West Bank.Confiscated and IDF controlled land in addition to littered settlements had covered 59% of the West Bank in 2002[3] andthe prospect of a Palestinian state in this area was completely obliterated.

“Is it not (the case) that every time they make a covenant, some party among them throw it aside? Nay! (The truth is) most of them believe not.”[4]

“They are those with whom you made a covenant, but they break their covenant every time and they do not fear Allah.”[5]

Undoubtedly and with no further political ammunition, the PA knelt even lower ‘offering to annex virtually all of the illegal Israeli settlements in East Jerusalem’ in what was revealed in ‘The Palestine Papers’ for no Israeli concession. Conversely the centrist Kadima political party, led by Ehud Olmert responded by providing in 2008 an even more dissolved proposal of the ‘Palestinian State’[6]. In the PA’s unprecedented ignominy, these lowlycompromises were not to spare the Aqsa sanctuary, the centre of the struggle and conflict when the chief negotiator of the PA offering to concede its control to an ‘international organisation’. Apart from the inviolability of the Aqsa sanctuary, its position as the third greatest Masjid and its status as an Islamic endowment (Waqf) that is not subject to the distribution of any authority, who had agreed to the representation of the PA on behalf of the ummah? Nevertheless such were the bitter fruits of expectation reaped from the Israeli centre-left when the warnings of Allah were thrown behind the back.

The strangulation and terror campaign against the civilians of Gaza, to be followed by the December 2008 declaration of war was sparked by the supposedly liberal Kadima party. Thousands of ghost-like strands of smoke plumed towards the most populated city in the world dispersing flesh incinerating phosphorus smoke into schools, hospitals and UN compounds. Explosives showered the stranded city killing 1500 Palestinians in just 22 days, the vast majority of whom were ordinary citizens. Not long prior to this was the 2006 Israeli onslaught against Lebanon, aimed at obliterating its infrastructure, killing far over 1000 Lebanese civilians and displacing over a millionperpetrated by the same centrist government. This leaves oneconfounded by the mainstream’s concern of the Israeli right-wing gaining political ground and inquisitive as to what such a government can do that is worse than its centrist predecessors. More astoundingly, the very founder of the Kadima political party is the abased pharaoh of the twentieth century, Ariel Sharon, following the firm Likud-led opposition at his order to disengage the Israeli settlements in the Gaza strip[7].

Contrary to common thought, more was achieved by the Palestinians or at least the speed of Palestine’s regression was inhibited when Israel swayed to the orthodox far-right. The Palestinian Authority, since 2010 has refused to convene with Israel on the negotiation table, avoiding the main obstacle to Israel’s decolonisation[8]. The PA furthermore redeemed a spectacle of esteem through its bid at the UN for non-member, observer status, facilitating membership of the International Criminal Court (ICC) and other UN agencies[9]. Recognitionwas successfullyachieved and although currently fruitless, it was done against the will of the Netanyahu government and thus induced Israeli frustration which is a form of resistance. In reprisal, Israel has vowed to withhold the tax revenue that it collects on behalf of the PA, approving the building of thousands of new settlements in a move that has stimulated significant international opposition[10]. The withholding of Palestinian revenue is likely to arouse further Palestinian and international retribution, loosening the PA’s dependence on Israel and thus creating a better sense of political independence. Alternative financial assistance from surrounding Arab governments[11] will restore the centrality of the Palestinian cause while a disengagement of the now old and corroded PA, if be the case is to the detriment of Israel. But most importantly, the orthodox Israeli administration was humiliated at its dismal ‘Operation Pillar of Defence’ in November 2012, provokedby the assassination of a leader in the Palestinian resistance Ahmed Jaberi. Seven days of assault on the Gaza strip was coincided with unparalleled movements of the new administrations of Egypt and Tunisia among other nations. The scale of the resistance caught Israel by surprise and questions the likelihood of its future re-engagement of Gaza.

“And Allah drove back those who disbelieved in their rage: they gained no advantage. Allah sufficed for the believers in the fighting. And Allah is Ever All-Strong, All-Mighty.”[12]

It therefore goes without question that the policies of the Israeli government, in terms of the political spectrum, left, centre or right are restricted to the Israeli voter. History testifies to the consistent repression of the Palestinian people on which Zionism is founded while the Israeli centre-left has engaged in more hostile campaigns than its right-wing counterpart. It can also be contended that international ‘law-makers’, in their lead the UN are either incapable of, uninterested in or against any active measures through which the colonisation of Israel is halted. Then the complaint of Israel being ‘above international law’ then becomes futileand circles from the international community back to the Security Council while Israel watches untroubled. It is up to the international community, who make up the majority of the world to take measurable steps to put an end to this oppression, through reviving the legitimate financial and educationalboycott, hence putting direct pressure on Israel. Only serious resistive efforts will subdue Israel into surrender, beyond that, imploring from a position of weakness will only hamper progress. Above all, understanding the laws of Allah, the correct motive behind the Palestinian struggle and implementing his instructions are most imperative for victory.

“…And there is no victory except from Allah, the All-Mighty, the All-Wise.”[13]