The Role of Women in Preserving Islamic Scholarship 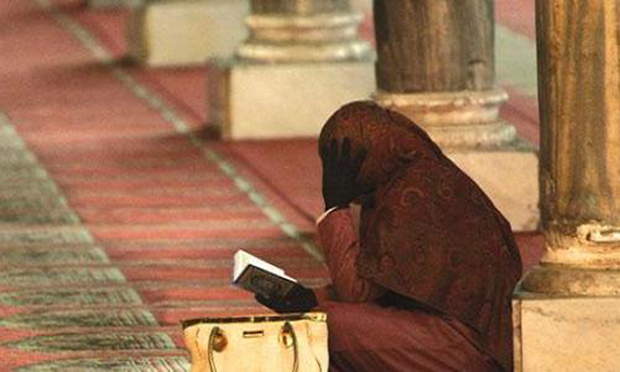 Women play a crucial role in the formation of society. She is the first school for her children. If they are brought up correctly, then a nation will emerge from those children – prosperous, content and upright. There are many roles a woman plays throughout her entire life; daughter, wife, mother, friend etc. Within these roles, far from being the passive, oppressed victim of popular stereotype, Muslim women are seen to be an active person and have a valid contribution to make at every level of community life. At a time when Muslim women are being increasingly attracted by the “feminist theories,” which attack some of the roles of Muslim women as ‘oppressive,’ sisters must be reminded that the authentic sources of Islam i.e. the Qur’an and the Sunnah of the Messenger (peace be upon him) have always spoken of the rights of women and recognized them as full partners in human history. Muslim men and women must have a deep understanding of the Islamic personality as defined by the Qur’an and Sunnah and the complementary roles given to them by Islam in order to bring about harmony between the genders that is envisaged by Islam.

Until modern times, there have been very few scholarly enterprises where women have played an equally important role as men. The sphere of the sciences of hadith is certainly one exception. Since the texts of the Qur’an and Sunnah always stressed the importance of women and defending their rights against pre-Islamic customs, the Muslim ummah had no reservations in entrusting them with matters of the greatest religious importance since as sisters, Muslim women were of equal worth in Allah’s sight. This is one explanation for the fact that Islam produced a large number exceptional female scholars on whose rigorous work and sound judgement much of the edifices of Islam depends.

Throughout Islamic history, within the bounds of respectfulness and modesty in dress and manners, women travelled for knowledge and gave classes in major mosques and schools. They also transmitted and critiqued hadith and issued fatwas. Some of the most renowned scholars such as Imam ad-Dhahabi learned from and praised both his male and females teachers in playing a crucial role in transmitting and preserving the hadiths of the Prophet (peace be upon him) and commented that he did not know of any women who is not trustworthy, doubtful or a liar in hadeeth transmission. This topic needs further study in order to gain a clear understanding of the role women played in Islamic society; their past achievements and future potential.  Muslim female scholars were part of the lifeline of Islamic scholarly enterprise and perhaps looking back and investigating that aspect of history will help us to bring this ummah back to what it once was.

The first memorable work of the Muslims in connection with the art of writing history is the arrangement and compilation of the science of Hadith. Since the very advent of Islam, women had always taken a prominent part in the preservation and narration of hadith; a function which continued for centuries. Since the very beginning of Islamic history, there were numerous eminent female scholars of hadith who were treated with reverence and respect.

Women also held important positions as scholars of hadith during the time of the Righteous Caliphate. A few traditionists (muhadiths – scholars of hadith) during this time include Hafsah, the daughter of Ibn Seereen, Um ad-Darda and Amrah bint Abdir-Rahman. Iyas ibn Mu’awiyah an important scholar of hadith of the time and a judge, considered Umm Darda to be superior to all other scholars of hadith of the period including famous scholars such as al-Hasan al-Basri and Ibn Seerin. Furthermore, Amrah was considered the greatest authority of traditions related by A’ishah (may Allah be pleased with her). The Caliph Umar bin Abdul Aziz once ordered Abu Bakr ibn Hazm, a judge in Madinah (and also her fellow student) to write down all the hadiths known to her.

This transmission and preservation of hadith continued with devout women coming from diverse backgrounds to excel and rise through the ranks of Islamic scholarship. For example, Abidah al-Madaniyah started life as a slave and learned a large number of hadiths. She later married Habeeb Dahhoon, a great muhadith (traditionist) of Spain who took her back to Andalusia. There she related over ten thousand hadiths of the Prophet (peace be upon him) on the authority of her teachers from Madinah.

Zaynab bint Sulayman on the other hand was born into a royal household and had obtained a fine education gaining a mastery of hadith sciences. She enjoyed a reputation as one of the most distinguished muhadithats (woman scholars of hadith) of her time and even counted many important male muhaditheen among her pupils.

The partnership of men and women in the cultivation of Prophetic traditions continued throughout the centuries to the extent that all important compliers of hadith from the earliest period received hadiths from female scholars. Every major collection of hadith contained the names of women as authorities of the author. When these works were compiled women traditionists mastered them and delivered them to large numbers of students along with their own ijazahs (authorities or certificates to teach).

The strong tradition of women scholars of hadith (muhadithat) continued throughout the fourth, fifth and sixth centuries of Islam. For example, in the fourth century we find Fatimah bin Abdir-Rahman (the granddaughter of famous Abu Dawood – compiler of Sunnan Abu Dawud),  Amatul-Wahid,  Umm al-Fath, Amastus-Salam and many other women scholars who taught classes in their provinces. Moreover, in the fifth and sixth centuries we have Fatima bint al-Hasan who was not only known for her piety, but she was also famous for her competent knowledge in hadith and the high quality of isnaads (chains of narrations) that she knew. Kareemah al-Marwaziyah is another example who was considered the best authority on Saheeh al-Bukhari at her time, to the extent that Abu Dharr of Herat, a leading scholar of that period advised his students to study Saheeh al-Bukhari under no one but her as he attached great importance to her authority in hadeeth transmission. Some of her students include scholars such al-Khateeb al-Baghdadi and al-Humaydi. Another example was A’ishah bint Abdul-Hadi who for a considerable amount of time was one of Ibn Hajr al-Asqalani’s teachers and was considered to be one of the finest muhadithaats of her time – many students travelled great lengths in order to sit at her feet and study Islam.

The ninth century is also animated by examples of women scholars and traditionists who were acclaimed as among the most precise and scholarly traditionists of their time who also trained a great number of scholars of the next generation. Abdul-Azeez ibn Umar ibn Fahd’s biographical dictionary contains biographical notices of more than 1100 of his teachers, including over 130 women scholars under whom he studied. For example, Umm Hani Maryam after acquiring a tremendous amount of knowledge of all the Islamic sciences devoted her life to lecturing at great centres of learning in Cairo, granting ijazaahs to many scholars.

Throughout Islamic history, female scholars took a leading role in Islamic scholarship and did not confine their learning only to private study, but made great efforts to take their positions as students and teachers in public educational institutions along with their male counterparts. Various surviving manuscripts such as Kitaab al-Kifayah of al-Khateeb al-Baghdadi show women scholars such as Ni’mah bint Ali and Umm Ahmed Zaynab bint al Makki among others delivering lectures sometimes independently and sometimes jointly with male scholars in major colleges of learning such as the Azeeziyyah Madrasah and the Diya’iyah Madrasah – lectures that were at times attended by Ahmed, the son of Salahudeen al-Ayubi.

These are just some examples of the enormous contribution made by women to the lofty edifice of Islamic scholarly enterprise. I hope this will empower sisters to attain the status and dignity that was once granted to them by our pious predecessors in playing a crucial role of preserving this great religion through knowledge.