Are you ready for our first ever NATIONAL CAMPAIGN?
Home / Islamic Thought / Propagation / General / Are we truly believers? 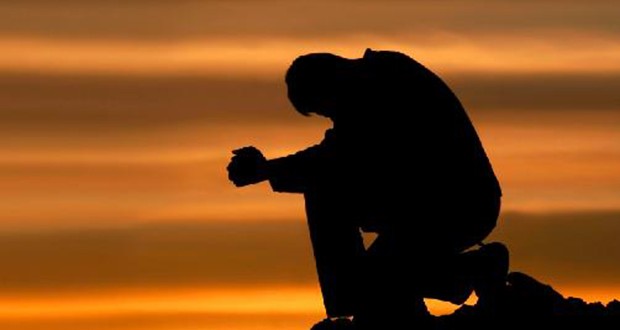 Are we truly believers?

“So do not weaken and do not grieve, for you will indeed be superior if you are truly believers.”[1]

This verse was revealed to the Messenger (SAS) by Allah The Almighty from above the Seven Heavens, soon after the Muslims suffered a defeat in the Battle of Uhud and returned to Al-Madinah dejected and downtrodden. It was revealed as an encouragement to the believers after a victory that was in their grasp, was snatched away from them and turned into a defeat. And why should the Companions (RA) not have felt devastated at this defeat? Seventy of the best human beings on Earth at the time were killed and countless others were injured. Even the Messenger (SAS) himself was seriously wounded until blood flowed from his face and he said in great anguish whilst wiping the blood from his noble cheeks: “Allah’s Wrath is Great upon the people who besmeared His Messenger’s face with blood.”

However, this defeat was only a temporary setback so that the believers could reflect upon the reasons for the defeat, described in successive verses of Surah Ale-Imran. The mistakes and sins of a few believers had deprived the whole army of victory.

When Umar bin Al-Khattab (RA) despatched the army of Saad bin Abi Waqqas (RA) to the Battle of Al-Qadisiyyah, he advised him: “Fear your sins more than you fear the enemy as your sins are more dangerous to you than your enemy. We Muslims are only victorious over our enemy because their sins outnumber ours, not for any other reason. If our sins were equal to those of our enemy, then they would defeat us due to their superior numbers and resources.”

And so Saad (RA) proceeded to fight the Persians and, sticking to the advice of his leader, he imprisoned the alcoholic Abu Mahjan Ath-Thaqafi lest his presence in the army delays the victory. Until, Abu Mahjan lamented in his shackles and composed verses of poetry that touched the wife of Saad (RA) to temporarily release him so that he could participate in the battle with his brothers. Abu Mahjan thus went out riding the horse of Saad (RA) (as Saad (RA) was bedridden with fever) and performed unmatched feats of valour before returning to his cell in the evening and wearing his shackles back by himself. This continued for three days until, when Saad (RA) found out about the heroics of Abu Mahjan, he untied his shackles with the words: “By Allah! I will never imprison you again for drinking alcohol!” Upon this, Abu Mahjan replied, “By Allah! I will never again touch alcohol after this day!” The army was victorious and Saad (RA) appointed the ascetic Companion Salman Al-Farsi (RA) as the new ruler of Persia, who lived on a meagre salary of one dirham per day.

Victory and defeat, gains and losses, and successes and setbacks are not decided by money, resources, numbers or skills. Rather, they are decided by the balance of obedience and disobedience of Allah The Exalted. The more we obey Allah, both individually and collectively, the more we hasten His Victory. The more we disobey Allah, the more we delay the arrival of His Victory. One Muslim’s sins can delay the victory for everyone. It is very easy to blame Bush and Blair, the ‘West’, the ‘kuffar’ or simply ‘them’ for all our woes and worries. But it is not so easy to look in the mirror and point the finger at ourselves.

Look at us and our pathetic state. We have abandoned Salah or we delay it or rush through it. We are too stingy to give Zakah, let alone optional charity. We prefer to go on holiday than to go for the obligatory Hajj. We drink alcohol, we use and supply drugs (Muslims are amongst the biggest suppliers of drugs in the world today), we cohabit outside wedlock, we steal, we cheat. We eat haram, earn haram and sell haram. We beat our wives and force our daughters into marriages then use Islam to justify it. We are quick to spend on fashion and luxuries but slow to spend on orphans and the needy. We fail to utter a single word, let alone raise a finger, when we see our fellow Muslims imprisoned , tortured, house-arrested, extradited or slain for fear of being ‘linked’ to them. We waste our lives watching television and playing computer games then complain that we don’t have enough time to become better Muslims. We are too addicted to music to find time to listen to or memorise the Quran. We are too busy in fun and games to fulfil our responsibilities as vicegerents on Allah’s Earth. And after all this (and more), we have the audacity to wonder why Allah’s Victory has not yet arrived. With our paltry state, we should more likely expect Allah’s Wrath and Punishment rather than His Victory.

Every sin we commit delays the arrival of Allah’s Victory. Every Salah we delay extends the incarceration of a captive at Guantanamo Bay. Every drug we take allows another Quran to be flushed down the toilet. Every hour we waste watching TV allows another Muslim to be kidnapped and extradited into the hands of savage beasts. Every time we gaze at something forbidden, we place an obstacle in the path of Allah’s Victory. A sin is not a ‘private matter between me and Allah’ but one sin can make the difference between victory and defeat. Every sin we commit is one more reason why Allah should not grant us relief, safety and victory.

Allah has made us a Promise in the aforementioned verse: “So do not weaken and do not grieve, for you will indeed be superior if you are truly believers.” He promises us relief, assistance, superiority and victory on the condition that we are true believers. If we suffer defeats today then it does not mean that Allah’s Promise is false. Instead, the question we must ask ourselves is: are we truly believers?

Notes:
Source; www.islam21c.com
Islam21c requests all the readers of this article, and others, to share it on your facebook, twitter, and other platforms to further spread our efforts.
[1] Al-Quran 3:139

Previous: He described water to be water
Next: How to understand weak hadeeth 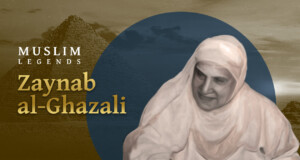