How to understand weak hadeeth 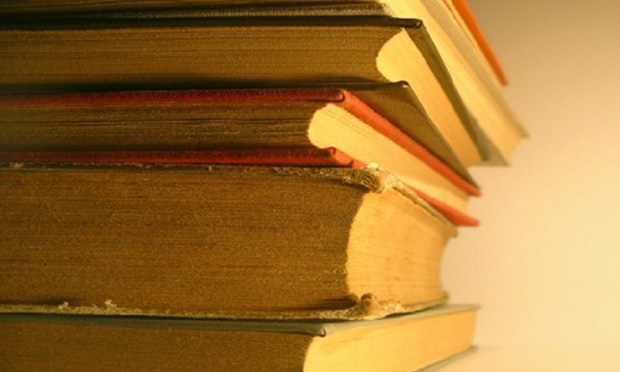 Many of the early scholars held the firm opinion that to act upon, or derive rulings from a hadith which has been declared to be weak, by the scholars of hadith is unacceptable. Their reasoning being that Islam has no need of anything weak, and the authentic material of Islam will suffice for all time, the da’eef hadith amounting only to a conjecture which has the possibility of being correct.

I quote from the introduction of The Prophet’s Prayer Described of Shaykh al-Albani,

“…this is because I hold that the authentic ahadith are sufficient, leaving no need for anything weak, for the latter does not amount to anything except dhann (conjecture, suspicion), and incorrect conjecture at that; as the Exalted says: “…and conjecture is of no use against the truth.”

The following quotes show the position of the early Scholars of hadith on this issue:

Whoever tells untruths about me is surely seeking for himself a resting place in the fire [of hell]. The Messenger of Allah began to say that while he was wiping the ground with his hand.

From Abu Hurayra, “You may report about the Children of Israel and there is no blame (haraj). Report about/from me, but do not tell untruths about me.”

This is the most emphatic hadith ever transmitted from the Messenger of Allah on this matter. We have relied on it as well as on others (ahadith or evidences) in not accepting any report except from a trustworthy [transmitter], and that we know the truthfulness of those who transmitted the hadith since it was begun till its end is reached.

If someone would say: What evidence is there in this hadith for what you have stated?

“To proceed, may Allah have mercy upon you. If it were not from the evil practice that we have seen from many who take upon themselves the position of Muhaddith, in their leaving the obligation to discard the weak ahadith and munkar narrations and to suffice with only the authentic ahadith – well known and transmitted from reliable narrators, well known for their truthfulness and trustworthiness. After knowing and admitting with their tongues that much of what they fling at the ignorant is to be rejected and is transmitted by unsatisfactory narrators whose narrations are censured by the scholars of hadith like Malik, Yahya bin Sa’eed al-Qattaan and others….. And know may Allah have mercy upon you, that which is obligatory upon everyone who is able to distinguish between authentic and weak narrations and between the suspect and reliable narrators, is that he should narrate therefrom except those known to be authentic and have trustworthy narrators…”

Imam ibn Rajab al-Hanbali[2] says, ‘and it is clear from what Muslim mentions in the introduction to his book that it is necessary that the ahadith to do with targheebwa’tarheeb (encouragement and discouragement) are not narrated except from those that ahkaam (rules and regulations) are narrated [meaning the authentic ahadith]’

al-Allamah Jamaal ud-Deen al-Qasimi narrates from a group of the Imams of hadith that they did not accept acting by a weak hadith at all, like ibn Ma’een, al-Bukhari, Muslim, Abu Bakribn al-Arabi al-Maaliki, ibn Hazm and others. [3]

Abu Bakribn al-Arabi[4] said while commenting on the hadith, “the halal is clear and the haram is clear”,

“…. What I have [as the reason] regarding that, and Allah knows best, is that which we have transmitted from Ahmad ibnHanbal that he permits weak ahadith regarding al-wara’ (abstaining from doubtful matters). May Allah be pleased with al-Bukhari who did not see for the heart to hold to, or for the religion to be connected through anything except the authentic [ahadith], and that is our position. If we were to incline to the position of Ahmad; then holding to da’eef ahadith cannot be [accepted] except in lessons/admonishment which soften the heart, but as for the basis (usul) there is no way to [accept] that.” [5]

Ibn Hazm[6] says in al-Milal, “and it is not permissible with us that we say as these ahadith say (i.e. those weak and fabricated narrations), or to trust in them, or to take anything from them.”

‘And it is not permissible to rely in the Shari’ah upon da’eef ahadith which are not sahih or hasan. But Ahmad bin Hanbal and other scholars considered it permissible to report with regards to fadaa’il al-amaal(rewards and excellences of actions) that which they did not know to be affirmed, when it is known that it is not a lie. And that is because when the action is known to be legislated with Shari’ah evidence, it is possible that the reward be a fact. And not one of the Imams said that he considered it to be permissible to make something obligatory or recommended based upon a da’eef hadith.’[7]

‘And Ahmad bin Hanbal or others like him from the Imams did not rely upon this type of ahadith in the Shari’ah. And the one who relates from Ahmad that he used to rely upon the weak ahadith, which are not sahih or hasan, has erred.’

So the narrations from him that he would act upon a da’eefhadith when there was nothing else present in the texts on that subject, or nothing that contradicted that da’eef hadith, does not mean that Imam Ahmad used them as proof in the Shari’ah. Allah knows best.

And as for what Imam Ahmad bin Hanbal and Abd’Rahman bin Mahdi, and Abdullah bin al-Mubaarak said,

They mean, according to what I find to be most convincing – and Allah knows best – that the leniency was in their taking the hasan hadith, that which does not reach the level of sahih. Because the convention of distinguishing between the Sahih and Hasan was not present at their time… rather many of the early scholars did not describe a hadith except by it being sahih or da’eef only.’[8]

So what is clear is that the term hasan was not present at that time, and a great deal of what these scholars used to narrate in terms of fadaa’il al-amaal was of the level of what the later scholars called hasan.

So the opinion from the above mentioned scholars is to leave acting by the weak hadith in totality, except where there is a consensus of the Islamic scholars on the issue at hand, and Allah knows best. And as for the claims of some that Imam Ahmad amongst others of the early scholars allowed weak ahadith to be used in Shari’ah rulings then that has no firm basis as mentioned above. [9]

And especially in this day and age, when so many innovations and misunderstandings about religion are present, many of them having their roots in these da’eef ahadith, it becomes even more essential to narrate only authentic ahadith as part of the process of purifying the understanding of the religion.

The preceding was with regards to acting upon the da’eef hadith, as regards to using the da’eef hadith in certain Islamic sciences like in the Hadith science in which the weak ahadith are used to support or strengthen other ahadith, then this has been done and is being done by all of the Scholars of Hadith.

1) Upon that which they all agree, that it should not be very weak so that it excludes that only narrated by a liar, one accused of lying and one who makes serious mistakes.

2) That is falls under a general proof already present – which excludes that which is invented having no basis.

3) That acting upon it the person does not think that it is something established – in order that he does not attribute to the Prophet what he did not say. [10]

We can see from these conditions the following: The first principle lays out the obligation to make known the weak ahadith from the authentic, even in fadaa’il al-amaal. Something that many people who follow this opinion do not do – many of the scholars who follow this opinion today are not even capable of discerning whether the hadith they are quoting contains the types of weaknesses indicated above!

The second principle establishes that in reality the person is not acting by the weak hadith but rather by the general proof already present. [11]

1.He is the MujtahidImam and the Mujaddid of his time, Muhammad bin Idrees ash-Shaafi’ee. He studied under a galaxy of prominent Imams, amongst them Imam Maalik.

2.’Sharh at-Tirmidhee’ (2/112).He is the exemplary Imam and great Mujtahid scholar, ibn Rajab al Hanbali, a student of both ibn Taymiyyah and ibn al-Qayyim amongst others.

5.Quoted from Abu Ghuddas introduction to al-Muhasibi’s ‘Risalah al-Mustarshideen’ (pp58) where he states that he has abridged the quote from ibn al-Arabi.

6.He is the great Imam who championed the Dhaahiree School of thought and wrote many invaluable treatise, amongst them his ‘Muhalla’ in usul al-fiqh, and ‘MilalwaNahl’ on different sects. He died in the year????

9.So what would the author of ‘al-Albani Unveiled’ say about the position of all these scholars, would he label them all as ignorant as well, as he has done in his amazing ‘scholarly’ work?!

10.As mentioned by his student as-Sakhaawi

11.The quotes are taken from the introductions of ‘Sahih al-Jaami as-Sagheer’, ‘Tamaam al-Minna’, ‘Silsilah ad-Da’eefah’ (Vol. 1) of al-Albaanee, with the exception of the quotes of Imam ash-Shaafi’ee and ibn al-Arabi.