A Crossroads in Modernity 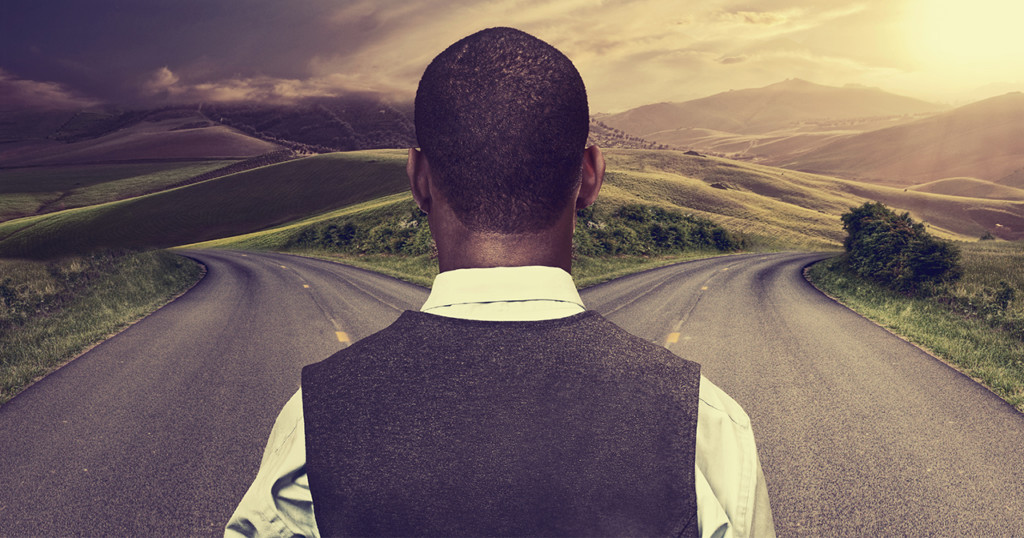 The satisfaction of a reward is proportional to the effort exerted to gain it.

From securing one’s family’s provision, to having a deep, intimate relationship with a trusting partner, a physical as well as an intellectual exercise need to be exerted to attain the desirable outcome. Traversing through the difficulties of the task is justified by the fulfilling end result.

That is what motivation is borne of: a willingness to exert effort based on the belief that it will be rewarded. Naturally, it is the most motivated people who are most likely to be successful – to reap the fruits of their harvest.

What then of motivation in a society where instant gratification is readily available and communally encouraged? And this not only in food and drink, but social and sexual gratification, too?

People will start losing their sense of purpose and their desire for success will wane. Success itself will lose its meaning. If, after all, my most primal desires can be gratified through minimal effort, what justifies any exertion of maximal effort? Am I not, in a sense, already successful?

We are, it seems, at a crossroads in modernity.

The industrial revolution brought with it mass-production on a scale unfathomable a few centuries before it, and increasingly ergonomic technologies allow for individual connectedness with the global network in an incredibly useful but perilously unsanctioned way. While we hoped these advancements would emphasise our core moral values, they have come to replace them.

Social media has us increasingly suspicious of actual socialisation. Even the most intimate of human connections is sacrilegiously commodified to more perverse and extreme limits.

The paradox of modernity is that going faster only makes you reach nowhere quicker. In other words, “having everything possible in the shortest time possible” is the underlying motif of modernity, without giving any clear or cogent reason as to.. why? What are we achieving by owning or consuming more in a shorter time? Why all this anxiety? What are we all rushing for?

The inadvertent direction of abundant directionlessness is oblivion – either by way of complete anarchy, or a sincere but severely misplaced enforced direction in the form of authoritarian fundamentalism.

The only hope we dare to have is a conscious, conscientious, and compassionate return to what is primordially pure – the human being himself.

What the West has learnt the hard way is that superstition and deliberate irrationality can never truly allow for a thriving humanity; but what we are in the process of learning the hard way now is that a robotic satiation of the animalistic will gratify us at the expense of our essence – moving us forward, while leaving ourselves behind. We cannot wholly reside in either of the two latter sentiments. If our ultimate becoming is in the unregulated selfish gratification of our bestial desires, then we are just particularly advanced animals that have worked out more efficient and enjoyable ways to satiate their biological needs; and, if it is in perfecting our intellects, then Artificial Intelligence has proven much more human than humans can ever be.

The human being’s ultimate becoming is through an affirmation of the physical, its mitigation through the intellectual, for the fulfilment of the spiritual.

The notion of success mentioned at the beginning is in fact a spiritual one – it recognises a physical need, rationalises the means for its realisation, then actualises them and attains not only the fulfilment of the need as a reward, but the metaphysical experience of the journey and the virtues that come with it. Ambition, courage, patience, perseverance, confidence, and any other noble attribute can only ever be attained through a rationally sound engagement with the physical. The intellect is the link between the physical and the spiritual.

Iterate that concept through time and space while controlling all other variables for the individual and the collective benefit, and you have religion – the only institute which uncompromisingly insists on, and believes in, human transcendence.

It is difficult to conceptualise a spiritual journey in the modern context, driving down to the supermarket for the weekly shopping. More difficult at least than if one were a shepherd caring for his livestock or a hunter tracking his prey, as humans have been for millennia. The facilitation of livelihood and the apparent dullness of modern professions make it difficult to consider where such experiences may be sought. The silver lining is that the most fulfilling experiences, though difficult to find and even more difficult to attain, are synonymous with our being human, and so will remain so long as we remain. We will have parents, we will meet companions, we will aim to love and build meaningful relationships, learn from our mistakes, pass on wisdom, and ultimately leave this world with the most fulfilling existence possible therein.

It is in these aforementioned sentiments where such transcendental experiences are traditionally sought, and one of the main reasons why we’ve lost connection with ourselves and any notion of divinity is the bombardment they are constantly subjected to. Knowledge, education, marriage, parenting, sexuality, gender, and any fundamental human value is being endlessly critiqued and re-modelled with an unyielding scepticism. The belief that we are somehow much wiser than the natural order out of which we are borne is proving to be the end of us. It’s almost a cliché – a bad joke. We’ve become too smart for our own good.

It is time to be sceptical of blind scepticism just as much as blind faith. Time to realise that outwitting tradition is to unwittingly outwit ourselves. Time to realise that the only way we can be truly and wholly satisfied is by recognising our innermost and highest sense of self and pursuing its perfection. Time to realise that transcendence is humanity’s ultimate calling, and that we need to individually and collectively, internally and externally, transform ourselves to sustainably and sensibly move into the future.

For our own sake, it is time to return to God.

Ustādh Ahmed Kamel in a Mechanical Engineering (MEng) graduate and a student of the Qur’ān and Arabic language. He currently works as a teacher at the Imām Shātibi Institute in London.