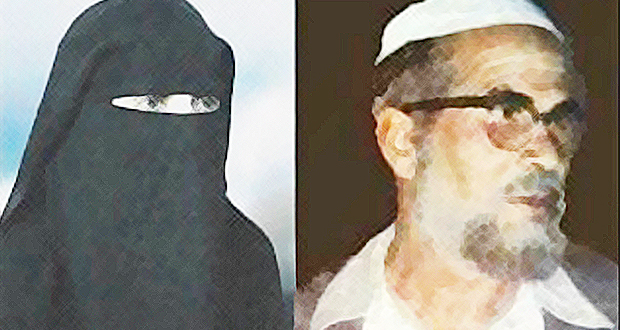 When the Prophet (sall Allāhu ʿalayhi wa sallam) would remember Khadījah, he would say:

“I have not been given better than her (Khadījah), she believed in me when the people disbelieved, she verified my truthfulness when others belied me, she supported me with her wealth when the people prevented it from me…”[1]

She was his fortress, and firm support, akin to a truthful advisor, but at the same time a friend who would strive for his wellbeing, lessening his burden, fulfilling his needs and providing him refuge when he was banished by Quraish. When she sensed from the Prophet (sall Allāhu ʿalayhi wa sallam) fear and anxiety, she affirmed:

“Never! By Allāh, Allāh will never disgrace you. You keep good relations with your kith and kin, help the poor and the destitute, serve your guests generously and assist the deserving calamity-afflicted ones.”[2]

She accompanied him on the three-year siege, never uttering a word of dissatisfaction, happy to forsake her wealth and comfortable home, to an open prison between two mountains, under the heat and cold, over rocks and gravel and in thirst and hunger, whilst she was who she was, rich and distinguished amidst the community of Quraish.

Just before she had entered the presence of the Messenger, Jibrīl had already transmitted to her a message of ‘Salām‘ and “glad tidings of a house in Jannah built of Qasab wherein there will be neither any noise nor any fatigue.”[3] Khadijah answered the call to Īmān, willingly without the Prophet having to raise his voice or endure hardship for her to accept, according to al-Suhaili, it may be on the back of this that Allāh gave her this parallel reward.[4]

The Ummah has since continued to bear form these elevated women, those who formed nothing less than the spine of some the greatest Islamic movements in old and modern history. Hidden in the shadows, affording their counterparts that critical support when the hurdles stood too high and the world confined and restricted, they were happy to be not known to many, so long as they are recognised by their Creator as such.

Aminah Qutb was the sister of the distinguished 21st century reformist Sayyid Qutb,[5]  the intellectual and religious guide of many of the Islamic movements that sprung in the 1950s, finally executed by Abdel Nasser’s despotic regime on the 13th of August 1966 (raḥimahu Allāhu). Aminah was born in Musha, in Egypt’s Assiut province into a family categorised by its observance and care for the needy. Among her siblings, Sayyid, Muhammad and Hamida. Aminah was nourished as an academic writer and, composed by her experiences, one of unique character and Īmān.

Aminah’s journey of sacrifice and struggle uncovered fully when she married Kamal al-Sananiri who was in jail at the time. Kamal al-Saniniri became one of the leading activists of the Muslim Brotherhood in 1941. His activism extended as far as Afghanistan during the soviet invasion. Kamal was unjustly imprisoned in 1954 and sentenced to death, to then have his sentence reduced to 25 years of community service.

In jail, Kamal encountered brutal assault and torture which changed his physical appearance and ability to speak during his court hearings. Before long, he was transferred to Tura hospital for treatment. There he met Sayid Qutb, and would eventually ask Sayid for his sister, Aminah’s hand in marriage despite 20 years remaining of his sentence. Sayyid relayed the request onto his sister Aminah. Driven by her love of Islām and embroidered with Īmān and willingness to tread the thorny path of Da’wah, whilst knowing very well who al-Sananiri was and what he stood for, she accepted. Not long after, she visited Kamal, exchanged glances and the marriage contract was fulfilled.

Aminah continuously visited him, travelling by train, then to Qana jail from Cairo. With her, she took words enshrined with confidence, beautiful and profound letters of encouragement, and poems that strengthened his resolve. Although they only spoke from opposite sides of metal bars, her attachment to him was forever strengthening. She would remind him of her contentment and faith in Allāh’s decree and Allāh’s promise of victory.

Several years passed and Kamal began to sense Aminah’s increasing exhaustion. Overwhelmed with his own emotion, he presented to her the option of ending the marriage saying: “never do I want to impede your path to happiness….but never will I succumb to the oppressor’s will by the permission of Allāh…even if they were to tear me into pieces…” By means of a heartfelt poem, her reply was one in which she expressed her choosing the path of struggle and sacrifice, and that nothing will cause her to part from her beloved companion. In a touching letter she wrote: “allow me to be with you on your path…the path of Jihād and paradise, steadfastness and sacrifice, and commitment to the firm ‘Aqīdah (creed) that we dedicated ourselves to without any hesitation or regret.”

After 17 strenuous years, in 1973, Kamal was released, reuniting with his devoted Aminah and living with her his sweetest years, full of piety, affection and compassion, the “happiest years” of Aminah’s life as she describes them. But the mercilessness of the oppressive regime, this time Anwar el Sadat’s, primarily instigated by his zeal to crush any resistance to his recognition of Israel, Kamal was rearrested in September 1981. This time, the torture was unprecedented, the worst type created and deployed by these heartless brutes. After just a month, in November, his blessed soul departed, martyred under the severity of the inflicted torment. His body was returned to his family on condition that no funeral was held.

Now separated from her love, soul, and companion, with the inkpot of her heart and the pen of her emotions, Aminah Qutb wrote the following words:

“Do you envisage us meeting again, or has it already…Taken place in the land of mirages;

Then it withdrew and its shadow vanished…And turned into torturous memories;

This is what I ask my heart whenever…The days grow longer from the day of your departure;

But then your memory stares at me, cheerfully…And so it is as if I am listening to the response;

Did we not tread the path of truth together?…So that good can return to the barren land;

So we walked along a thorny path…Abandoning all of our other ambitions;

We buried our love deep within ourselves…And we strove on in contentment, hoping in the reward of Allah;

We had made an agreement to walk together…Then you hurried, responding to the call of departure;

When the generous Lord called me…Inviting me to a life amidst gardens and vastness;

To a sublime meeting in perpetual happiness…With the Soldiers of Allah, joyful in their companionship;

They presented their souls and lives, as sacrifice…Having responded without the slightest hesitation;

So let your heart awaken from its sleep…For the ever-lasting meeting is in such a land;

Oh you who has left, pardon me for my complaining…For my heart aches at your remembrance;

You have left my heart to bleed heavily…Lost in the night, in the depths of fog;

My evenings have become ones of confusion and loneliness…As I tread the long path of life in anguish;

My night has become a gloomy sea…Encountering within it waves of pain;

No longer does light radiate from my nights…The brightness of stars have disappeared;

Despite this, I shall march on just as…You used to find me, in the face of adversity;

My head shall remain raised, and never…Will it accept weakness in speech, nor in my replies;

I shall be spurred on by the sweet-scented blood…Blood that has illuminated the roads of ahead.” [6]

May Allāh have mercy upon Kamal, Aminah and their likes. Sister Aminah’s pain-filled words draw the tears of repentance, and awaken dead hearts. They instruct a real shift for us, once and for all, from worldly ambitions to the craving of the Hereafter, and towards understanding real love, something adorned by mutual mercy, support, cooperation, sacrifice and helping one another to embark on a great cause.

When ʿUmar asked the Prophet (sall Allāhu ʿalayhi wa sallam): “O Messenger of Allāh what kind of wealth should we acquire?’ He said: ‘Let one of you acquire a thankful heart, a tongue that remembers Allāh and a believing wife who will help him with regard to the Hereafter.‘” As the saying goes; behind every great man is a great woman. Of the best supports for any leader is a loving, encouraging spouse and of the worst hindrances to a potential leader is the opposite of this. When one views the institution of marriage in this way, it becomes a fertile, cultivating ground for greatness, rather than an avenue of conflict and tussle for individual ‘rights’.

These are stories for reflection and contemplation, far above and beyond the uselessness and fantasy of well-known ‘romantic’ plays categorised by evil; beginning with war, leading onto fornication and ending with suicide. A Muslim follows the most superior spiritual and moral conduct demonstrated by the stories of those who passed; our own history and heritage that is all too often hidden or forgotten.

[1] Musnad Ahmad, on the authority of ‘Aisha rady Allahu ‘anha

[3] Bukhari and Muslim on the authority of Abu Hurairah

[6] https://www.youtube.com/watch?v=WV7aJFTP9GA words recited in a Nasheed by Qari’ Sa’d al-Ghamidi