Advice to Youth in the Public Eye 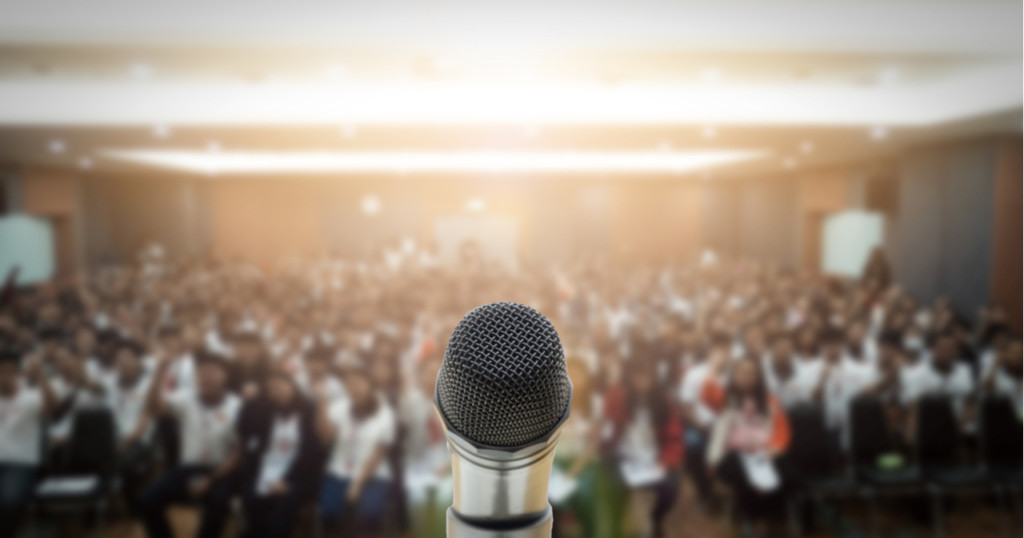 With the rise of social media it is easier than ever to become an overnight sensation and to have crowds of people following you and imitating your ideas and actions. This poses a particular challenge to the youth who are far more connected, far more tech-savvy, but above all, often very premature in understanding themselves, their ideals and also their world view. Recent revelations around young social media sensations, as well as incidents over the past few years of young Muslims who have built online personas, got me thinking. Is it better for the youth to err on the side of caution in relation to the public eye? And if so, to what extent?

When it comes to public platforms, I think we always need to try and think about it in as many paradigms as possible. Of course, with the root of all our paradigms being the pleasure of Allāh and service to Islām. From there we need to try and consider it on as many levels that we can think of, be it personal, social, communal and at times also global. Within each of those levels there exist layers which we also need to consider and explore, in particular having ukhrawi (hereafter-centric) and dunyawi (worldly) perspectives and thought processes being put into it.

The first point I think young people need to start off with is the realisation that as young adults we still are in the formative years of our learning and development. We need to appreciate that at the early stages of our lives most (if not all of us) are still quite ill-informed not just about Islām, but often about ourselves and our own life trajectories. When young people voluntarily put themselves in circumstances that require them by necessity to articulate ideas, thoughts, stances that are wholesome, they often find themselves in big trouble later on. Mainly due to the fact that once they’ve said something and publicly been forced (or even forced themselves) to take a stance on something, whilst being half-informed or with underdeveloped foundations, those early problematic ideas often ossify prematurely or at the very least become a significant factor of bias in a person’s thinking and worldview whether or not they realise it. Often these things occur because individuals simply haven’t had the time and experience to gain these foundations and mindsets.

There are too many young and intelligent people out there who have not allowed their ideas to ripen because they allowed for circumstances to dictate the trajectories of their biases and opinions. It usually starts with a small platform and no experience, and then it becomes a trend of one-sided discussion that are dictated by that first experience in a way that’s damaging in the long run. As young people we need to take full advantage of the space and lack of noise we have around us while we can. We need to spend our formative years taking advantage of the space that we are afforded (and that we take for granted) to properly formulate our ideas with deep thought and thorough consultation and nuance.

We’ve seen this formula far too often within our community, with people who were raised far too quickly, being compelled to live to a particular standard which they themselves hadn’t settled into yet.

Another thing is often when young people take these opportunities, to discuss topics and ideas where the issues themselves aren’t well defined or are by nature speculative, the youth often find themselves saying things they later consider to be quite immature and in the case of many young people, just exposing things about themselves and others that just shouldn’t be said publicly; generally doing more damage than good.

At the end of the day being in the public eye really boils down to the development of the individual and the nature of the opportunity before them. Is it the next natural organic step in their nurtured development according to a thought-out vision or objectives? Or reacting to a sudden imperative, which could severely hamper a person’s natural growth by forcing a hasty rise instead?

Curse of the one-man show

Then there is of course the issue of social support which really revolves around who a person has around them and the impact they are having on them. Often, very few people these days have a solid support network of several brothers and sisters who are of various ages and experiences all looking after the individual making sure their īmān is protected, that their plans are guided and are generally holding the individual to account. Lack of accountability is extremely damaging for a person’s individual growth as it can force a person into a false sense of individual security and make them feel that they are independent of others in their thinking and conceptual standards. It’s a horrible self-fulfilling prophecy that will create one’s downfall, as you never truly allow yourself to be challenged on ideas, so the natural assumption is to assume a level of objectivity in one’s thoughts.

Initially they’re just ideas, but they slowly morph into standards and values and in some cases benchmarks for truth where those who reach this stage without any guidance often lull themselves into a self-proclaimed sense of magnanimity whilst all others are misguided – creating a false sense of security in their own salvation. This is so dangerous, and people sadly destroy their dunya and ākhirah and often take Islām down with them purely because they didn’t have anyone to reign them in when they began to go too far.

Having a network around an individual is vital in any form of leadership this person takes, let alone public roles. This is because a network will be ensuring accountability for a person, the appropriate nurturing and guidance for them, but also help them in any public role they have, be it through shūra (consultation), reminders and in the very messages they are putting out to the community as a whole. Unless an individual has that and has been given the thumbs up by these people who they trust and respect, I would be wary of a young person taking the prerogative to speak on behalf of Islām and Muslims. As one of my teachers likes to say: people flex biceps they don’t have, and when you speak it’s as if you’re speaking on behalf of Allāh so be very careful.

Brothers and sisters who take up leadership or public roles in activism should prioritise direct, grassroots work which should guide them and their own personal development without unnecessarily putting it at risk. The growth of our young people needs to be measured, with calculated risks, timely interventions and with an impact being made in a way which is most pleasing to Allāh, and befitting of people who want to carry the title of Siddīq.

Enam Ahmod is currently a medical student at Kings College London and also holds a MSc in Global Health from the London School of Economics. He is active in university based projects, previously serving as a Head brother at King’s College London Islamic society, a former director of faith-based humanitarian project Students4Syria, and is currently serving as a Vice President in the Federation of Student Islamic Societies (FOSIS). He has also graduated from the Sabeel Development Programme. He is passionate about education, community empowerment and leadership, hoping to combine between the three in both his professional and extra-curricular endeavours.