In Pictures: Muslims celebrate ‘Eid al-Adhā 1440 across the world 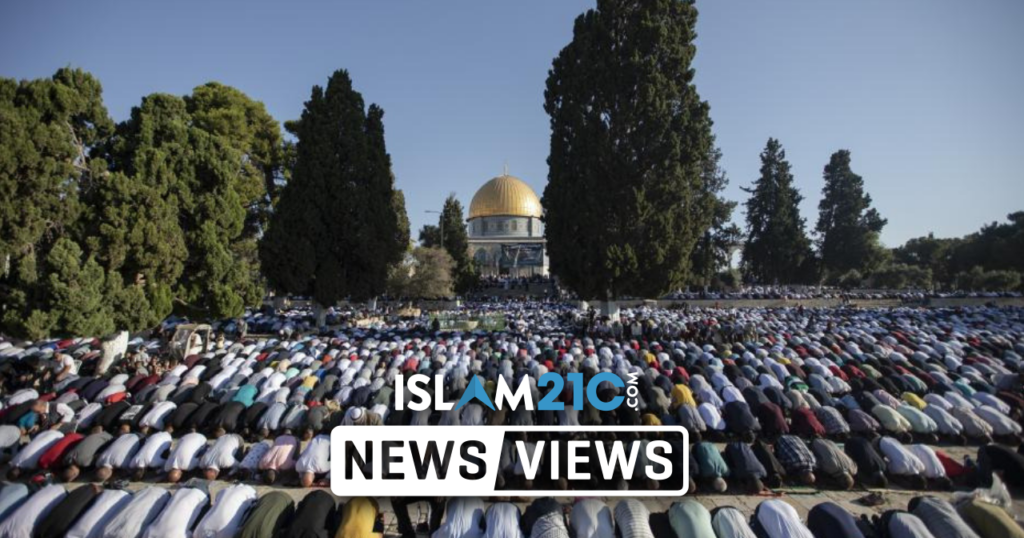 Alḥamdulillāh by the permission of Allāh (subḥānahu wa taʿālā), Muslims across the world celebrated ‘Eid al-Adhā. It began on the tenth day of Dhul Hijjah in the twelfth month of the Hijri calendar (Islamic Calendar), coinciding with Sunday 11th August 2019.

This presents a powerful reminder of the sacrifices that Ibrahim (ʿalayhi al-Salām) made for the sake of Allāh (subḥānahu wa taʿālā) and acts as a reminder for us that change and development requires sacrifice.

As Muslims if we are to change our state be at a personal level or our global situation we must follow in the footsteps of Ibrahim (ʿalayhi al-Salām) by submitting entirely for the sake of Allāh (subḥānahu wa taʿālā) no matter how great the cost.

“Indeed, the most worthy of Ibrahim among the people are those who followed him [in submission to Allah] and this prophet, and those who believe [in his message]. And Allah is the ally of the believers.” [3]

“Ibrahim, the sūrah asserts, was a devotee to God’s true religion based on submission to God, i.e. Islam, and his natural patrons are those who adhere to that same religion. God shall be the Guardian of all true believers.” [4]

The day is marked by carrying out udhiyah which refers to the act of slaughtering an animal (a camel, cow, sheep or goat) for the sake of Allāh on the 10th of Dhul-Hijjah. In fact, ‘Eid al-Adhā, the main festival of Islām, is named as such because of this act. The word udhiyah also refers to the animal either before it is sacrificed or after it is sacrificed. [5]

Muslims across the globe came together at Mosques and open spaces in large numbers in order to offer the ‘Eid prayer and celebrate the occasion.

The ‘Eid also comes as Muslims across the globe travelled to Hejaz to perform the Hajj. According to the General Authority for Statistics (GASTAT), this year the total number of pilgrims reached 2,489,406 pilgrims, 1,855,027 of whom came from outside Hejaz and 634,379 from within. [6]