An Open Letter to my Brothers on Road 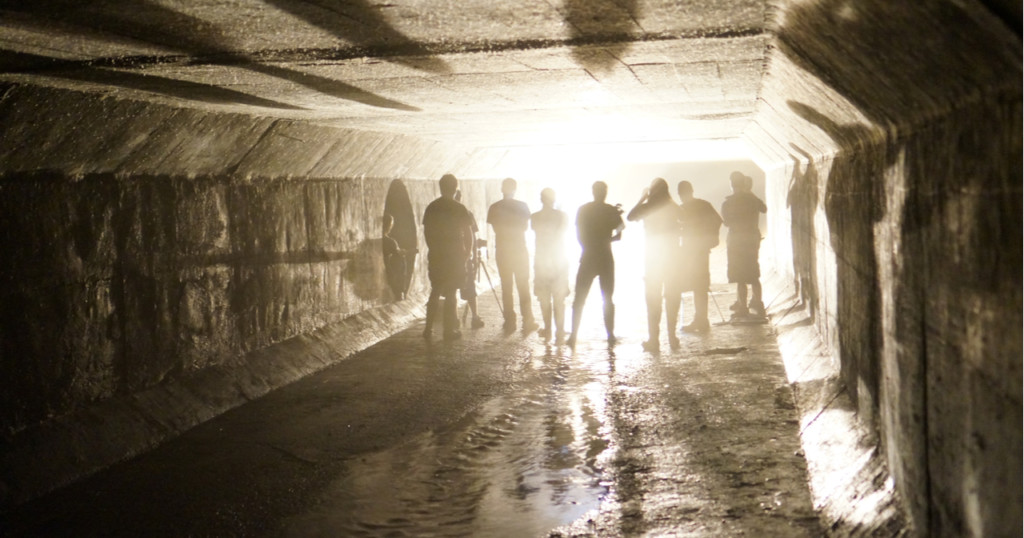 “My mercy prevails over my wrath.”[1]

I write this to you out of my love and my hope for you, nothing else.

I am not in a position to judge you, nor am I free of error or safe from the punishment of Allāh (subḥānahu wa taʿālā). We are all out in this world together, riding these rough seas of life hoping for His mercy. To care for each other is to advise each other, and sometimes that advice may come across harsh. But if you see a loved one placing his hand into a boiling pot, you would not politely ask them to remove it; you would scream at them to quickly get their attention.

Some of the companions of the Prophet (sall Allāhu ʿalayhi wa sallam), prior to Islām, were road robbers, consumers of alcohol, killers, and even men of war. They were, perhaps, men that you may have more in common with than you realise. However, they were able to change their lives around with the guidance of Allāh (subḥānahu wa taʿālā. From villains, they became saints and role models for humanity. You, too, can make such a change. You, too, can become a light-bearer and a man worthy of being followed and admired.

“The life of this world is but comfort of illusion.”[2]

For those who make the wrong choices, the illusion of this world is followed by punishment, torment, and pain; the likes of which cannot be imagined. Consider for a moment, if a young man who was stabbed to death or shot having lived his life on road was able to return to the Dunyā for a few minutes, what would be his actions? Would he go back to the drugs, the violence, the desires, and the money after having seen the reality of this life and the next? No, he would prostrate to Allāh (subḥānahu wa taʿālā), beg for mercy, and repent. Take heed and do not become that man.

The Prophet (sall Allāhu ʿalayhi wa sallam) informed us that a person from the people of hellfire, who had lived the best of lives, and tasted the best of pleasures in the Dunyā, will be dipped into the hellfire and asked: “Have you ever seen any good, or tasted pleasure?”

His reply would be: “No by Allāh, my Lord, never.”

However, a person from the people of paradise, who had suffered the worst of hardships and misery, will be dipped into paradise and asked: “have you ever suffered? Have you ever felt misery?”.

His reply would be: “No, by Allāh, my Lord, I have never felt misery or suffered hardship”.[3]

Put your suffering into perspective: how does your suffering compare to these individuals. Is your life really that bad? Through patience – with Islām – paradise can be your return. Can you really say that your excuse of living on the estate, regardless how bad it is, is a reason to risk hellfire and give up paradise? Knowing that, in the end, the pleasures will burn away, and only pain and suffering in the belly of hellfire will become your recompense.

“And whoever kills a believer intentionally, his recompense is Hell to abide therein, and the Wrath and the Curse of Allāh are upon him, and a great punishment is prepared for him.”[4]

This verse alone is enough to question the actions of those willing to kill their brother. Almost daily, there are stabbings, shootings, or acts of violence between young Muslims, and too often they are fatal. The Prophet (sall Allāhu ʿalayhi wa sallam) informed us that there will be two individuals in the hellfire: a killer and the victim of his killing. He was asked why the victim would be in hellfire even though he was killed?” The Prophet (sall Allāhu ʿalayhi wa sallam) answered, “Because he was trying to kill his brother.”[5]

It is not only the Muslim life that is sacred; it is all life, specifically, human life:

The famous scholar of Qur’ānic explanation, Al-Baghawī, narrates that although this verse addresses the children of Israel, it is also relevant and applicable to us as Muslims. It is, in fact, agreed upon by those of the Abrahamic faiths that to take an innocent life is a crime; accountability for the action will take place, in this life and the next.

But let me be the bearer of good news:  Allāh (subḥānahu wa taʿālā) forgives the sins of those who submit to Him, repent, and change. He says in the Qur’ān:

“Say (on my behalf): “O servants of mine who have transgressed against themselves (by committing evil deeds and sins)! Despair not of the Mercy of Allāh, verily Allāh forgives all sins. Truly, He is Oft-Forgiving, Most Merciful.”[7]

Do not let your mistakes take ownership of you, for the Most Merciful will accept you and forgive you.

The Prophet (sall Allāhu ʿalayhi wa sallam) informed us of a man who was travelling, holding his hands up high, supplicating to Allāh (subḥānahu wa taʿālā), and hoping for an answer. However, the Prophet (sall Allāhu ʿalayhi wa sallam) commented that the source of the man’s food, drink and sustenance is Harām, and so, how would his supplications be answered?[8] Thus, the man’s supplications were not answered because of the Harām income he was consuming. Would you be willing to cut ties with your Lord and Creator, over profit that does not last?

The consequences of our actions will come back to haunt us here, in this life, before the next. There is a famous statement attributed to the Prophet (sall Allāhu ʿalayhi wa sallam), that you will be treated the way in which you treat others.[9] And so, if you sell drugs, kill, cheat, kidnap, steal, cause destruction to the lives of children, cause heartbreak for both parents and adults, ruin societies, and spread corruption through your means of making money; what do you think awaits you?  The answer: your own destruction, ruin, and oppression. Do not think that your actions will go unaccounted for, as oppression will always strike back.

One of the ministers of the famous Abbāsid Caliphate, Yaḥyā al-Barmakī, was locked away with his son, Jaʿfar, in the dungeons of the famous Caliph, Hārūn al-Rashīd. His son, Jaʿfar, turned to him and asked, “Father, how did we come to this? From the magnificent wealth and status that we once owned, now we are in chains and locked up!

Yaḥyā replied, “My son, perhaps, this is the result of the supplications of a person we once oppressed. They supplicated to their Lord [against us for our oppression], and we were heedless of it, but Allāh was not heedless.”[10]

How many mothers may supplicate against you for the pain and misery you bring them? How many addicts have you served and, perhaps, had a hand in creating? How many children have lost one or more of their siblings, or even parents, due to the lifestyle you live? Have you ever considered that their hands may be raised against you? The Prophet (sall Allāhu ʿalayhi wa sallam) has warned us that the supplication of the oppressed – even from a non-Muslim – against the oppressor goes directly to Allāh. [11] Allāh (subḥānahu wa taʿālā) is not heedless. He defends his servants and slaves, so turn back to Him.

It can easily be argued that the drugs sold on the streets are far worse than alcohol, at least due to the lack of regulation. So, if the above statement of the Prophet (sall Allāhu ʿalayhi wa sallam) is in relation to the consumer, the alcoholic drink, and its suppliers, then what can be said about the drug dealer? If the consumer of alcohol, the seller, the supplier, the distributor and all those involved in the process of its production are cursed, what about the drug dealer, who causes so much pain and destruction in the impoverished parts of society, and harms the voiceless, preying on the weak and vulnerable? Fear Allāh (subḥānahu wa taʿālā), as your meeting with Him is guaranteed.

Allāh (subḥānahu wa taʿālā) gives us an outline of the types of people in this Dunyā, their actions, and where they lead themselves. You have those that do His bidding, those that do the bidding of Shaytān, and the hypocrites in between. Take a look at your life and see where you fit in through the lens of revelation; selling drugs, killing, stealing, kidnapping, rape, and all the other horrific acts done in the name of “gang, gang” are definitely not the bidding of Allāh (subḥānahu wa taʿālā). Are you treading the path towards paradise or hellfire?

“Rather, man will be a witness against himself.”[13]

Think of your mother, the woman who raised you and watched you grow. She brought you into this world with love and care. She would sacrifice herself for you without regret. Now, because of your actions, she cannot sleep. Because of you, she may have health issues, anxiety, a broken heart and untold grief. She stayed awake with you as a baby and guarded over your life. Now, she stays awake because she fears the next young man to bleed out on the pavements or in the back of an ambulance will be you.

Have mercy on your mother. If not for yourself, then make a change for her sake. The Prophet (sall Allāhu ʿalayhi wa sallam) said:

Allāh (subḥānahu wa taʿālā) is waiting for you to turn back to him. He is more delighted with the repentance of His servant, than a man stranded in the dessert who finds his lost transport and source of sustenance whilst stuck in a barren land.[15]

“Surely, Allāh does not change the condition of a people unless they change themselves.”[16]

I close by reminding you that this is not a judgement. Who am I to judge? It is a reminder that stems from love and hope, because I know you have the potential to achieve great things and reach the highest stations of paradise. I ask Allāh (subḥānahu wa taʿālā) to take us all there together. Āmīn.

Your brother in Islām,

[11]  “Protect yourself from the supplication of the oppressed, even the non-Muslim, as there is no barrier between it and Allah”; Aḥmad

[15] “Verily, Allāh is more delighted with the repentance of His slave than a person who lost his camel in a desert land and then finds it (unexpectedly)”; Al-Bukhāri and Muslim