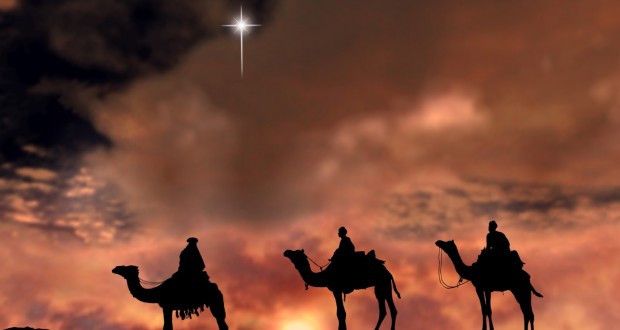 Bethlehem: A City of Islam

Bethlehem is a city that is famous for being the alleged birth place of one of the greatest and mightiest Messengers of Allāh, ʿĪsā / Jesus (ʿalayhi al-Salām). Bethlehem is taken from the Arabic ‘Bayt Laḥm’ (“House of Meat”). It is a city which is in the Occupied West Bank, Palestine, about 10 kilometres south of Jerusalem.

As Muslims, there are no authentic accounts as to the actual place as to where ʿIsā (ʿalayhi al-Salām) was born. In the Qur’ān, Allāh says:

“So she (Maryam/Mary) conceived him, and she withdrew with him to a far place. And the pains of childbirth drove her to the trunk of a date-palm. She said: “Would that I had died before this, and had been forgotten and out of sight! Then cried unto her from below her, saying: Grieve not: your Lord has provided a water stream under you. And shake the trunk of date-palm towards you; it will let fall fresh ripe-dates upon you. So eat and drink and be glad. And if you see any human being, say: ‘Verily! I have vowed a fast unto the Most Gracious (Allāh) so I shall not speak to any human being this day’.” [1]

Islām came to the lands of Palestine transforming the spiritual and social life of the people there indelibly. In 637, the Muslims under the leadership of the second Rightly Guided Caliph, ʿUmar b. al- Khaṭṭāb (raḍiy Allāhu ʿanhu) entered Bethlehem and Jerusalem. It is said that the Patriarch of Palestine received him warmly and asked ʿUmar to grant security to the people and their churches. ʿUmar visited, both the church of the Nativity in Bethlehem and the church of the Holy Sepulchre in Jerusalem and refused to pray in both fearing that he would set precedents for his people.

Ibn Khaldun reported of ʿUmar’s visit to the Church in Jerusalem saying:

“ʿUmar b. Al-Khaṭṭāb entered the sacred house and came to the Church of the Holy Sepulchre. He sat inside among its companions until the time of prayer arrived. ‘Umar said to patriarch, “I want to pray.” The patriarch said, “Here is your place of prayer,” but ‘Umar refrained from doing so and instead he prayed upon the staircase near a door apart from the church. When ‘Umar finished his prayer, he said to patriarch, “If I prayed inside the church, the Muslims after me would take it and they would say: ‘Umar prayed here.”[2]

ʿUmar went and prayed in a location just opposite to where the Church stands today and it is there that today we find the Mosque of ʿUmar in Jerusalem and the Mosque of ʿUmar in Bethlehem which is one side of the famous Manger Square (the city’s only Mosque). Whilst millions visit these two famous churches year on year, how many reflect on the fact that had it not been for the justice, mercy and tolerance of Islām as practiced by ʿUmar (raḍiy Allāhu ʿanhu), there would be no Churches for them to visit but rather, they would have become Mosques. What is also interesting about the Mosque of ʿUmar in Bethlehem is that outside the Mosque, there are two giant palm trees that had been planted there in later years as an attempt by the Muslims in seeking to explain the Islamic narrative of the birth of ʿIsa (ʿalayhi al-Salām) to the many visitors to the nearby Church in line with the verse referred to above which recounts how Maryam (ʿalayha al-Salām) grabbed the trunk of a date palm from the pains of childbirth.

Bethlehem became part of ‘Jund Filastin’ – the military districts of the successive Umayyad and Abbasid Caliphate province of Bilād al-Shām (Syria) following the Muslim liberation in 637. Bethlehem transferred from one Muslim rule to another and in 1099, during the reign of the Fatimid (Shīʿa) al-Hakim bi-Amr Allāh, the Church of the Nativity was in danger of ordered of being demolished, though this did not come to pass.[3]

Muslim rule continued in Bethlehem and changed hands between the Fatimid and the Sunni Seljuk Turks until its conquest in 1099 at the hands of the Crusaders who replaced the town’s Greek Orthodox clergy with a Latin one. Balance, justice and liberation soon returned to the city of Bethlehem in 1187, when Salāh al-Dīn, the Sultan of Egypt and Syria who led the Muslim Ayyubids, captured Bethlehem from the Crusaders. The Latin clerics were required to leave, allowing the Greek Orthodox clergy, who were removed by the crusaders, to return.

Bethlehem transferred from one Muslim rule to another finally passing to the Ottomans in or around 1517 with whom it remained until, following World War II, it was administered by the British Mandate from 1920 to 1948 and thereafter became part of the Occupied Territories of Palestine.

Apart from becoming a newsworthy item every December, a major military offensive took place there by the occupier Israeli Defence Forces who besieged the Church of the Nativity in Bethlehem in 2002, where dozens of Palestinian (many Christians) had sought refuge from the criminal IDF. The siege lasted for 39 days during which period the IDF directly attacked the Church. Several of the Palestinians were killed.[4]

In conclusion, whilst the city of Bethlehem is often associated with Christianity, it should not be forgotten that this city is a symbol of central importance to Muslims also and from the lands of Islām. The city together with Jerusalem, remains an evidence and symbol of the tolerance of Islām and a stark contrast to the occupying power of today. This tolerance is captured in the Treaty of ʿUmar (raḍiy Allāhu ʿanhu) to the Christians of Palestine when he stated:

“In the name of Allāh, the Merciful, the Compassionate. This is the assurance of safety which the servant of Allāh, ʿUmar, the Commander of the Faithful, has given to the people of Palestine. He has given them an assurance of safety for themselves for their property, their churches, their crosses, the sick and healthy of the city and for all the rituals which belong to their religion. Their churches will not be inhabited by Muslims and will not be destroyed. Neither they, nor the land on which they stand, nor their cross, nor their property will be damaged. They will not be forcibly converted…”[5]