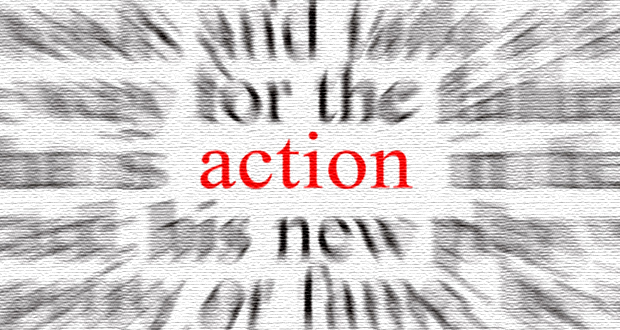 Yā Sīn, the People of the Town in Light of a Daʿwah and Political Struggle (Part 2 of 2)

In our previous article, we related the story of Asḥāb al-Qaryah by examining the Tafāsīr of various scholars and commenting on its general meaning. This article provides a short reflection on some of these verses, in light of Daʿwah (invitation to Islam) and political activism.

Ḥabīb came from the outskirts of the town, indicating that he was not well-known while the verses also point towards an element of difficulty in his coming. His trade as a carpenter points to his humble disposition; he was neither a leader nor from the nobility. His dedicated effort to propagate the truth denotes his conviction in it and the purity of his disposition, not least his limited exposure to the three messengers in the town. Indeed, a person who is not convinced with certainty of a cause will seldom come out of his comfort to invite others, understanding the implication on his life, regardless of his religious appearance or his reputation as a ‘Dāʿī’ (caller to Islām). His address was to the ‘Qawm’ or to the general populace of the town, as opposed to just the leading elite. Likewise, a caller to Islām appreciates that change is realised from the bottom up and by addressing all people indiscriminately. The caller to the truth will never know whose heart the message will penetrate or by whom it will be carried forward. More often than not, it is rejected by the elite and adopted by the ordinary people:

…Nor do we see any follow you [O Noah!] but the meanest among us and they [too] followed you without thinking. And we do not see in you any merit above us, in fact we think you are liars.[1]

Some feel that Daʿwah is the role of others and not an individual’s responsibility. Common reasons stated are lack of scholarly knowledge, shortage of time or the absence of the right circumstance. Pressures of life coupled with this feeling of being unqualified lead to one not undertaking Daʿwah. But in the absence of these facilities, every Muslim has been endowed with Islām which is the greatest gift. The caller to Islām does not need to go into the ins and outs of debating and reasoning if he is only capable of delivering the simple and fundamental message that he is adhering to: “And why should I not worship Him (Allāh Alone)…”[2] Ḥabīb’s sincerity was very apparent in his speech. His call was to the messengers, not to his own person, manifesto or scholarly position. In fact, there is no room to allege that he sought worldly gain, as the possibility of this was completely absent. With his undertaking in mind, one begins to understand the pertinence of these verses to those active in Daʿwah and what constitutes the most effective Daʿwah commended by Allāh the most high:

The Qur’ān is applicable to every time and place and is an everlasting source of guidance. It comes without question the relevance of Ḥabīb al-Najjār’s story to the contemporary political struggle of those who advocate the truth, ready to bear the brunt that comes in tandem with utter patience: “Except those who believe and do righteous good deeds, and recommend one another to the truth, and recommend one another to patience.”[5]

Ḥabīb delivered the true message despite the political circumstances and the animosity the people of the town had already shown towards the messengers. His approach did not immediately target the elite, although it infuriated them as they understood well the threat a prophetic message would bring to their injustice. No doubt he was fully aware of the plight he would come to face but his resolve to achieve his objective overcame his worry of harm or death, even after his execution, rather than lament in pity over himself: “It was said [to him when the disbelievers killed him]: “Enter Paradise.” He said: “If only my people knew, that my Lord [Allāh] has forgiven me, and made me of the honoured ones!””[6] As Ibn Abbās comments, he was a caller to the truth alive and dead.[7]

If one ponders over similar examples from the Qur’ān, history and the contemporary day, the reader comes to meet those who attained the level of distinction in the sight of Allāh. Their mention in the Qur’ān is extensive and emphasised and their remembrance in the hearts of men is continuous. They are those who stood against the odds, understanding the implications of their choice to move against the tides of evil surrounding them. Apart from sent Prophets, there were followers who received no divine revelation but their hearts became saturated with the substance of Imān, yearning for only the face of Allāh and finding sweet for him everything bitter.

Take the example of the Magicians of Pharaoh, when the truth became manifest to them and their hearts absorbed Imān, they became indifferent to the promise of Pharaoh to slay them: “They said: “We prefer you not over what has come to us of the clear signs and to Him [Allāh] Who created us. So decree whatever you desire to decree, for you can only decree [regarding] this life of the world.””[8] Indeed for the Pharaoh’s magicians, like Ḥabīb al-Najjār, it did not make sense that other than the creator be deified: “And why should I not worship Him [Allāh Alone] Who has created me and to Whom you shall be returned?”[9] It is when the believer becomes confident that the pursuit is for the pleasure of Allāh that the displeasure of the people bears no weight.

It was the same conviction that lifted the status of the companions of the Messenger of Allāh (sall Allāhu ʿalayhi wa sallam). It is what strengthened the companion Khubaib b. ‘Adiy to recite during his gruesome execution: “and I am indifferent so long as I am killed as a Muslim whatever way you choose to kill me for the sake of Allāh.” It made the companion Umair b. Himām find eating a few dates too long a wait before his lunge into martyrdom at Uḥud and it is what made the Prophet’s (sall Allāhu ʿalayhi wa sallam) emissary Harām b. Milhān declare “I have won, by the lord of the Ka’bah!” when he saw that his hosts had lunged a spear into his body before falling to the ground.[10] It was what caused Bilāl to recite ‘He is One, He is One’ whilst being dragged through the streets and baked on the burning sands of Arabia. It was what raised the status of Aḥmad b. Ḥanbal to become the Imām of Ahl al-Sunnah having borne the brunt of punishment, refusing to succumb to the views of the oppressors and deviants at the time.

More contemporary ‘Ḥabīb al-Najjārs’ are most definitely those who shattered the shackles of fear to profess the truth in the face of the most dogmatic regimes. The people of Syria were never oblivious to the torture and death they would face, having lived or heard of the massacre of at least 20,000 of their dissident forefathers in 1981 Hama,[11] just as Ḥabīb al-Najjār was not oblivious to the plight of the Messengers: “…O my people! Obey the Messengers.”[12] They knew, however, that a death for the sake of Allāh is more honourable than a life that harmonises with oppression and evil as Ḥabīb realised: “…my Lord [Allāh] has forgiven me, and made me of the honoured ones!”[13] The Egyptians who came within and from the outskirts of Egypt to stand in Rabʿaa al-ʿAdawiyah square in defence of one of Islām’s proponents and in defiance of those seeking to crush every remnant of Islām are also a contemporary manifestation of Ḥabīb al-Najjār and his cause. They were very aware of the impending assault but presented themselves and their children in sacrifice for their message, proclaiming it aloud before the world in powerful demonstration. Such is the behaviour of the courageous caller to truth; it is a proclamation to it that every being should hear: “Verily! I have believed in your Lord, so listen to me!“[14]

“It was said [to him when the disbelievers killed him]: “Enter Paradise””[15] At the time of his departure from this world, and on witnessing the beauty of his abundant reward he said: “Would that my people knew.”[16] It comes to show that victory and defeat are not judged by torn limbs and smouldered land, victory is in the Hereafter alone: “Everyone shall taste death. And only on the Day of Resurrection shall you be paid your wages in full. And whoever is removed away from the Fire and admitted to Paradise, he indeed is successful.”[17] The Qur’ān did not allude to the mention of Ḥabīb al-Najjār’s execution despite a narration attributed to ʿAbdullah b. Masʿūd stating that he was trampled until his intestines were spilled out.[18] What is intriguing is the Qur’ān’s seamless transition from his proclamation to the truth to his afterlife without mentioning the details of his death. One can ask the question: is remorse befitting for the one who is triumphant? Certainly victory is judged by the final outcome and most certainly the running theme of this chapter is that the final outcome is not this life but the Hereafter.

If punishment is hastened for the oppressors in the world as was the case of the people of the town: “It was but one Ṣaiḥah [shout] and lo! They [all] were still [silent, dead, destroyed].”[19] or not, absolute retribution is in the Hereafter: “Such is the punishment [in this life], but truly, the punishment of the Hereafter is greater if they but knew.”[20] Likewise, even if apparent victory does not occur in the world, absolute reward and magnificent recompense is in the Hereafter. Remember the believers who were all thrown in the blazing ditch for “…no fault except that they believed in Allāh, the All-Mighty, Worthy of all Praise!”[21] Allāh concludes their story: “…for them will be Gardens under which rivers flow [Paradise]. That is the great success.”[22]

Daʿwah and political activism are two heads of the same coin. The least can be said is that the latter, if engaged in, seeking pleasure of Allāh facilitates the former while its absence confines and strangles the Daʿwah effort. Moreover, for people to shun away engagement in state and current affairs, referring to them as ‘politics’, stems either from misunderstanding of what the Daʿwah entails or fear of its repercussion without a heart to admit it. The thousands imprisoned in Egypt, Syria and other regions have spent decades innumerable in Daʿwah and were incarcerated on their attempt to elevate their Daʿwah to the national level. We should thus not shy away from Daʿwah (as it is known) or engagement in current affairs concerning the Muslims. Nor should we necessarily expect worldly compensation. Ḥabīb saw no worldly result to his efforts. He nonetheless pursued his ambition, sought the pleasure of Allāh and attested to his own honouring and success in the longer life to come.

Read Part 1 of this article – here

Previous: Yā Sīn | Lessons from the People of the Town
Next: The Muslims have come