Yā Sīn | Lessons from the People of the Town 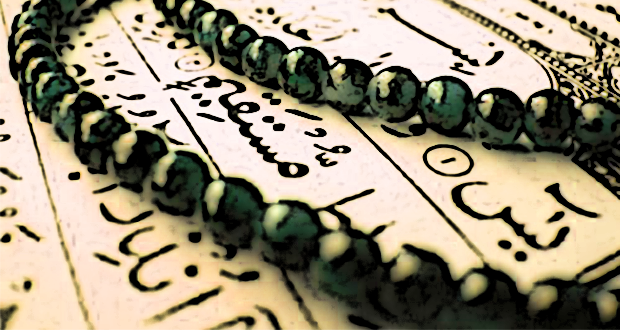 Yā Sīn, the People of the Town in Light of a Da’wah and Political Struggle | Part 1

There is no doubt that Sūrah Yā Sīn is, has been and will always be a beloved chapter of the glorious Qur’ān to many Muslims of the Ummah. In this two-part article, we aim to dissect a mere handful of lessons from the vast ocean of knowledge that exists in this Sūrah, more specifically, pertaining to lessons derived from the story of Asḥāb al-Qaryah in verses 13-28. In the first part of the article we outline an overview of the Tafsīr of the relevant verses whilst the second part focuses on derived lessons in light of Da’wah and Political Activism.

Overview of the People of the Town, the Messengers and the Believer

To suit the diversity of humanity, so that the great Qur’ān serves to guide all people irrespective of their upbringing and preparedness, Allāh transmits messages in the Qur’ān in a number of ways. Of the most effective and lasting approaches used is to convey certain messages through relating stories of past nations. Conveying messages through stories has a profound impact on the recipient, facilitating an experience that can be lived, learnt from and brought to reality. Stories are thus a powerful means of provoking reflection and deeper understanding. Allāh mentions, “So relate the stories that perhaps they will give thought.“[1]

The story of Asḥāb al-Qaryah (The People of the Town) is one of the amazing stories that Allāh mentions in the 36th chapter of the Qur’ān titled ‘Yā Sīn’. According to the consensus of the scholars, this entire chapter was revealed to the Prophet (sall Allāhu ʿalayhi wa sallam) in Makkah except verse 12: “Indeed, it is We who bring the dead to life and record what they have put forth and what they left behind, and all things We have enumerated in a clear register.”[2] The general trend of Makki verses is that they emphasise the stories of previous prophets, and the trials and tribulations the believers faced at the hands of the disbelievers, alongside the core message of Tawḥīd.

These fifteen or so verses are a true manifestation of the verse, “and We have sent down to you the Book as clarification for all things”[3] as we can derive benefits which may be of a personal and spiritual nature, political, social or Da’wah-related as will be discussed. Without a doubt we all desire paradise, but how can we come to know the actions that lead to this remarkable destination? It is through stories of this nature that we uncover the qualities that have caused certain servants of Allāh to be completely successful. While we anticipate the outcome of our lives, history is replete with examples of individuals, like us, who have already secured the end we yearn for.

The story of Asḥāb al-Qaryah revolves around a town of disbelieving people who were sent not only one or two, but three messengers and a righteous believer from the outskirts of the town in order that they shun idolatry and follow the path of the messengers. As for these messengers, scholars have differed as to whether they were actual messengers sent by Allāh or whether they were emissaries sent by ʿĪsa (ʿalayhi al-Salām) before his ascension to his Lord. Whichever view we hold to be more preponderant, what we certainly see here is the immense mercy and favour of Allāh to Asḥāb al-Qaryah – sending them three messengers in tandem! This shows that Allāh only wants good for his creation, as mentioned in a Ḥadīth in Bukhāri and Muslim on the authority of Abū Hurairah that Allāh’s Messenger (sall Allāhu ʿalayhi wa sallam) said, “When Allāh completed the creation, He wrote in His Book which is with Him on His Throne, ‘My Mercy has overcome My Anger’.”[4] We therefore understand that Allāh does not want to punish His servants: “What would Allāh do with your punishment if you are grateful and believe?”[5] But “indeed the Word (of punishment) has proved true against most of them”[6] because of their insistence on rejecting the message after they witnessed countless proofs of its veracity.

Having chosen to reject the first two messengers, Allāh strengthened the message with a third, all unanimously declaring, “…Truly we have been sent to you as Messengers.“[7]

The response of Asḥāb al-Qaryah was to persist in their denial, drawing fallacious and specious arguments that they believed would appeal whilst not putting themselves under the obligation of intellectual rebuttal. They said, “You are nothing but human beings like ourselves. The All Merciful has not sent down anything. You are simply lying.”[8] Ibn Kathīr rewords this question in his Tafsīr as: “how is it possible that you receive revelation when you are only human beings just like us? Why is it that we do not receive revelation like you do [if we are both human beings]? If you truly were messengers [sent to us] you would have appeared to us as angels [and not men].”[9]

This passage highlights a profound point; our preconceived ideas and cultural conditioning should always prioritise the teachings of Islām. We should be careful not to reject the fundamental teachings of Islām based on our ideas of what ‘should be the truth’. Unfortunately a trend has developed in some of our Muslim communities whereby we see Muslims acknowledging views which are opposed to Islamic values for the sole reason that their intellect cannot comprehend or appreciate the intended meaning due to their preconceptions of what should be ‘right’. Rather the Muslim who has truly submitted wholeheartedly to Allāh says: “Our Lord, we have īmān in what You have sent down and have followed the Messenger, so write us down among the witnesses.“[10]

The Messengers immediately respond in a most amazing fashion, concerted around their claims, establishing their duty, the reality of them being sent by Allāh and their truthfulness in a single statement: “Our Lord knows we have been sent as Messengers to you.“[11]

Having been utterly silenced by the power of the ideology the messengers called to, Asḥab al-Qaryah attempt to discredit the messengers themselves. Imām Qurtubi mentions that the people were facing a difficult three-year drought for which they began to blame the messengers. Once again the messengers, as ever, responded in the most eloquent way: “…your evil omens be with you! [Do you call it “evil omen”] because you are admonished? Nay, but you are a people Musrifūn [transgressing all bounds].”[12] This is an intrinsic characteristic of the sincere believer: “they strive in the cause of Allāh and do not fear the blame of a critic.”[13]

At this point a man comes rushing from the outskirts of the town. There is agreement that his name was Ḥabīb al-Najjār. Al-Qurtubi mentions that he was an old man who had been engrossed in idol worship for 70 years and was suffering from leprosy. Despite this he came in haste seeking the truth. “A man came running from the far side of the city, saying ‘My people! Follow the Messengers’.”[14] This individual had a number of obstacles in his way; he was an elderly man with leprosy, resided in a far-off destination and knew well that he may be persecuted for it.

The fear of Allāh is a core element which enables us to perform good deeds and propagate the teachings of Islām. The fear that we have of Allāh should be to the best of our ability and we should perform those actions that we are able to do. As an example, Allāh will not ask a person about the charity he gave if this individual possessed no supplementary wealth throughout his whole life. The accountability of someone who has the means is by extension greater, while the struggle of he who does not is particularly commendable as was the case with Ḥabīb.

Very intelligently, Ḥabīb begins to dissect the false beliefs of Asḥab al-Qaryah. Ibn al-Qayyim mentions how his condemnation of the people was in an indirect manner, as if addressing himself whilst intentionally questioning their logic and creed. Ḥabīb says: “Am I to take as gods instead of Him those whose intercession, if the All-Merciful desires harm for me, will not help me at all and cannot save me?”[15]

No sooner than declaring his faith in Allāh in public, the people of the town turned against him. Their opposition to the message extended beyond abuse and caused them to go a step further, committing the heinous crime of killing Ḥabīb. Some scholars of Tafsīr stated that the people of the town trampled over Ḥabīb with such force that his intestines exited his body. Immediately after this horrific scene, the chapter shifts to something of the unseen. In a smooth and natural transition into the afterlife, it was said to this noble believer “Enter Paradise.“14 Ibn Masʿūd (raḍiy Allāhu ʿanhu) mentions that it was Allāh himself who spoke these words to Ḥabīb in something of a remarkable end. The sincere efforts of this extraordinary man were infused with mercy for his people throughout his struggle and even afterwards, wishing that they had answered his call: “If my people only knew how my Lord has forgiven me and placed me among the honoured ones!“14 This is the ultimate fate of those who live for Allāh; that after some time of hardship in this life (Dunya) they are immersed in the bounties of Allāh in the next life (Ākhira).

A myriad of reflections can be drawn from this remarkable story. It goes without mention that every individual will receive it differently, extracting from its essence something that concerns them on a personal or communal level. This is the sweet nature of the Qur’ān; how contemplation over its known meanings continues to bear fruits of thought and application. The forthcoming discussion will develop two such reflections, one in the arena of Da’wah and the other in politics. Let us end by asking Allāh that He allows us to live by his book and to die upon its guidance. Allāhumma āmīn.

Read Part 2 of this article – here