Developing Reflective Thinking in our Children 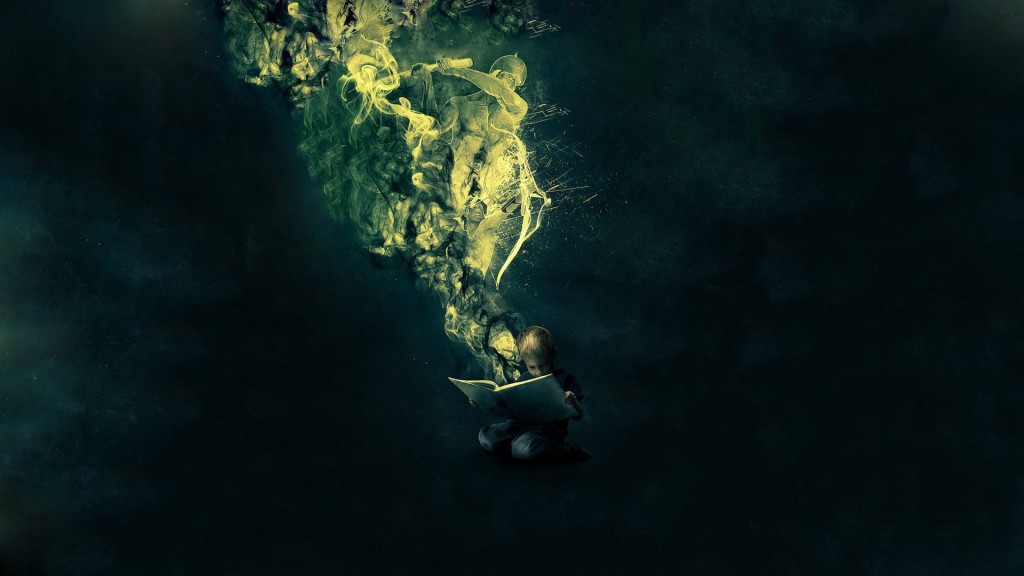 Yet she still goes for it. Again, and again!

What is she learning from this process?  The toddler is learning that the teapot will burn her and will eventually think twice before touching it again.  Hence, she is using her thoughts and reflecting upon it.

The skill of reflective thinking is a vital tool to be able to problem solve and deal with complex, new and current situations. Sometimes we assume that reflection is only achieved by adults and we neglect to nurture a foundation of reflection in children from an early age. It may be argued: ‘but what is the point in focusing on such an issue as this skill develops in time anyway?’ This statement is true, however only to a certain extent. Deep reflective thinking sometimes needs to be taught as not everyone has the ability to fully grasp this skill and not every individual learns this by themselves. The aim is to guide children through the correct psychology of Islām when reflecting in order to help develop their self as a whole; it is to develop children into coherent, decision-making adults.

Why did that happen? How do you feel about this situation? How can you change it? What have you learnt and what can you improve? Training children to ponder over their thoughts, actions and life in general allows children to grow to be able to deal with the current political and social issues Muslims face today. For example, a child who is made to reflect upon their actions when dealing with people and how to conduct one’s self in accordance to the Qur’ān and Sunnah will have the advantage in resolving any issues they may be faced with in their later years. The skill that they have learnt will then help them cope as adults in all social situations and roles, even as a husband or wife.

“And of His signs is that He created for you from yourselves mates that you may find tranquility in them; and He placed between you affection and mercy. Indeed in that are signs for a people who give thought.”[1]

Thinking reflectively ensures an individual employs a thought process that is logical, coherent and rational, allowing them to make decisions that are beneficial to themselves and to the community at large. Unfortunately, some of our Muslim youth lack this, which is a form of intervention, in the face of overwhelming options presented to them in the 21st century.  A major illustration of this is many of our youth joining organisations like Daesh without first reflecting upon their actions in accordance to the Qur’ān and Sunnah. Why this lack of articulate decision making is disappearing may be up for debate, however research has shown that our brains are now programmed differently from those of our ancestors. This is because of the rapid growth in technology. The youth in particular retrieve quick and easy to find information but they do not stop to actually think about the information they have just retrieved.[2] Early intervention is necessary, therefore, and encouraging and guiding children to reflect from an early age may benefit their future choices.

As children grow new information and knowledge is absorbed and so their thought processes are stimulated.  Questioning and pondering on new information and situations will allow them to understand, gain clarity, make good intentions and make honest judgements and decisions. Encouragement and support can awaken lazy minds, stimulate children who have difficulty in understanding and generally aid in elevating the child’s cognitive and social abilities. It is a gateway towards personal and social development and, as Ibn al-Jawzi expresses, this thinking is needed to benefit the person’s future.[3]

Children who have developed into adolescents and have been inspired to think will be able to make rational and intelligent decisions. The one who can reflect is likely to restrain from unhealthy desires, become better learners and future professionals. They will also be able to make thought-through decisions to benefit the ummah and mankind in general. Examples of this could include refraining from peer pressure to carry out theft or reflecting upon what they have with regards to worldly possessions which encourages them to give to charity.  On a more global, socio-political scale the youth will be able to make a coherent judgement and refrain from that which bears the resemblance of true when, in actuality, it is falsehood.

The prime example of a person who thought reflectively is the Prophet Muḥammed (sall Allāhu ʿalayhi wa sallam). He use to go to Mount Ḥirā’ and stay in a cave in order to worship and reflect. Taking time to sit in relative silence and think is a valuable route to guidance. When revelation would come to the Prophet, he would reflect upon it.

“[This is] a blessed Book which We have revealed to you, [O Muḥammad], that they might reflect upon its verses and that those of understanding would be reminded.”[4]

As Muslims we are encouraged to ponder so that we may become reflective thinkers. Allāh (subḥānahu wa taʿālā) says in the Qur’ān,

“Had We sent down this Qur’ān on a mountain, you would surely have seen it humbling itself and rent asunder by the fear of Allāh. Such are the parables which We put forward to mankind that they may Reflect.”[5]

The companions would sit and ponder together about the Hereafter.  But, when they went back to their wives, children and businesses they would forget. Fearing they were hypocrites they would go and seek the advice of the Prophet (sall Allāhu ʿalayhi wa sallam). Here we see that the companions of the Prophet reflected upon themselves. The Prophet would answer their questions and advise them on how to deal with their concern. Hanzala Usayyidi says,

“I said: Allāh’s Messenger, when we are in your company, we are reminded of Hell-Fire and Paradise as if we are seeing them with our own eyes, but whenever we go away from you and attend to our wives, children and business, much of these things go out of our minds. Thereupon Allāh’s Messenger (sall Allāhu ʿalayhi wa sallam) said: By Him in Whose Hand is my life, if your state of mind remains the same as it is in my presence and you are always busy in remembrance (of Allāh), the Angels will shake hands with you in your beds and in your paths but, Hanzala, time should be devoted (to the worldly affairs) and time (should be devoted to prayer and meditation). He (the Holy Prophet) said this thrice.”[6]

This wisdom of the Prophet Muḥammed (sall Allāhu ʿalayhi wa sallam) is indeed an example for us to follow. The results of numerous studies demonstrate that our Prophet’s system of encouraging reflection actually improved individuals in knowledge, awareness and overall better control of themselves.[7]

There are many ways to enhance children’s reflective thinking. Encouraging, motivating, listening to them and helping them elaborate their thoughts will help exercise their minds. What follows are some practical examples to aid in encouraging children to think reflectively:

Reflect on an āyah a day

Reflecting on the Qur’ān, even if it is just an āyah a day, randomly picked or that you feel your child may benefit from, will not only enhance their thinking but can be used as a guide in their life so that they may reflect upon their actions through it.

As parents we have the duty of being the primary educators of our children. Interacting more with your child facilitates more discussions between you and your child and gives you an opportunity for you to direct them.

Asking opened question will allow a fuller and more thought-through answer as opposed to limiting a child’s mind to only needing to search for a one-word answer.

Giving them the opportunity to think, answer or ask a question, elaborate their plans, ideas and feelings will help encourage reflective thought.

When encouraging children to reflectively think it is important to know the difference between what is fact and what is an opinion. Differentiating between the two allows better understanding of other view points, tolerance between differences of opinion and allows a child to reflect and evaluate when presented with information.

From pre-schoolers to teenagers, using stories or real-life scenarios allows children to look at given situations and try to problem solve, think about what they would do or why the character acted a certain way.

To reflect is part of being a Muslim. If we equip our children with this ability and make firm their cognitive foundations we are giving them an advantage in life, especially if they learn how to do this from an early age. This enhances their ability to deal with every day  and future  situations in a coherent manner. It is an opportunity to revive our children from the era of technology and develop them into better decision makers of the future.

Umm Safiyyah holds a Diploma in Child Care and Education and a Bachelors degree in Psychology. She has written a number of books with a primary focus on children such as topics related to their upbringing and issues affecting them. She has a particular interest in the formative years of childhood and encourages early intervention for children’s development.