“Did you convert just to please the in-laws?” 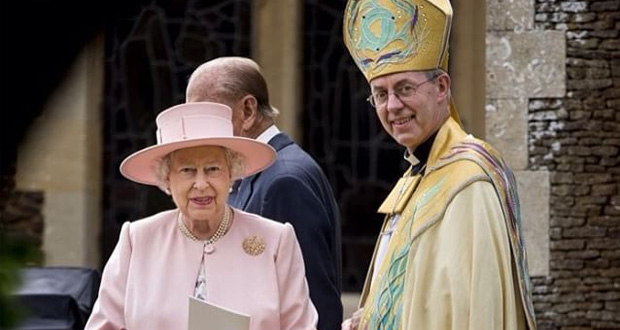 After seventeen years since reverting to Islām there are some questions that myself and probably all reverts are regularly faced with that really make our toes curl. One of most popular assumptions is that we must have become Muslim because our husbands are Muslim.

When you consider the perception of Islām that leads a person to ask such a question it can become quite uncomfortable and patience is needed to reply without appearing to be irritated. No doubt their question is due, in part, to the media consistently portraying Islām as a backward and savage religion, or as a well-known, award-winning radio presenter would say “Islam needs to go through a reformation as did Christianity and Judaism before”.  Sadly the one enquiring as to just how you ended up a Muslim firmly believes that no sane or intelligent woman would inflict this on herself willingly. Statistics of course show the opposite, with 75% of converts to Islām being female.[1]

In fact the overwhelming majority of Muslim women that I have known, myself included, became Muslim when they were not in a relationship. This may be because they have more time to reflect. Having time to ask questions, reflect and explore is what led me to Islām. My journey started without me seeking it, quite by chance when I was on a night shift with the charity Samaritans. One particular night the other volunteer happened to be Muslim; not one who could answer my many questions but he did refer me to someone he thought could be of greater help.

Despite me being a practicing Christian for most of my life, what started that night as a neutral and inquisitive chat started me down a path which led to me taking the Shahādah about six weeks later.  In Jersey, Channel Islands where I lived there was no official mosque, no Islamic shops and few Muslims. Amazing, then, that I was fortunate enough to be given the phone number of a person who had a little more knowledge to answer my many questions; who, due to his clarity and very simple sincerity, managed to convince me without any pressure that Islām was the truth.  Remember, I did not set out on this journey with the intention of becoming a Muslim, I was merely interested and curious.

In an article written by Christians they refuse to believe what the most given reason for conversion to Islām is:

“Islam’s doctrine is simple and rational, all believers are equal, it is a practical religion and lacks a Priesthood.”[2]

The same article makes various suggestions based on their own understanding as to why people like myself have become Muslim including rejection by a community who will not have us; our search for discipline in a collapsing society, and finally because we want to put our sins behind us without having to confess. Goodness me, so much obfuscation when the First Commandment given to Mūsā (ʿalayhi al-Salām) is so explicit – but of course they do not want to give up their shirk![3]

How different then is the news reported in the media of Meghan Markle, the future wife of Prince Harry. Meghan Markle was baptised into the Anglican Church by the Archbishop of Canterbury last week. An article in the mainstream media says:

“Meghan took an important step on her transformation from a divorced American actress to a future Granddaughter-in-law to the Queen”.

Slightly odd, because, after I took my Shahādah I was still a divorcee and still English, but never mind, I was not a future princess. The Church of England is famous for changing the rules for Royalty, not only the most famous case of King Henry VIII who needed to ‘get rid of’ his existing wife who only gave him daughters, but also for Prince Charles who had an adulterous relationship with Camilla, divorced Diana, Princess of Wales, and who then wanted to marry Camilla. The Anglican church could not ‘fix it’ for Charles and Camilla to marry in the Church as, at that time, divorce, which is a civil legal matter, was not really recognised.

As far as the Church was concerned marriage was “until death us do part” and subsequent marriages could only take place in a register office without a religious ceremony. The Church did manage to change the law but refused to go too far. If either partner had played a role in the breakdown of their previous marriages the Church would not officiate at all. The Church also enabled divorcees who wished to marry to do so in the church but only on the aforementioned conditions – something that obviously ruled Charles and Camilla out. So much could have been easier for Prince Charles and indeed King Henry VIII if only polygamy had been allowed.

The article goes on to describe how Meghan Markle did not actually need to be baptised and to be confirmed into the Church of England in order to marry Prince Harry and that she had chosen to do this willingly. It is with this that we get a glimpse into the motivation. There existed a rule saying no Royal could ascend to the throne whilst married to a Catholic, however, though Meghan Markle went to a Catholic school her husband’s ascension is unthreatened as the Succession to the Crown Act of 2013 changed this rule.[4] If Princes Charles, William and George and Princess Charlotte’s terms on the throne came to an end, Prince Harry could still become King despite his wife not being Anglican.[5]

So, why did Meghan Markle take this step? The article continues,

“Meghan chose to be baptised and take communion out of respect for the Queen’s role as head of the Church of England.”

There we have it, not out of conviction for the faith but to please her future in-laws!

No doubt this event will be celebrated in the media with many photographs of the smiling couple which, for any one of my vintage, only serves to remind us that when Harry’s father married Diana it was imperative that she was a virgin.  A girl had to be found for the future King who had no relationship history and, particularly, no compromising photographs that could emerge in the press and embarrass the whole family. Such emphasis was placed on the pureness of Diana, for those of us who remember.

Now, of course, much has changed both in the man-made laws of the land and in what is normal in British society, as both Prince Harry and Meghan Markle are already publicly living together.  Such are the “progressive” religious and societal norms that the reformers of Islām aspire for Muslims to adopt in this country.

Next time I am asked if I accepted Islām because my husband is Muslim, I will try my best not to allow my toes to curl, though they may do so automatically. I will smile and try to overcome my irritation in order to, perhaps, have a fruitful conversation about comparative religion. After all, it was exactly such a conversation that brought me to Islām.

[3] The first commandment of God is: “I am the Lord thy God; thou shalt not have strange gods before Me” by which man is commanded to offer to God alone the supreme worship that is due Him.

[5] Note also that equality only arrived in the line of ascension to the throne in the same act of 2013 which meant that Princess Charlotte would keep her place in the line of succession and not be superseded by any males as yet to arrive.