#STAND4UYGHURS
Home / Featured / Do they not ponder over the Qur’ān; or do their hearts have locks? 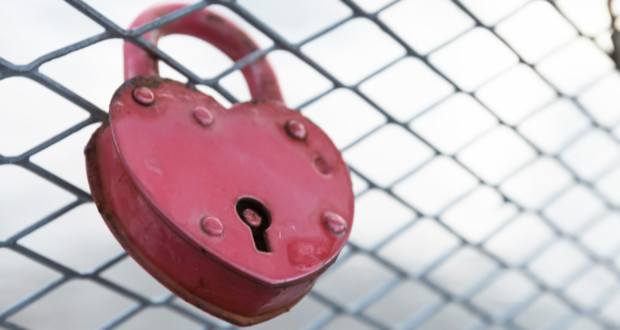 Do they not ponder over the Qur’ān; or do their hearts have locks?

Alḥamdulillāh, only a couple of months ago we were blessed to complete the month of Ramadān; the month in which we fast seeking Allāh’s pleasure and forgiveness, and the month in which He revealed His Book to the Prophet (sall Allāhu ʿalayhi wa sallam). Many would have spent their nights in prayer, listening to the words of the Qur’ān being beautifully recited, and spent their days reciting those verses themselves.

Yet have you ever wondered – what does Allāh actually want us to do with the Qur’ān?

Is the aim to simply recite it, with the correct pronunciation? Or is it to memorise as much as possible and hold it in our hearts? Others might suggest the best option is to listen to proficient reciters who may soften our hearts with their voices and make us remember our Creator.

In fact, if you were given just 24 hours with the Qur’ān on condition you would never access it again, on which of the above would you choose to spend that precious time? Perhaps many would opt to recite as much as possible before they lose the opportunity forever.

Whilst there is reward in all of the aforementioned, these are all means to the ultimate goal; as Allāh tells us Sūrah Sād:

“[This is] a blessed Book which We have revealed to you, that they might reflect upon its verses and that those of understanding would be reminded.”[1]

Allāh praises this book saying that it is “mubārak”; it contains so much good for all. And then He tells us the reason He sent it – the letter “lām” is to show the wisdom behind it – the reason given is to reflect over its verses. But this is not a philosophical reflection, rather it is in order to take heed and be affected by what has been revealed, such that you take action and change your life.

This does not happen for everyone though; it happens to “ulul-albāb” – those who have understanding. Allāh does not use simply  the word “intellect” because He is talking about a particular kind of intellect, one that is pure, innocent and untainted. So those who can take heed are not simply Arabic speakers, but those individuals who have a pure mind.

As a reason for revealing the Qur’ān, recitation, listening or memorising are not explicitly mentioned. Reading is not the goal itself. For example, consider the person who repeatedly reads without understanding – this is not the point of the Qur’ān and they end up missing out on the underlying message and intended guidance.

“Do they not ponder over the Qur’ān or do their hearts have locks?” [2]

If Allāh rebukes the hypocrites for not pondering over His verses, what then should He expect from us believers who seek refuge from having an ounce of hypocrisy!? A locked heart cannot receive guidance and nourishment; no light can enter and hence the individual will live in darkness, not truly knowing right from wrong.

The scholars of the past have held that it is in fact obligatory to ponder over the Qur’ān and for every Muslim to have at least some level of reflection.

A final point on the importance of pondering over the Qur’ān is to self-reflect. Muslims are united in their pride over the Qur’ān – this great Book that no other can come close to matching, with expert reciters around the world, and one which no other nation has the like of.

Allāh speaks of a previous nation who too carried a book this way, who rather than reflect and implement its rulings, simply carried it as a source of pride:

“The example of those who were entrusted with the Torah and then did not take it on is like that of a donkey who carries volumes [of books]. Wretched is the example of the people who deny the signs of Allāh. And Allāh does not guide the wrongdoing people.” [3]

May Allāh protect us all from following this example, and instead enable us to develop a strong relationship with the Qur’ān – to read and reflect over it, and thus be impacted by it so that we increase in righteous deeds and remembrance and glorification of our Lord.

We now surely understand the need to reflect over Allāh’s words. However, non-Arabic speakers may wonder; can this be done using a translation of the Qur’ān?

Let us briefly consider the technicalities; there are two terms to define – tafsīr and tadabbur.

The root word of “tafsīr” translates to “to uncover, to explain, to clarify”. The technical definition of it is to uncover and explain the meanings of the miraculous words of the Qur’ān, as intended by Allāh.

Tafsīr comes in various levels of detail, from basic to multiple-volume works, and that which comes in between. To extract the intended meanings of the Qur’ān naturally requires a qualified person; one with in-depth knowledge of the Arabic language, along with several other elements of knowledge.

At a basic level, being provided with a meaning you understand is to be provided with a tafsīr – and this includes simple translations of the Qur’ān, as these are ultimately the result of a qualified person attempting to provide the meaning of the Qur’ān (in another language), based on his/her understanding. Of course, the translation in question would have to be generally accepted by the scholars as a valid one, rather than relying on every and any attempted translation.

Furthermore, we have translations available of works that are a bit more detailed too, such as Ibn Kathīr or Al-Jalalayn. Thus despite the possible lack of Arabic knowledge, we still have the tools we need to understand the Qur’ān, to a reasonably large extent.

The next word to define is “tadabbur”, which comes from “dubr”, that is: the back or end of something. It is often defined as pondering or reflecting over the Qur’ān, as you reach the end of a verse and then revisit it repeatedly, extracting benefits from it.

Every verse of the Qur’ān contains guidance. Tadabbur is to search out that guidance and objective behind the message of each verse.

The main key to tadabbur is to ask “why” – why did Allāh say a verse in this place, or say it here instead of somewhere else? And “what” – what is Allāh telling me here, what does He want me to do or learn?

There is a famous conversation between one of the scholars of the salaf, al-Asma’ī, and a Bedouin. The Bedouins were generally less educated and somewhat rough, living outside the city; yet their minds were not tainted and remained innocent. The Bedouin asked al-Asma’ī about what the people of his land do, and was told that they had the speech of al-Rahmān.

The Bedouin had not heard of the Qur’ān and hence asked al-Asma’ī to recite it for him. He then recited from Sūrah al-Dhāriyāt and when he reached the verse:

The Bedouin was shocked and said “Glory be to Allāh, who is the one who has angered Allāh to make him take an oath to tell it is the truth!” He was moved; he reflected and reached a conclusion that Allāh was angry when speaking in this verse. He was affected by the Qur’ān despite not previously knowing anything of it.

We now understand the difference between tafsīr and tadabbur; but notice that for tafsīr, only those qualified can produce it, whereas for tadabbur, it is open to all. Anyone can reflect and derive benefits, and as stated, it is obligatory for us to do.

With the above said, we still need a framework or conditions or otherwise we may end up speaking without knowledge. First of all, as previously mentioned, we need to have the correct mindset and approach.

The verse from Sūrah Sād mentioned previously referred to “those of understanding”; to truly benefit, we need to approach the Qur’ān with a pure mind. The opposite is those who approach it with pre-conceived ideas and therefore either seek to back up those ideas, or critique Allāh’s words. Hence all they will receive is misguidance.

“It is He who has sent down to you, [O Muhammad], the Book; in it are verses [that are] precise – they are the foundation of the Book – and others unspecific. As for those in whose hearts is deviation [from truth], they will follow that of it which is unspecific, seeking discord and seeking an interpretation [suitable to them]. And no one knows its [true] interpretation except Allāh. But those firm in knowledge say, “We believe in it. All [of it] is from our Lord.” And no one will be reminded except those of understanding.” [5]

Those who approach the Qur’ān to critique it find things which put people to trial and create discord. The believers however, read the same verses and say “We believe, all of it is from our Master”. We approach it as believers, and thus even if we do not understand everything, we will still find guidance from it.

Perhaps a lot of us do not approach it to criticise, but how many of us are actually on the other side of the spectrum where we should be – looking at it with sincere belief, seeking guidance from each verse? Let us aim to rectify this straight away and build pondering over the Qur’ān into our daily routine of recitation.

Next, consider some general guidelines to apply during the process:

An example of tadabbur

Let us take the second verse of al-Fātihah:

The first part “Alhamdulillāh” means “thanks and praise belongs exclusively to Allāh.” This is a basic tafsīr.

The word “al-hamd” encompasses both “thanks” and “praise” i.e. two different things within the same word.  But why did Allāh not then say two separate words for each? Upon reflection, we could deduce that if separate words were used, one might think sometimes Allāh deserves one and other times He deserves the other. But by using one word, it shows He deserves both together, at all times.

Additionally, sometime we praise without genuinely meaning it, in essence, just to flatter. Or it even can be done in a sinister way. But with the word Allāh has used, “al-hamd”, it can only be genuine.

Thus Allāh says He is the master of all. What lessons can we deduce?

If Allāh is the master, who are we? We must be the servants. We can deduce this in the second verse of His Book; it is how He introduces Himself to us and we need to know our position. Once this position is known and understood, only then are we ready to receive  and instruction.

To conclude, let today be the day we establish daily reflection of the Qur’ān into our lives. Perhaps by allocating a short period of time per day or a number of verses to ponder over, or by arranging a weekly gathering to do it collectively with a small group.

We pray that our tadabbur prevents us from having locked hearts. Āmīn.

Based on two lectures by Imam Asim Khan:
https://youtu.be/_kooQ9rgARU

Previous: Hajj: Striving in the Path of Allāh
Next: In Pictures: Muslims celebrate ‘Eid al-Adhā across the world