Hajj: Striving in the Path of Allāh 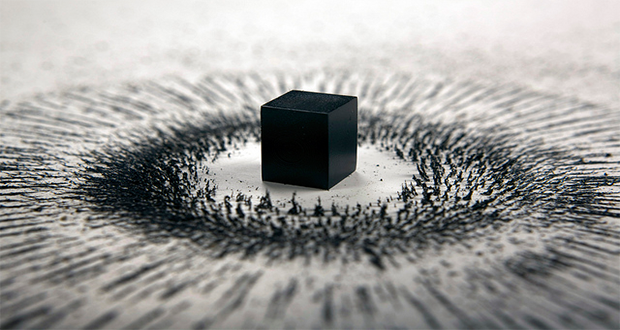 Hajj is the fifth pillar in Islām and is one of the greatest deeds one can accomplish in his or her lifetime. There is also another deed which is considered by some as being the sixth pillar in Islām and also being amongst the greatest of deeds, that being jihād in the path of Allāh. In fact, there are many similarities between these two great acts of ʿibādah (worship).

Throughout their lives, Muslims engage in a continuous jihād (striving for Allāh), both with their belief and worship. The term jihād does not always refer to war; rather it refers to any difficult or strenuous process. Hajj, along with all the rituals performed therein, is actually a form of jihād. Indeed, the journey of Hajj is not an easy one. However, unlike the jihād by fighting, this kind of jihād can be performed by all Muslims. The foundations of an army are discipline, submission and sacrifice. If these are not present, their ammunition and resources will be of no use. Likewise, Hajj, the jihād without conflict, is a form of discipline and it requires great sacrifice and self-restraint, and it is for this reason that the Messenger of Allāh (sall Allāhu ʿalayhi wa sallam) said that “Whoever performs Hajj without indulging in lewdness or abuse returns [from Hajj] as free from sins as they were on the day they were born.”[1]

When one considers the purpose of the Hajj and the rituals that are involved in performing it, it becomes quite apparent that a Hajji (a person performing the Hajj, the pilgrim) is in the same state of mind as the Mujāhid (in this instance, the one who goes to fight in path of Allāh). The symbolism in the wearing of the white shroud, the very same piece of clothing which is also worn on the death of an individual, makes it clear to the one who embarks on the journey for Hajj that he is travelling almost as the living dead – that is to say he is leaving everything behind. He carries nothing with him, just two pieces of cloth whilst proclaiming and chanting the oft recited talbiyah, the creed of unification “Labbaik Allāhumma labbaik…” “Here I am O Allāh at your service, here I am to serve you here I am.” This is just as a soldier who goes out in the path of Allāh; he leaves all behind knowing that either his enemy will meet his end or he will meet his own end. In both instances, they are at the service of their Creator.

Abū Hurairah (raḍiy Allāhu ʿanhu) narrates: The Prophet (sall Allāhu ʿalayhi wa sallam) was asked, “What deed is the best?” He said, “Imān [belief] in Allāh and His Messenger.” “Then what?” “Jihād for the sake of Allāh.” “Then what?” “Hajj Mabrūr [a Hajj accepted by Allāh].”[2] Again, we see a clear link between these two noble acts as being from among the greatest of deeds. Hajj is even considered in certain contexts as not only among the greatest of deeds but among the greatest jihād. ʿĀ’ishah (raḍiy Allāhu ʿanha) asked the Messenger of Allāh (sall Allāhu ʿalayhi wa sallam), “We find that jihād is the best deed, shouldn’t we [women] do jihād?” The Messenger of Allāh (sall Allāhu ʿalayhi wa sallam)  replied, “Rather the best jihād [for women] is a Hajj Mabrūr!” ʿĀ’ishah later said, “I’ll never cease performing Hajj after I heard that from the Prophet of Allāh.”[3]

One of the pious successors, Abu Sha’tha’ made a profound statement when he said, “I contemplated the good deeds that a person does. I found that Ṣalāh [five daily prayers] as well as fasting are a jihād of the body. And that Ṣadaqah [charity] is a jihād of someone’s wealth. But Hajj is a jihād of both body and wealth.” This statement beautifully demonstrates how each of these great fundamental pillars of Islām are interwoven and interconnected to one another.

It should also not be forgotten that pilgrims endure the hardship of a long journey in joining together to perform the obligation of Hajj. Like the one striving in the path of Allāh, a pilgrim is constantly on the move from one place to the next. Even their stay in the tents in Mina or under the open skies in Muzdalifah are again acts which one would clearly associate with the habitat and bedding of the one who strives in the path of Allāh. Above all, just like an army, the concept of unity, togetherness and discipline of the pilgrims following a set order in one uniform, one voice, one motion, makes Hajj a spectacle of the largest annual unarmed army on the face of this earth.

It is also not surprising that the both of these concepts have been hijacked in their own ways in modern times. Hajj has become merely ritualistic for many with the area surrounding the Scared House being occupied by a world of materialism, the very thing people are to shun in making their journey. The annual gathering of the world’s Muslims used to see leaders of Muslims gather and discuss affairs of the Ummah (global Muslim community) whereas this is no longer the case. Similarly, the concept of jihād has been hijacked by rogue groups purporting to carry out this noble act. Their twisted and misconstrued ideas are considered synonymous with terrorism and extremism by the far right and neo-conservatives. In both cases, then, the true essence of jihād to stand against injustice is forgotten.

In conclusion, it can be attested that these two deeds are imbued with the mercy of Allāh for one frees the Nafs (inner desire) from injustice whilst the other frees the world from injustice. With the way things are going, it would not be a stretch of the imagination to predict the institutionalised Islamophobia in the UK to criminalise pilgrims, take away their passports or prevent their return! May Allāh jalla waʿāla accept the struggle of all the Hujjāj and grant them an accepted Hajj.

HAJJ JIHAD PILGRIMAGE TAZKIYAH TERRORISM UMRAH
Share. Facebook Twitter LinkedIn Email Telegram WhatsApp
Previous ArticleEx-counter-terror chief says UK has not “woken up” to far-right threat
Next Article Do they not ponder over the Qur’ān; or do their hearts have locks?