Getting a hold on obesity 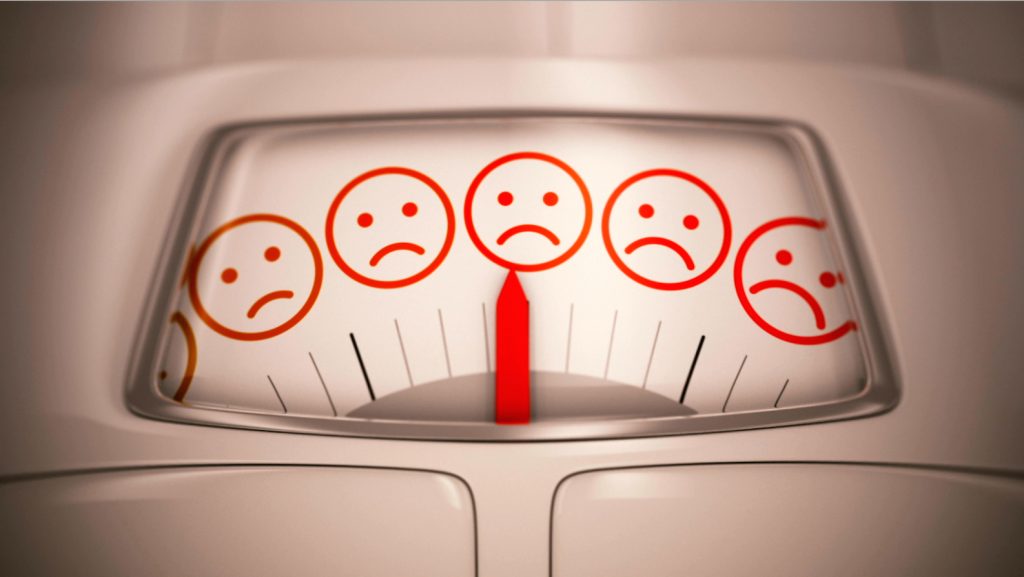 Throughout the ages, a large stature has been seen as a sign of affluence and high status in society. It became associated in the West with feudal lords and the clergy. Peasants, on the other hand, were dismally thin and weak and held a wretched place in society. This collective, flawed attitude to a plump disposition remained until the tides were turned by scientific research, providing evidence for the disadvantage of being overweight. It is ironic that these days, especially in the west, it is the wealthy that can afford to eat well and maintain a healthy lifestyle, while obesity is prevalent amongst the poverty-stricken where the staple diet consists of food that is cheap and easily available.

Obesity is on the rise with estimates of 61% of the total adult population in the UK being overweight and almost 1 in 4 adults being obese.[i] Poor weight management is also conspicuous in the Muslim World, where recent reports cite 70% of women in UAE being overweight. In this article I will attempt to address the rise in obesity levels among Muslims in the UK. An overview of the extent of this problem and its consequences will be discussed as well as some underlying factors for the increase in obesity. Guidance will be sought from authentic teachings of the Prophet (sall Allāhu ʿalayhi wa sallam) and, finally, an outline of suggestions will be provided to try to curb this epidemic.

BMI (body mass index) is commonly used as an indicator of obesity in adults with a value of 30 being the borderline between being overweight and obesity. It is natural for the human body to store fat which is then made available as required under adverse conditions. However, the utilisation of this stored fat is dependent on the lifestyle choices of an individual; there is a direct relationship between a sedentary lifestyle coupled with bad eating habits and the accumulation of body fat (not withstanding low metabolic rate). On-going research is looking at the psychological barriers to increased physical activity, including changing attitudes, motivation and incentives.[ii] The medical implications of weight gain are immense:

‘People who are obese, compared to those with a normal or healthy weight, are at increased risk for many serious diseases and health conditions.’[iii]

This problem is aggravated by the fact that ethnic minorities are more prone to complications such as Type II diabetes and cardiovascular problems. Still more worrying are the social implications: decrease in social interaction due to physical inability or embarrassment, which may lead to isolation and depression; increased dependence on others; insufficient knowledge of healthy options for diet and physical activity or reluctance to change; more stress on NHS services, and difficulty in performing religious obligations.

On seeing an overweight man, the Holy Prophet (sall Allāhu ʿalayhi wa sallam) said: “If you did not have a paunch (belly fat), it would be better for you.” He also said: “Overeating does not go with good health.”[v]

There are a number of aḥadīth which speak of the etiquettes of eating and drinking: from saying the basmallah at the beginning of a meal to attract Allāh’s (subḥānahu wa taʿālā) blessings and add barakah, to eating slowly (mindfully), serving a small portion size, avoiding waste or gluttony, sharing food and praising Allāh at the end of the meal. It is apparent that some of these guidelines have only recently been ‘discovered’ by modern science as a means to maintain a healthy lifestyle.

There are multiple factors that may result in excessive weight gain and difficulty in maintaining a healthy weight. These range from poor body image, biological tendencies, lack of motivation and environmental issues. It is safe to say that both nature and nurture play a part. Culture and lifestyle play a major role in determining activity and diet, although findings cannot be generalised across the Muslim community. Socio-economic factors cannot be ignored: 48% of Muslims in the UK live in the top 10% most deprived regions of UK.[vi] An important factor has been highlighted by a report by the National Obesity Observatory:

‘There is also a strong link between obesity and the built environment (obesegenic environments with less access to green space and availability of fast-food restaurants).’[vii]

The first step in overcoming obesity in Muslims (as well as others) is to acknowledge that there is a problem and that it affects adults and children, male and female, in almost every strata of society. Secondly, our role model for every aspect of life should be the Prophet (sall Allāhu ʿalayhi wa sallam) and how he nurtured and developed the finest character known in all of mankind. His (sall Allāhu ʿalayhi wa sallam) Sunnah provides rich examples of how to live your life according to the dictates of the Almighty and nothing has been excluded. Studying the Qur’ān and Sunnah should provide keen motivation to live ‘in the middle path’: to try to achieve a balance, equilibrium, in all aspects of life. Indeed, it is only when we delve into extremes that we face problems and lose touch with reality. The Prophet (sall Allāhu ʿalayhi wa sallam) prescribed moderation in everything and forbade following extremes, even in matters of worship.

The next area to be addressed is how we can increase physical activity, as opposed to long intervals of inactivity, to help burn excessive body fat. There are a growing number of women-only fitness classes but accessibility should be increased. The social aspect of joining like-minded individuals who can help an individual strive towards their goals cannot be over-emphasised. More gender-specific group therapy should be made available.

As Allāh (subḥānahu wa taʿālā) has clearly set out in the Qur’ān, man’s primary purpose of life is to worship God. This entails following His commands and being conscious of His all-seeing and all-hearing ability. So the main objective of our lives should be to please Allāh (subḥānahu wa taʿālā) by looking after our bodies as they are a trust from God, by fulfilling our roles and responsibilities as defined by Sharīʿah, and by increasing our ʿibādah and doing of good deeds.

Making a change and establishing good habits requires commitment and studies have shown that this can be achieved by planning short-term and long-term goals and making small changes in habits – to change behaviour we have to change attitudes.[viii]

It is also important to realise that when we are faced with a task that appears challenging and daunting, there are strategies that can be used to break down the task into more manageable chunks.

The Muslim community needs to wake up to the seriousness of adverse weight gain and its complications. Women, in particular, tend to become complacent about their own health, especially in later years, and this attitude needs to be addressed. Those who are concerned about their health may be reluctant to engage in social activities, like taking a walk in the park, for fear of safety or adverse remarks from friends and family. The last census recorded over 20% of Muslims aged 65 or over as being in poor health. All members of the Muslim community in UK should be valued for their contribution to society at large and to the welfare of others. Setting up local women’s groups is a step forward to encourage and support a healthy lifestyle, to enhance friendship and to spread information about healthy choices and food preparation. More gender specific activities and classes need to be made available where Muslim women can be comfortable and still maintain modesty. As has already been mentioned, the environment plays a major role in developing a particular lifestyle and Muslim, and non-Muslim, owners of fast food restaurants should provide healthy alternatives on their menu.

The Prophet (sall Allāhu ʿalayhi wa sallam) was reported to have said that his nation would be known as people who only eat when they are hungry and when they do eat, are mindful of taking only as much as will suppress the appetite. If we aspire to the heights of the Saḥāba (raḍiy Allāhu ʿanhum) in all other matters, we should aspire to adopt their attitudes in this matter, too. Though there is no one single cure for obesity, now is the time to try to tackle it with duʿā’, action and commitment.