How Some People Misinterpret the Qur’an 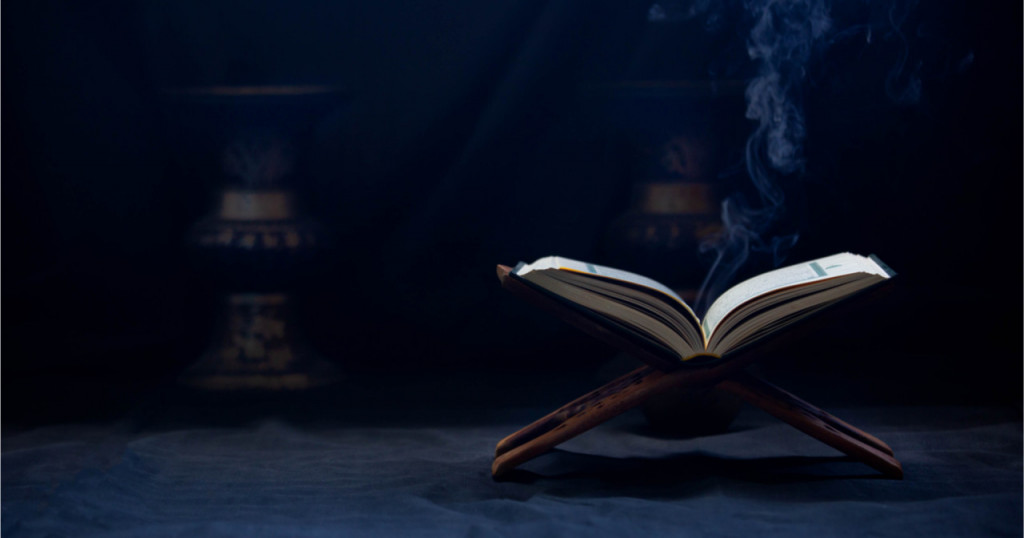 In the first article we discussed a crucial fact about Qur’an interpretation revealed in one of its most important verses. Allah tells us that some of the Qur’an’s verses are muḥkamāt (unequivocal), which are self-explanatory; whilst others are mutashābihāt (equivocal), requiring additional clarification from the muḥkamāt to understand their intended meaning. Allah also warns us that there are two types of people with respect to these verses: (1) those “well-grounded in knowledge” who interpret verses as intended; and (2) those “in whose hearts is a deviation”, who pursue the mutashābihāt for various reasons. In this article we will discuss their signs and how to protect ourselves from harm.

Also read: How To Deform Islam

By Allah’s grace, the deviants who hide their motives behind the façade of Islamic texts have clear and manifest signs. Below are a few to look out for in their posts, writings, and public appearances.

The first: An eagerness to make the Islamic texts appear contradictory

Despite their doubts being as old as the hills and ones that scholars have addressed centuries ago, nevertheless such figures use every occasion to share the “contradictory” texts, not realising that the incongruity is only in their minds and skewed understandings, not in the texts.

When the Prophet ﷺ saw a group of people arguing with respect to a verse in the Qur’an, he said to them:

“Behold, O people! This is how the nations before you were destroyed: by their disputation with their Prophets and their attempts to contradict parts of the Books with other parts. The Qur’an does not contradict itself. Rather, it testifies to the truth of itself. Therefore, whatever of it you have knowledge in, implement it, and whatever you do not know of it, then refer it to those who have knowledge in it.”[1]

The second: The sum total of their focus is on the mutashābihāt

Should one word summarise their track record, it would likely be mutashābihāt. It defines them. They approach the texts with preconceived ideas and personal desires; consequently, there is no sincere drive to discover Allah’s intended meaning behind a text. Instead, the goal is to facilitate their ideas and fetishes at any cost, even if it means twisting the texts impossibly till they align with their yearnings.

They will, for example, present a case for the permissibility of fornication, citing:

“So for whatever you enjoy from them, give them their due compensation as an obligation.”[2]

They have severed this passage from its context, from other verses of similar wording and, more importantly, from the muḥkamāt verses on the very same topic, like:

“Do not go near adultery. It is truly a shameful deed and an evil way.”[3]

Or when Allah said:

“(And they are those who) do not commit fornication. And whoever does this will face the penalty. Their punishment will be multiplied on the Day of Judgment, and they will remain in it forever, in disgrace.”[4]

Had they been on a genuine search for the truth, they would have referred the equivocal verse above to these muḥkamāt, and as a result realised the intended meaning, namely that there is the obligation of giving a dowry in return for the enjoyment of marriage. This is similar in meaning to the verse immediately after it:

“So marry them with the permission of their people and give them their due compensation [i.e., mahr] according to what is acceptable.”[5]

However, when such people are blasted by scholars for positing opinions that contradict unanimous consensus, they respond by saying that it is not simply their opinion, but it is also found in the Islamic texts. In reality, it is a mere deceptive pursuit of the mutashābihāt by “seeking doubt and seeking an interpretation (suitable to them)”.

The third: The following of whims

Religious innovations and the following of whims come hand in hand. This is why the innovators were traditionally labelled as Ahl al-Ahwā’, that is, the people of whims. Allah said:

“Now We have set you (O Prophet) on the Way of faith. So follow it, and do not follow the desires of those who do not know.”[6]

Therefore, according to Allah, it is one or the other: the way of faith or the pursuit of desires.

“I do not know of any individual from the people of whims (innovators) who argues using anything but the mutashābihāt.”[7]

As a rule, whenever one’s search for Islamic “evidences” is steered by desires, the outcome will almost always be misguidance.

“And do not follow desires or they will lead you astray from Allah’s Way.”[8]

The fourth: Bringing to light the so-called problematic texts

They are heavily invested in sharing the ‘problematic’ matters in order to bring themselves to fame, stir doubts, or do a bit of both. Their interest lies in the (perceived to be) strange texts or topics to preoccupy the Muslim mind. Speaking about them, al-Ḥasan al-Baṣrī said:

“The worst of people are those who selectively choose the erroneous matters in order to blind the people.”[9]

“The worst of knowledge consists of the strange matters. The best knowledge is the apparent form which people transmit by mass.”[10]

For these reasons, our predecessors vehemently slammed this door shut in the face of those who merely thought about opening it.

A man once said to the great Imam of Hadith al-Shaʿbī: “I have saved a few (problematic) questions for you.” He responded:

Another man asked al-Shaʿbī: “What is the name of the devil’s wife?” He responded:

A third person asked al-Shaʿbī, “Is it permissible for the pilgrim to itch his skin?” He said, “Yes.” The questioner asked, “To what extent?” He replied: حتى يبدُوَ العظم “Till you can see your bones.”[13]

At face value, these answers are amusing, but a tremendous wisdom lies between the lines; a precedent is being set as to how the potentially problematic and unnecessary matters are to be nipped in the bud, thereby ensuring that the future floodgates of doubts are never released.

The fifth: They will argue a case for them

They do not merely share these ‘problematic’ texts, but present a diehard case for them using whatever platform they have, just as Allah described:

“…and they argued in falsehood, to discredit the truth with it…”[14]

“Every group that goes astray after having being guided is made argumentative.”[15]

In terms of noble actions, acts of worship, sacrifices, and lasting legacies, they are nothing. Nothing gives them prominence but argumentation on uncommon matters, as Maʿrūf al-Karkhī said:

In an era where fame is sought and desires are justified at any cost, it is vital that the Muslim knows how to deal with the mutashābihāt, as well as with those who make a living off of them. How does the Muslim protect his faith, keeping it on the shores of safety?

Use the muḥkamāt as your guide

When a text comes your way that is suggestive of more than one meaning, endeavour to understand it in light of the many unequivocal texts of the same topic, until you receive closure from a person of knowledge. Be consensus-inclined and do not create any risks for your faith.

Refer to the experts

Each field has its specialist. The same way that we do not entrust our health to doctors on the basis of their online presence or followership, why do so many see Islamic scholarship as an exception, entrusting their hereafters to the untrained and unacclaimed?

“Allah does not take away knowledge by removing it from men, but takes it away by taking away the learned, so that when He leaves no learned man, people will take ignorant ones as leaders. Causes will be presented to them and they will pass judgment without knowledge, causing them to go astray and leading others astray.”[18]

Do not give them a piece of you

Remember how cautious you were of COVID-19, particularly during its initial outbreak? Let the distance you keep from the pursuers of the mutashābihāt be even greater. This is actually not my own personal advice.

“If you see those who follow the mutashābihāt, then those are the ones whom Allah has named (i.e. as having deviation), so beware of them.”[19]

Keep your whims at bay

At the heart of the cynical obsession with the mutashābihāt is following one’s hawā’ (whims). We are all victims of this phenomenon in one way or another. However, whims are one thing, but allowing them to metamorphose into an ideological persuasion by searching for an Islamic copout is altogether different. To meet Allah with a lingering sin that you never really overcame but lived with in regret is far better than to meet Him having lost every sense of guilt due to a “text” which an imposter comforted you with and put your guilt at ease.

Beg Allah for clarity and steadfastness

Going back to the initial verse from Surah Āl ʿImrān, Allah describes how the people of knowledge approach this topic, saying:

“As for those well-grounded in knowledge, they say, ‘We believe in it. All of it is from our Lord.’ But none will be mindful except the people of reason.”[20]

The verse after it then describes their duʿā’:

“Our Lord! Do not let our hearts deviate after You have guided us. Grant us Your mercy. You are indeed the Bestower.”[21]

After Allah, the hopes of the Ummah are on you

Till the end of time, a select group of Muslims will stand as vanguards of the religion who – by virtue of their dedicated pursuit of knowledge and, just as importantly, impeccable ethic of worship – will be able to see right through the tampering of hypocrites and deviants.

“In every successive century, there are authorities who will preserve this knowledge by dispelling the alterations of the extremists, the false claims that liars make for themselves, and the misinterpretations of the ignorant.”[22]

Becoming one is a mission worth pursuing. I trust you will make it yours.

[17] al-Bukhārī and Muslim, on the authority of Nuʿmān b. Bashīr.