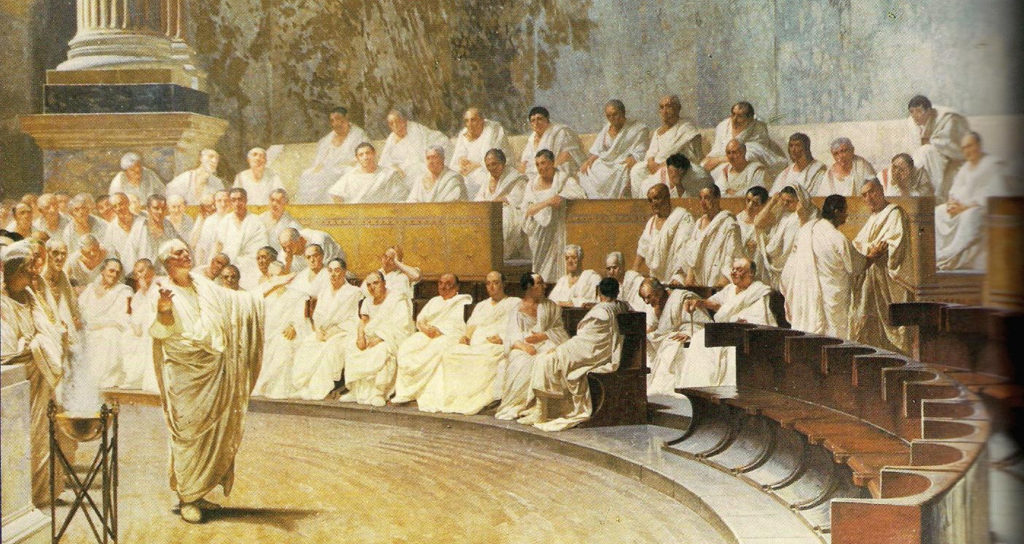 For many Muslims, politics always has a negative stigma attached to it. The reasons for this vary from the abuse of political power from those in authority to the misunderstandings surrounding the nature of politics and the position of Islām towards it. The lack of clarity vis-à-vis politics and its relationship with Islām requires us to clarify the position of Islām regarding politics and how this understanding should impact our day to day lives. This is especially true since we live in an era where many specious arguments are levelled against Islamic political theory.

We also live in an era where vague terms such as ‘Islamism’ and ‘political Islām’ and loaded slogans such as ‘manmade laws’ and ‘democracy is kufr’ are confusing the masses. At the same time many are capitalising confusion in order to secularise our understanding of Islām. The aim of this series therefore is to remove the misconceptions regarding Islām and politics and to impart a sound understanding of the comprehensive nature of Islām.

As Muslims living as a minority in the West, we also face many challenges on a social and political level. How should we face those political challenges in particular? Should we completely exclude ourselves from political life since we are living under a manmade system of governance? If democracy and voting are considered shirk in all aspects, then should we seek to participate? If we choose to participate what guidelines and guiding principles should be employed when engaging with political life? All of these questions will be dealt with by the will of Allāh (subḥānahu wa taʿālā) in the course of this series.

May Allāh (subḥānahu wa taʿālā) endow us with a sound understanding of the religion and grant us the ability to safeguard this understanding from all doubts and specious arguments and allow us to positively influence those around us. Āmīn.

The use of the word developed until it became a reference to the way people govern themselves. What follows is a list of some of the definitions and explanations offered for ‘politics’.

“Politics is the activity or process by which groups reach and enforce binding decisions affecting the collectivity as a whole.”[1]

“Politics is essentially a process that seeks to manage or resolve conflicts of interest between people, usually in a peaceful fashion. In its general sense it can describe the interactions of any group of individuals, but in its specific sense it refers to the many and complex relationships that exist between state institutions and the rest of society.”[2]

“The art or science of government or governing, especially the governing of a political entity, such as a nation, and the administration and control of its internal and external affairs.”[3]

The term possesses varied uses and nuances. But three aspects of politics are clear:

It also exists on a micro level as well. Small groups such as families or parent/teacher associations also engage in their respective politics. The main thing that unites the micro and macro level is the conflict of different interests. People or groups of people who want different things—be it power, money, liberty, and so on—face the potential of conflict when these things are in short supply. Politics begins when their interests clash. At the micro level we use a variety of techniques to get our own way, such as persuasion, rational argument, irrational strategies, threats and bribery. At the macro level, states establish complex procedures for the management of such conflicts.

As it can be seen, there is no unified and agreed upon definition of what defines politics, but it has certain qualities that we can use to describe or identify it. As one author states:

“Politics is difficult to define yet easy to recognise.”[4]

In Arabic politics is called Siyāsah. Siyāsah is derived from the root letters س-و-س which convey a number of different meanings such as leadership (qiyādah, ri’āsah), planning and management (tadbīr). The following are examples of how it was used:

“He managed or tended the beasts.”

“They made him or appointed him ruler or governor over them.”

Lane’s Lexicon states: “He ruled or governed the subjects; presided over their affairs as a commander or a governor, or the like.” [5]

He also stated that the term siyāsah: “signifies the managing of a thing in such a manner as to put it in a right or proper state.”

The term siyāsah or any other derivative from the same root letters have not been mentioned in the Qur’ān. However, the concept has been mentioned throughout the Qur’ān via terms and concepts such as ṣalāḥ/iṣlāḥ (rectification), enjoining the good and forbidding the evil and judging by what Allāh (subḥānahu wa taʿālā) has revealed, and so forth.

“Banū Isrā’īl used to be ruled and guided by prophets (تَسُوسُهم), whenever a prophet died, another would take over his place. There will be no prophet after me, but there will be Caliphs who will increase in number.” The people asked, “O Allāh’s Messenger (sall Allāhu ʿalayhi wa sallam)! What do you order us (to do)?” He said, “Obey the one who will be given the pledge of allegiance first. Fulfil their (i.e. the Caliphs) rights, for Allāh will ask them about (any shortcoming) in ruling those Allāh has put under their guardianship.”[6]

ʿUmar b. al Khaṭṭāb (raḍiy Allāhu ʿanhu) said: “Indeed I know – by the Lord of the Kaʿbah – when the Arabs will be destroyed; when their affairs are governed (إذا سَاسَ أمرهم) by other than the companions of the Prophet (sall Allāhu ʿalayhi wa sallam) or by those who do not know how to deal with jāhiliyyah.”[7]

It is important to note that historically, jurists did not view siyāsah to be a separate entity from the corpus of fiqh (Islamic jurisprudence) as it was considered an integral part of it. Thus, there was no need to categorise siyāsah separately from fiqh. The need to define politics Islamically arose as a result of the disappearance of Islām in the form of a political entity and the rise of secularism.

Otherwise, as an independent term siyāsah could be defined as being synonymous with the aḥkām sulṭāniyyah (laws of governance), which are,

“Laws and dealings which are used to govern the Islamic state, internally or externally, according to Islamic sharīʿah, whether that is based on a particular text (naṣṣ), consensus, analogy or a generic sharʿī based principle.”[8]

“Siyāsah refers to those actions by which people are closer to ṣalāḥ (proper or right conditions) and more distant from fasād (corruption) even if those matters where not legislated by the Messenger (sall Allāhu ʿalayhi wa sallam) or had any revelation revealed by Allāh (subḥānahu wa taʿālā) regarding it.”[9]

Ibn Khaldūn defined it as:

“Politics is of two types: siyāsah ‘aqliyyah (rational politics) whereby the governing and organising of peoples’ welfare is entrusted to man’s discretion. This is also called civil politics (siyāsah madaniyyah). Then there is the shar’i form of politics whereby the governing and organising of the welfare of people is determined by religious texts or what they indicate and allude to, or is deduced by the intellect to fall in line with the overall objectives of the sharīʿah.”[10]

“It is the enactment of the ruler for the welfare (of people) which he sees to be befitting even though there may be no specific scriptural evidence for it.”[11]

From the above two understandings there is an emphasis on maṣlaḥah (public welfare) unlike ritual acts which are not in essence bound by it since they are not tied to rational effective causes (that is, they are not muʿallal). Hence, the need for a distinction between the different types of rulings becomes apparent.

Classical Literature on Politics and Laws of Governance in Islām

As stated already, the term has indeed been used in ḥadīth literature. It and other related terms have also been mentioned in latter works by scholars. For example:

Issues that are discussed in such works include the obligation of imāmah, obligation of hearing and obeying, rulings pertaining to appointing and deposing of rulers, conditions and traits of the rulers, different ministries: judicial, crime, war, Ḥajj and other topics, which will be explained later in this series, if Allāh wills.

For many, politics has a negative stigma attached to it due to its common association with corruption and abuse of power. It also became linked to manipulation by a group of people to achieve certain goals or attain personal interest. Aneurin Bevan said : “I have never regarded politics as the arena of morals. It is the arena of interest.” Some went as far as to claim that Politics as a term is based on the words Poly and Ticks, Poly meaning many, and ticks meaning blood sucking parasites! Many phrases betraying a negative perception of politics are also in common use, such as, “Politics is like the ‘awrah of a person; it should not be looked at nor should it be touched!” and “It is from politics to abandon politics!”

One could speculate as to the hidden causes behind such a perception of politics among the general public. However, one thing that is clear is that those who benefit most from the disengagement and exclusion of the masses from politics are those already with considerable power and privilege. This widespread negative perception of politics and resultant disempowerment of citizens, however, should not influence the authority that it holds within Islām. Imam al-Sakhāwi said:

“From the greatest errors of the rulers and governors is that they called their actions which were at odds with the Islamic law: siyāsah. However, it is Islamic law (shar’) which is siyāsah and not the actions of the ruler which are based on his desires and personal opinions.”[12]

[3] The American Heritage Dictionary of the English Language