#MothersDay – an innovation or Islamic obligation? 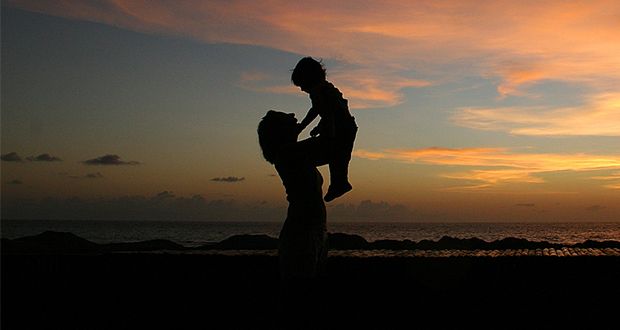 “Push” I yelled. My request was met with a stern glare. I needed a different tact. The Rocky theme tune started playing in my head, channeling the Italian Stallion with a dash of Mr Miyagi.  I took my wife’s hand and said: “You can do this (Daniel-San)!” My enthusiasm was met with last night’s dinner being regurgitated onto me. “So sorry” my wife said (read: “That’ll teach him.”)

Exhausted myself, looking at my wife with pride and amazement at her 17 hours of physical and mental endurance, it was only then that I began to realise why mothers have such a high status in Islām. Allāh (subḥānahu wa taʿālā) says:

“We have enjoined on man kindness to his parents; in pain did his mother bear him, and in pain did she give him birth”[1]

“Your Heaven lies under the feet of your mother”[2]

Obsessing about feeds, changing nappies, teething, falls – the list is endless. Parents do all this without a second thought; the ultimate expression of unconditional love. Parents do all this, and yet some think that they were born adults. That no one changed their nappy, or fed them when they cried in hunger, or picked them up when they fell. Each of our parents did so much for us, without whom we would not, after Allāh (subḥānahu wa taʿālā), be here today.

Celebrating motherhood can be traced back to the ancient Greeks and Romans who held festivals in honour of the mother ‘goddesses’ Rhea and Cybele.[3] However, the clearest modern precursor to Mother’s Day is the early Christian festival known as ‘Mothering Sunday’ which falls on the fourth Sunday of Lent. Having said that, some Christians will be at pains to differentiate between ‘Mothering Sunday’ and ‘Mother’s Day’.[4]  The latter in America is the second Sunday in May, as proclaimed by President Wilson in 1914 after a determined campaign by Anna Jarvis. In memory of her late mother and annoyance that most American holidays were for honouring male achievements,[5] Anna Jarvis had a simple laudable aim: for children to write their mother a little note expressing their appreciation.

Plastered over billboards, dominating the supermarket isles, constantly being advertised on TV – it is difficult not to realise today is Mothering Sunday. #MothersDay is trending on twitter. Yet, a clever tagline like ‘Make Mother’s Day Special’ cannot detract from a simple fact: the commercialisation of the most sacred relationship in humanity. The bond between a mother and child is sacrosanct. Special. Unique. It should be cherished and celebrated, not commercialised, not exploited to get the cash-tills ringing. The cheapening of Mother’s Day was not lost on its founder Anna Jarvis who campaigned equally hard against florists, greeting card companies and anyone else who wanted to make a buck out of this holiday.[6] Anna Jarvis commented:

“Confectioners put a white ribbon on a box of candy and advance the price just because it’s Mother’s Day. There is no connection between candy and this day. It is pure commercialisation.”

The tide of consumerism was too strong even for this devoted and determined woman. Around 20 billion dollars will be spent on Mother’s Day in the USA alone.[7]  In the UK a ‘mere’ £400 million, on average, is spent.[8]

Let us step back for a moment and ask our mothers what they really want? We may be surprised to hear that they would rather go for a walk with us in the park and look at pretty flowers than receive a sterile, mass-produced bouquet prepared by a stranger. Instead of a box of chocolates, our mothers may prefer us to prepare them a meal, switch the phone off and give them our undivided attention. This is not to say we should not buy our parents presents.

Our mothers do not want to us to express our love with material goods but rather to give them what is far more precious: our time and attention. Devoting ourselves to our parents takes greater importance when set against the backdrop of an ageing population. The demands of modern life are immense. Some Muslims may consider that the answer to caring for an ageing Muslim population is to create more Muslim-friendly care homes or, indeed, to build Muslim-dedicated care homes.

Care homes, even the best of them, are not pleasant places to live. No matter how dedicated the staff (let us not forget the numerous cases of abusive staff) they can never be a substitute for loving, caring, children and grandchildren. We need to assert that our faith teaches us kindness and mercy to our elders, especially our parents. We, as a Muslim community, must take looking after our elderly parents as a source of pride and not a burden. Kindness to parents is one of the greatest deeds in Islām and it is a path which leads directly to Paradise. The noble Messenger (sall Allāhu ʿalayhi wa sallam) warned:

Sadly in our community there are some who are not only oblivious of their obligations towards their parents but are openly disobedient. They cause their parents distress in this life, and cause the possible destruction of their own life in the Hereafter. This is a sign of the Day of Judgement. In a ḥadīth narrated on the authority of ʿUmar (raḍiy Allāhu ʿanhu), the angel Jibrīl (ʿalayhi al-Salām) asked Muḥammad (sall Allāhu ʿalayhi wa sallam) about the signs of the Day of Judgement and he (sall Allāhu ʿalayhi wa sallam) replied:

“They are that the slave-girl will give birth to her master.” [11]

Al-Hāfith b. Hajar  (raḥimahu Allāhu) commented on this: ‘A slave woman giving birth to her master’ means that there will be widespread undutifulness among children, so that a child will treat his mother as [an oppressive] master treats his slave woman – with humiliation, insults, assault and servitude. Thus, he was figuratively referred to as her master, or it means the master who has control over her, and thus it was used in its real sense, and this is the soundest opinion for me, for it is general and because this condition of people, although unusual, indicates immorality and corruption.”

No matter what we do for our parents, we will never do enough to ‘repay’ them. On the Day which will last 50,000 years you will not regret a single moment in service of your elderly parents. Indeed we should prefer our parent’s needs to those of our children. Ibn ʿUmar (raḍiy Allāhu ʿanhu) narrated that the Messenger of Allāh (sall Allāhu ʿalayhi wa sallam) said:

“Three men went out walking and rain began to fall on them. They entered a cave in a mountain, then a rock fell (blocking the entrance to the cave). They said to one another, Pray to Allāh by virtue of the best deeds that you have done. One of them said, O Allāh, my parents were elderly and I used to go out and tend to my flocks, then I would milk them and bring the milk to my parents for them to drink from it, then I would give some to my children. One night I came home late and found them sleeping. I did not want to wake them and the children were crying at my feet. I kept waiting and the children kept crying until dawn broke. O Allāh, if You knew that I did that for Your sake, then open a way for us through which we can see the sky. So a way was opened for them…”[12]

Ibn Kathīr commented regarding the verse:

“And We have enjoined on man to be dutiful to his parents.”[13]

“Allāh commands His servants to be dutiful to his parents … because a person’s parents are the cause of his existence (by His (subḥānahu wa taʿālā) permission). So he must treat them with the utmost kindness and respect, his father for spending on him and his mother because of her compassion for him.”

From Cairo to California, London to Lahore; “Repent for your sins!” is an oft repeated phrase. Yet when we are reminded to repent, how many of us bring to mind our disobedience of our parents? How many of us have taken heed of:

“And that you be dutiful to your parents. If one of them or both of them attain old age in your life, say not to them a word of disrespect, nor reprimand them but address them in terms of honour. And lower unto them the wing of submission and humility through mercy, and say: My Lord! Bestow on them Your mercy as they did bring me up when I was young.”[14]

Ibn Kathīr explains: “[This] means, do not let them hear anything offensive from you, do not even say ‘uff’ which is the mildest word of disrespect. ‘Nor reprimand them’ means, do not do anything hurtful to them.”

The vast majority of Muslims in the west are from Muslim ancestry. Our parents and grandparents are Muslim. Praise Allāh (subḥānahu wa taʿālā) for that. We should have compassion for our revert brothers and sisters whose parents have not accepted the Dīn of Islām (yet). Such a burden it must be for them to know the truth of Islām, aware of the final abode of the disbelievers and seeing their dear mothers and fathers not embracing this faith. May Allāh soften the hearts of the parents of our revert brothers and sisters to Islām, and enter them all into al-Jannah.

Service and kindness to our parents should not only be taken in a material sense. Rather, what is more important to you? To provide them comfort in this life for x number of years, or comfort in the next which will never end? Our elderly parents are ostensibly closest to death, yet how many organisations exist to cater for their Islamic education? There are Family Fun days, retreats, conferences, and numerous youth activities but when was the last time there was an event catering for the elderly Muslims?

Everyday is Mothers’ day for a Muslim. It is an Islamic obligation to celebrate our mothers but certainly not in the manner in which we are programmed to do so by glossy adverts or singling out “Mother’s Day”. Rather, we should honour our mothers in our own way by service, kindness and affection to our parents, not just today but every day and at every opportunity. Do not wait until ‘later’ but go and give your mum a hug now and tell her how much you love her. One day, sooner than you think, you will not be able to. And if that day has already come, make du’ā for her, give sadaqah for her and keep good ties with her family and friends.

As we serve and make du’ā for our own mothers, we spare a thought for the countless bereaved mothers such as that of Treyvon Martin, the innocent, young black teenager shot dead whilst walking home after buying skittles for his friend.[15] We say: black lives matter. We also recall the elderly, hungry, cold and displaced women of Syria and elsewhere and say: you are also our mothers.