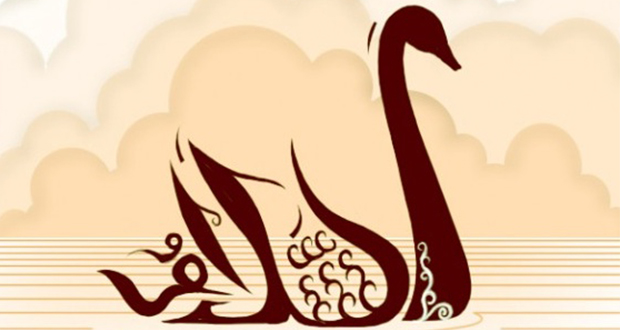 Muslims are often portrayed in the media as hot-headed individuals looking to stir up trouble and cause conflict. However, if the primary sources of Islām are consulted, it is evident that this state of affairs could not be further from the truth. The fact is that the Qur’ān and Sunnah encourage believers to be advocates of peace. Peace is the very essence of Islām. Inwardly, peace and contentment encompass a true believer: one who has strong faith and consciousness of Allāh (subḥānahu wa taʿālā). This peace then resonates outwardly, pervading society with hope and contentment. One of the ultimate aims of Sharī’ah is the development of personal character and social values of brotherhood and justice.

‘The believers are but brothers, so make settlement between your brothers. And fear Allah that you may receive mercy.’[1]

Allāh (subḥānahu wa taʿālā) has ordained Muslims to be as brothers to each other and the maintenance of that relationship ensures mercy from Him. Conversely, where there are disagreements or confrontations, it is imperative that Muslims mediate to try to resolve the conflict on favourable terms as soon as possible. The Messenger of Allāh (sall Allāhu ʿalayhi wa sallam) was reported by ʿAbdullāh b. Masʿūd to have said that:

‘Abusing a Muslim is an outrage and fighting against him is unbelief.’ [2]

‘The whole of a Muslim is inviolable for another Muslim: his blood, his property, and his honour’

Dealings with non-Muslims should also conducted in a fair and respectful manner, avoiding conflict – as was the example of the Prophet (sall Allāhu ʿalayhi wa sallam).

Peace does not necessarily mean the absence of conflict. In fact, if managed correctly, conflict may become the catalyst for creativity and positive change. Peace is established when justice is maintained, taking measures to avoid conflict in the first place or to manage conflict and restore order and justice.

“And the Heavens He has raised high, and He has set up the Balance (of justice); in order that you may not transgress (due) balance. So establish weight with justice, and fall not short in the balance.”[3]

‘No good is there in much of their private conversation, except for those who enjoin charity or that which is right or conciliation between people. And whoever does that seeking means to the approval of Allah – then We are going to give him a great reward.’[4]

The service of reconciliation has been put on par with giving charity and so qualifying for reward from Allāh. On the other hand, stirring up trouble is paramount to disobeying God and being the cause of disunity. The importance of establishing peace in Islamic teachings should be made known and could go some way in dispelling the myth that Islām ‘was spread by the sword’ and that Muslims do not have much to offer except being instigators of conflict.

The Qur’ān and the Sunnah provide ample examples of restoring peace and justice in all spheres of life and these methods of reconciliation are still relevant in our times. The Qur’ān provides guidelines to manage conflict while the Sunnah provides instances of the implementation of these teachings. The underlying factor in all social interactions has to be the belief that not only are our words and actions being recorded and that Allāh (subḥānahu wa taʿālā) has complete knowledge of them, but also that we will be held accountable for the choices we make.

‘The recompense of an injury is an injury the like thereof; but whoever forgives and thereby brings about a re-establishment of harmony, his reward is with God; and God loves not the wrongdoers.’[5]

This verse clearly defines the role of believers as peacemakers. The best way to deal with a conflict is when you are in full control of your senses, you are ready to hear the grievances of your opposition and you can either meet them on their terms or reach a compromise which is agreed upon by both parties.

It is interesting to note that parties involved in a business transaction are required to write down the terms of their contract to avoid any potential disputes arising in the future. In the same way, marriage is formalised by a written contract that contains details of the spouses and information about any pre-nuptial agreements, including the value of the dowry payable by the groom. Despite this, however, disagreements arise between husband and wife. The Qur’ān provides guidance in the event of these disagreements escalating to confrontations that threaten the future of the marriage:

Trustworthy individuals from both parties mediate between husband and wife to find a peaceful resolution to their problems and if both wish for reconciliation then Allāh (subḥānahu wa taʿālā) will facilitate it.

The Prophet Muḥammad (sall Allāhu ʿalayhi wa sallam) encountered antagonism from people who refused to accept his mission and were adamant on remaining on the misguidance of their ancestors. The attitude with which he dealt with this animosity demonstrated the excellence of his character and the wisdom of his judgement while being guided by divine revelation. In the early days of Prophethood, he ordered his followers to adopt an attitude of passive resistance while the call to Islām gradually gained momentum. The Prophet (sall Allāhu ʿalayhi wa sallam) urged his followers to maintain correct etiquette in the face of hostility but remain with optimism in their hearts that adversity would give way to acceptance.

Upon migration to Madīnah, the Prophet (sall Allāhu ʿalayhi wa sallam) was swift to diffuse old tribal hostilities by uniting the Aws and Khazraj with a bond of brotherhood and proclaimed them the Anṣār. The newly united tribes eagerly welcomed the Makkan Muslims and were highly praised by Allāh (subḥānahu wa taʿālā) in the Qur’ān:

The Prophet (sall Allāhu ʿalayhi wa sallam) avoided further conflict from the different groups in Madīnan society by drawing up the Charter of Madīnah that proclaimed similar rights and responsibilities to all citizens.

When the Treaty of Hudaybiyya was being established, the Makkan pagans objected to the term ‘Messenger of God’ after the name of the Prophet (sall Allāhu ʿalayhi wa sallam). To avoid aggravation and further hostility, the Prophet (sall Allāhu ʿalayhi wa sallam) demonstrated great humility, judgement and far-sightedness by complying with the disbelievers’ request and asking his Companions to omit his title in order to facilitate reconciliation amid hostility.

In all his dealings with family, friend and foe, the Prophet (sall Allāhu ʿalayhi wa sallam) maintained a respectful, dignified approach even during armed conflict. He listened to the complaints of the other party and sought to resolve the situation in the best way possible.

The Islamic perspective on conflict resolution in the workplace draws on Islamic values and methodology. One such example is the SALAM method.[8] The acronym defines the steps to be taken to come to a peaceful agreement and avoid friction in a company:

As Muslims we should portray Islām as the means to peace in all our social dealings. We can develop interpersonal skills by implementing the Sunnah in our lives. Our default attitude should be to avoid unnecessary conflict by adopting a humble approach to life and helping restore peace and justice by acting as mediators. Despite the uncompromising image of Islām as it is portrayed in the West, Muslims must adhere to the Dīn, fulfil their personal and social obligations and be proud of their traditions. Muslim should neither be apologetic or complacent when putting their viewpoint across, as long as it is backed with knowledge and the listener is respectfully engaged. As believers we know that, inshāAllāh, Allāh (subḥānahu wa taʿālā) is on our side. We just have to try to make a difference and place our trust in Him who is the possessor of all knowledge and power. It is a huge challenge to change perceptions of a religion and its followers who are being misrepresented and demonised at an escalated level, but we should always be hopeful and positive. Islām is the religion of true, just and meaningful peace and it is our duty to convey this with wisdom and diplomacy.